There's Another Thing Killing The Coral Reefs, and We Can Actually Fix This Problem

Coral reefs are one of the most threatened ecosystems on our planet, and in the past two decades alone, half of the coral in Florida has died off completely. Global warming is known to be a deadly factor, but rising ocean temperatures are only part of the story.

Thirty years of research in the Looe Key Sanctuary Preservation Area (LKSPA) on the southern tip of the Florida Keys has now revealed the cost of a devastating threat to coral that rivals even climate change: direct human pollution.

For years, agricultural run-off and improperly treated sewage have flowed into Florida's ocean waters from the northern Everglades, elevating the sanctuary's nitrogen levels and lowering the reef's temperature threshold for bleaching, researchers say.

As a result of this deadly combination, coral cover in the region has declined from nearly 33 percent in 1984 to less than 6 percent in 2008.

In their analysis, the authors found that three mass bleaching events that occurred during these years only happened after heavy rainfall and increased land-based runoffs. In other words, if we can reduce the amount of local pollution that makes its way into our oceans, we might be able to reduce the worst of the damage.

"Citing climate change as the exclusive cause of coral reef demise worldwide misses the critical point that water quality plays a role, too," says ecologist James Porter from the University of Georgia.

"While there is little that communities living near coral reefs can do to stop global warming, there is a lot they can do to reduce nitrogen runoff. Our study shows that the fight to preserve coral reefs requires local, not just global, action." 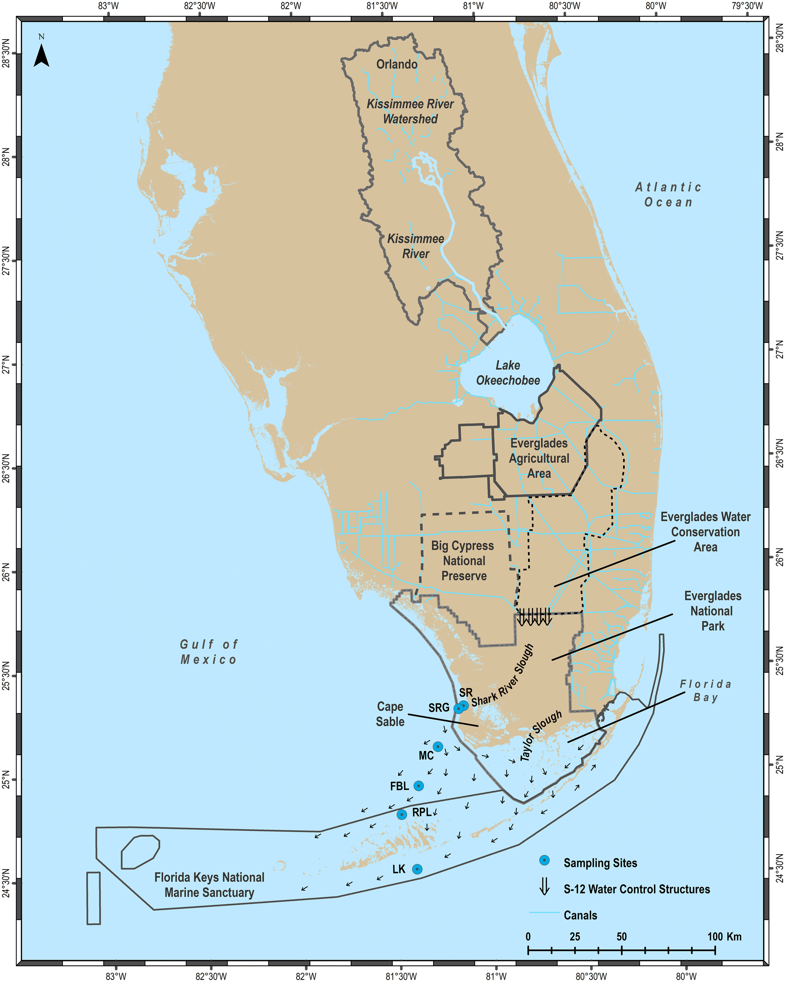 Elevated nitrogen levels are known to cause corals metabolic stress, increasing their susceptibility to disease and boosting algal blooms that reduce light and accelerate coral reef decline. Nevertheless, scientists are still not sure how these changes relate to the growing problem of mass coral bleaching, disease, and mortality.

Previous studies have shown that between 1992 and 1996 - when Florida's freshwater flows were directed south against scientific advice - there was a 404 percent increase in coral diseases throughout the Florida Keys National Marine Sanctuary (FKNMS), which, like the LKSPA, also sits downstream from the Everglades.

Some have suggested that these changes are linked to the 1997/1998 El Niño years, but the timing is slightly off and relatively little attention has focused on what role river runoff might have played.

In fact, a local review of nutrient pollution in the FKNMS made absolutely no mention of these river runoffs, even though in places like Australia and the Caribbean, these pollutants have long been regarded as a threat to coral reef health.

The new study represents the longest record of reactive nutrients and algae concentrations for coral reefs anywhere in the world, and it suggests that coral reefs were dying off long before they were impacted by rising water temperatures.

"This analysis indicates that anthropogenic nutrient loading from local sources in the Florida Keys and regionally from the greater Everglades ecosystem is interacting with a changing climate to create conditions unfavourable for living coral at LKSPA," the authors conclude.

Unless we take action against both of these threats, things are only going to get worse. Around the world, nitrogen pollution flowing to the coast is predicted to increase by 19 percent, and that's simply as a result of changes in rainfall due to climate change.

If the world is serious about saving coral reefs, the authors say we must improve sewage treatment, reduce fertiliser inputs, and increase the storage and treatment of stormwater on the mainland.

The research has been published in Marine Biology.