A beating cardioid. (The Mendjan Lab)

Scientists have successfully grown a bundle of human stem cells into a tiny artificial "heart" the size of a sesame seed.

The pulsating mass is the first self-organizing miniature organ to resemble the human heart, including a hollow chamber enclosed by a wall of cardiac-like tissue.

Simple heart-like organs, or cardioids, have been built in the lab before, but only using a scaffold, a mold, or a matrix for the cells to assemble around.

This new cardioid model spontaneously constructed itself. All scientists had to do was coax the pluripotent stem cells in their dish using six signaling pathways known to coordinate heart development in the human embryo.

"It's not that we are using something different than other researchers, but we are just using all of the signals known," explains biologist Sasha Mendjan from the Austrian Academy of Sciences in Vienna.

These signals are known to lead to stem cell differentiation, allowing this artificial organ, or organoid, to develop distinct layers when tightly controlled.

After just one week of growing in the lab, researchers noticed their mass of cells had formed a 3D structure that could beat rhythmically, squeezing liquid in and out of its chamber-like cavity. 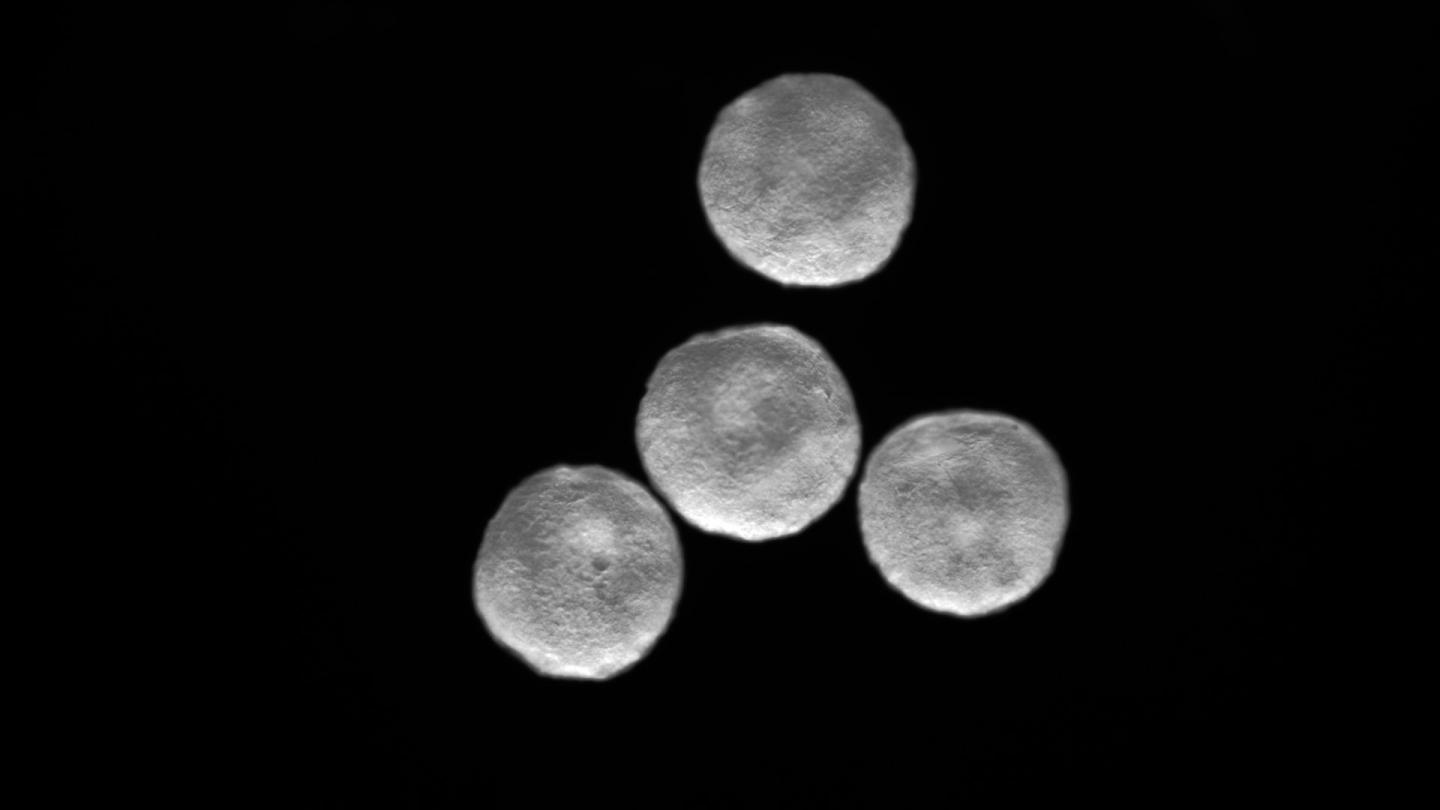 A collection of cardioids. (The Mendjan Lab)

The human heart is the very first organ to form in an embryo, and it is particularly complex. Scientists still aren't sure how it develops all its features.

Without this knowledge, it's not clear how or why certain heart malformations and diseases occur, or how we can best treat them.

In nature, the human heart first forms endocardial tubes, before later separating into cardiac muscle and an extracellular matrix filled with cardiac jelly. Only then does the inner lining of the heart chambers form.

The team's simple cardioid model now allows for a greater understanding of the "bare essentials".

"We want to come up with human heart models that develop more naturally and are therefore predictive of disease," says Mendjan.

"We think that this 'hidden magic' of development, the stuff we do not yet know about, is the reason why currently diseases are not modeled very well," he adds.

How this complex process occurs via signaling is still unclear, but the authors hope their new model will give us greater insight.

In the end, the team found the cardiac muscle and endocardial cells of their organoid were controlled by two initial signals, WNT and ACTIVIN. Once these cellular building blocks were created, they then began to interact with one other to form heart ventricles within the beating chamber.

When the team froze certain parts of the mini-hearts using a cold steel rod, they noticed some of the cells began to die, similar to what happens during a heart attack. At the same time, other repairing cells began to migrate to the damage and produce healing proteins.

The authors hope their model will allow us to test cardiac drugs for safety and efficacy before taking them to clinical trials. Today, only about 1 in 5,000 drugs make the jump from preclinical trials to drug development, which means there's plenty of room for improvement.

Testing drugs in the lab on heart-like organs might help improve these success rates, allowing us to determine which medicine is toxic or unlikely to have any effect in clinical trials.

Mendjan and his colleagues now hope to grow self-organizing cardioids with multiple chambers, similar to our own hearts, for further research on heart development and potential treatments.