Scientists have discovered a way to harvest electricity from the secretions produced by our eyes and several other parts of the body.

It's all thanks to a protein called lysozyme, which generates electricity when it's put under pressure, and if we can harvest it effectively it could become a new fuel source for all kinds of implanted devices.

Lysozyme, which is present in tears, saliva, milk, mucus, and egg whites, is an enzyme that helps break down bacterial cell walls – but in its crystallised form, researchers from the University of Limerick in Ireland found it can also be manipulated to produce an electrical charge.

By applying pressure to a film of lysozyme crystals squeezed between two glass slides, the team measured it producing a form of energy called piezoelectricity, where an electric charge accumulates in response to applied mechanical stress. 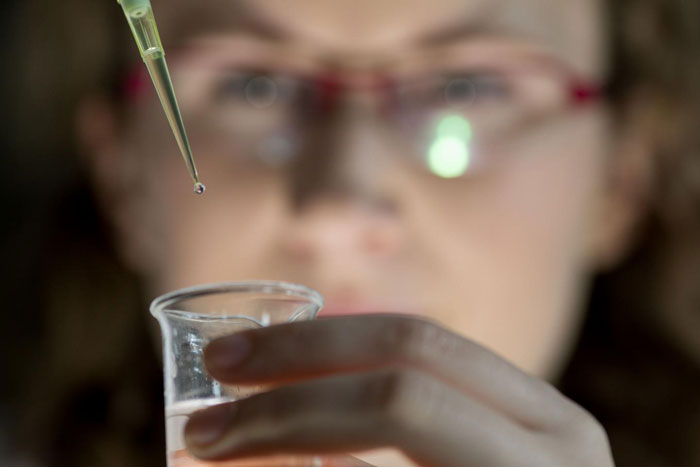 "While piezoelectricity is used all around us, the capacity to generate electricity from this particular protein had not been explored," explains one of the researchers, physicist Aimee Stapleton.

"However, because it is a biological material, it is non-toxic so it could have many innovative applications such as electroactive anti-microbial coatings for medical implants."

According to the team, the efficiency of lysozyme crystals rivals that of quartz crystals, which have long been known for their piezoelectric prowess, since being discovered by the French physicists Pierre and Jacques Curie in the late 19th century.

But quartz of course is a non-biological material, so finding an equivalent that's compatible with the inner body could open the door to all kinds of new implantable piezoelectric devices, and it's the first time the potential has been observed in something as simple as protein.

"This is a new approach," says lead researcher, Tofail Syed, "as scientists so far have tried to understand piezoelectricity in biology using complex hierarchical structures such as tissues, cells or polypeptides rather than investigating simpler fundamental building blocks."

If future research is able to take advantage of this discovery, the team anticipates a new era of flexible, energy-harvesting electronics could become possible.

This could include new kinds of implants that release drugs in the body, controlled and powered by sensors that detect lysozyme under the skin.

"We also imagine that lysozyme may be employed as a biodegradable, piezoelectric, and antimicrobial additive/coating to conventional implants," the team explain in their paper.

If this lysozyme-fuelled future eventuates, it won't be the first time this enzyme has contributed to scientific leaps.

The protein was once investigated by Alexander Fleming as an antibiotic candidate before he discovered penicillin, and was one of the first proteins to ever be mapped in three dimensions back in 1965.

"In fact, it is the second protein structure and the first enzyme structure that was ever solved," says one of the team, structural biologist Tewfik Soulimane, "but we are the first to use these crystals to show the evidence of piezoelectricity."

So the next time your heart breaks and your eyes start welling up into quivering pools of hurt, don't just wipe those tears away: press them.

The findings are reported in Applied Physics Letters.