Scientists Find New Way to Inject Plants With Medicine, And It May Help Save Our Crops

You may not think of plants as needing life-saving medicine, but that's sometimes the case when bugs and disease strike. Now, scientists have developed a super-accurate, highly delicate way of delivering drugs, and right where plants need them.

At the moment, plants can be sprayed with pesticides, which doesn't really penetrate to the roots, or they can be treated with large needles that aren't particularly precise, and tend to cause damage to the plants.

The new method makes use of microneedles or what the researchers are calling 'phytoinjectors', sitting on top of a silk-based biomaterial patch, which are able to hit a plant's circulatory system directly. Pesticides, in contrast, might travel between the root system and the leaves. 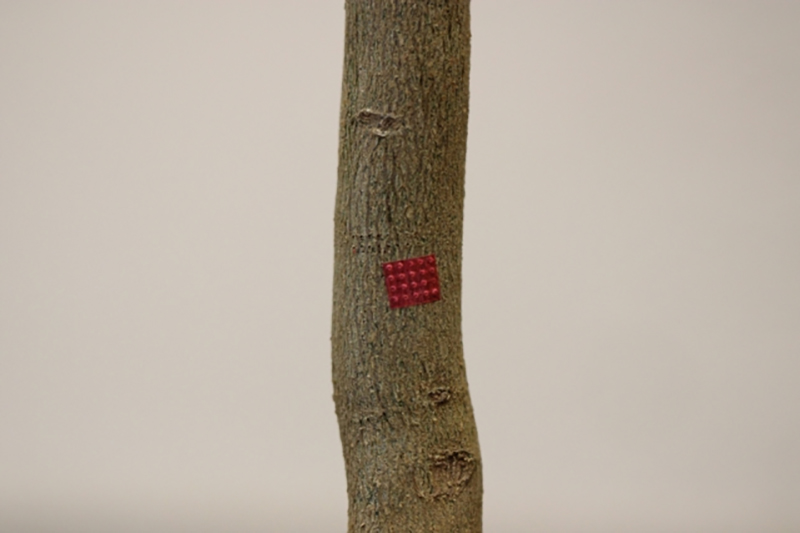 As well as delivering medicine or nutrients to different parts of the plant, the new mechanism could also be used to take samples of a plant, which are then transferred to a lab for analysis, or even to edit DNA (something the team has successfully tried).

"We wanted to solve the technical problem of how you can have a precise access to the plant vasculature," says mechanical engineer Yunteng Cao from MIT.

The motivation for the project came from the spread of the citrus greening disease across the US and other parts of the world, which threatens to flatten an industry worth $9 billion if a solution isn't found. Olives and bananas are other fruits under particular threat from disease across the world right now.

Previous work looking at the use of microneedles to deliver human vaccines was used as a starting point, with silk kept as the basis of the material holding the microneedles.

Silk is strong, doesn't cause a reaction in plants, and can be made degradable enough to get out of the way once the drugs have been delivered.

However, a lot also had to change compared to microneedles used on humans: plants have far less water available than the human body does, so the design had to be adapted.

The team of scientists was able to boost the silk's hydrophilicity (water-attracting capabilities), and come up with a new material more suited for plants.

"We found that adaptations of a material designed for drug delivery in humans to plants was not straightforward, due to differences not only in tissue vasculature, but also in fluid composition," says biologist Eugene Lim.

Tests of the material and its microneedled payload on tomato and tobacco plants showed that it could be successful as a drug delivery system. Fluorescent molecules were used to track the progress of the injection all the way from the roots to the leaves.

The system should adapt to other plants fairly easily, the researchers say, though scaling it up is going to prove more challenging. The work should prove useful for future projects though, both in delivering life-saving drugs to save plants from disease, and in engineering them to avoid disease in the first place.

"For the future, our research interests will go beyond antibiotic delivery to genetic engineering and point-of-care diagnostics based on metabolite sampling," says environmental engineer Benedetto Marelli.

The research has been published in Advanced Science.