If you've ever wondered how weird, deadly, and crazy-yellow Earth could get, look no further than Ethiopia's infamous Danakil Depression.

About 600 km north of Ethiopia's capital Addis Ababa, the Danakil Depression boasts hot springs that creep near boiling point, toxic chlorine and sulphur-rich vapours that will sear your lungs and make everything smell like farts (seriously), and magma-heated brine that transforms the whole thing into a retina-burning nightmare with shades of neon.

It might be one of the most inhospitable places on the planet, but the scientific knowledge we can glean from the Danakil Depression is invaluable, particularly when we consider that the best candidates we have right now for life elsewhere in the Universe aren't exactly lush with greenery and pleasantly mild temperatures.

The strange thing is, despite this place looking like a mad scientist's backyard, with more unique geology, chemistry, and what could be the hardiest lifeforms anywhere on the planet, no one's actually managed to study it properly. Until about three weeks ago, of course, when a team led by Felipe Gómez Gómez from Spain's Centre for Astrobiology led the first ever field expedition into the Danakil Depression.

From April 5th to the 7th, Gómez Gómez and his team measured temperatures, humidity, and pH and oxygen levels across several sites in the region's hot springs, while collecting samples of bacteria and testing out a new technique for DNA extraction. It might have been brief, but the trip was just the first in a series of planned expeditions that will see these researchers preparing the environment for access by the wider scientific community, which will help us to uncover its many secrets.

"There are very few scientific publications on the site and no biological descriptions, so we are genuinely exploring new ground from a scientific point of view," says Gómez Gómez. "It is an amazing but hostile place - the temperatures were 42 degrees Celsius [107 Fahrenheit] during the day and 30 degrees [86 F] at night, and the chlorine vapour burned our airways. Any microorganisms living here will be extremophilic microbes of a major interest to astrobiologists."

So… why so yellow? The very specific set of circumstances had to come together to create this other-wordly hue, but researchers suspect it's pretty much down to the blistering hot magma bubbling just below the surface, which is causing the vast salt deposits in the area to colour the landscape.

"The supersaturated brine emerges through hot springs in the floor of the craters," Hobart King explains at Geology.com. "As the brines evaporate in the hot arid climate, extensive salt formations are formed on the floor of the craters. These are coloured white, yellow, brown, orange and green by sulphur, dissolved iron, mud and the life activity of halophile algae."

While we wait patiently to find out what the researchers have uncovered so far, take a tour of what might just be the strangest place on Earth: 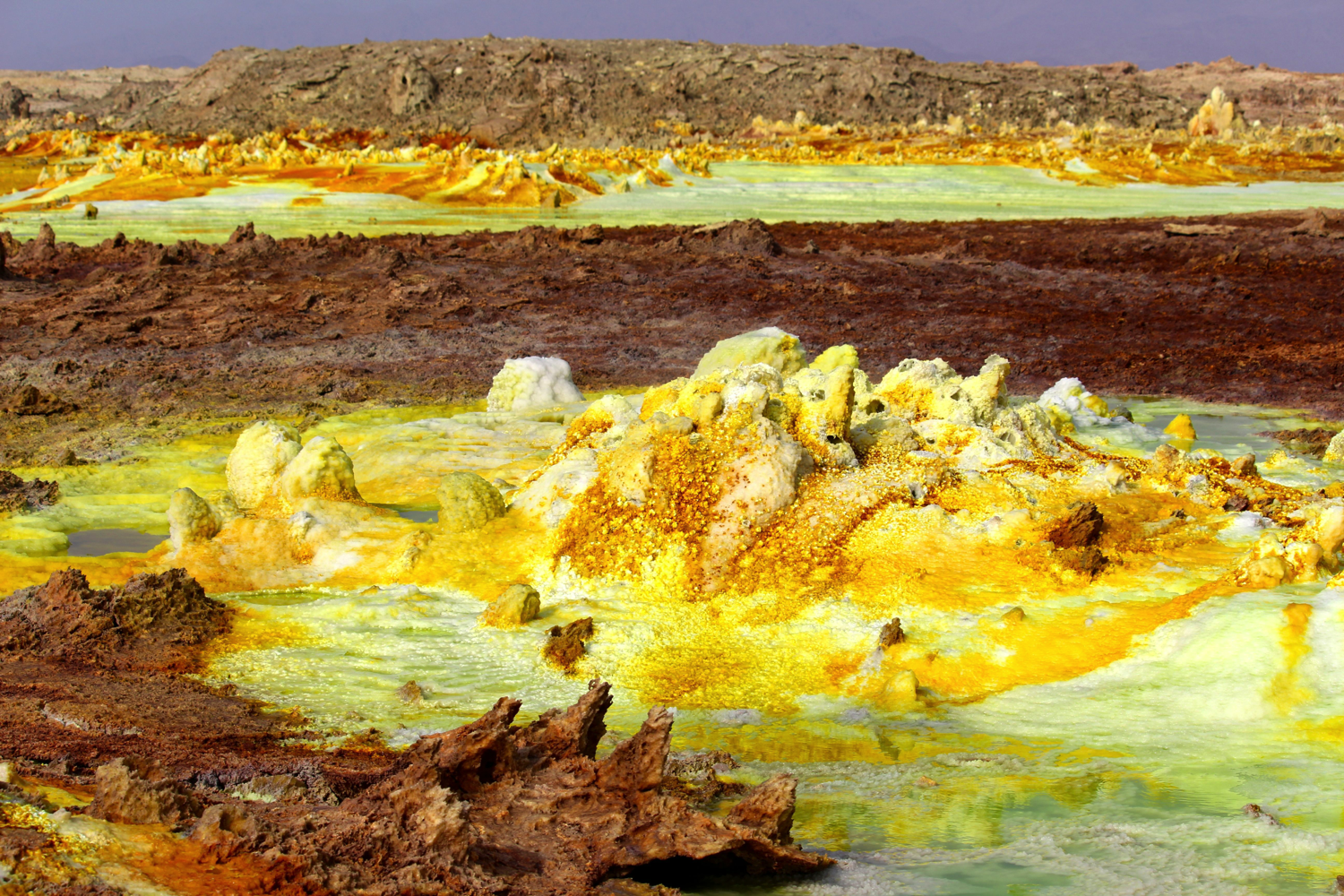 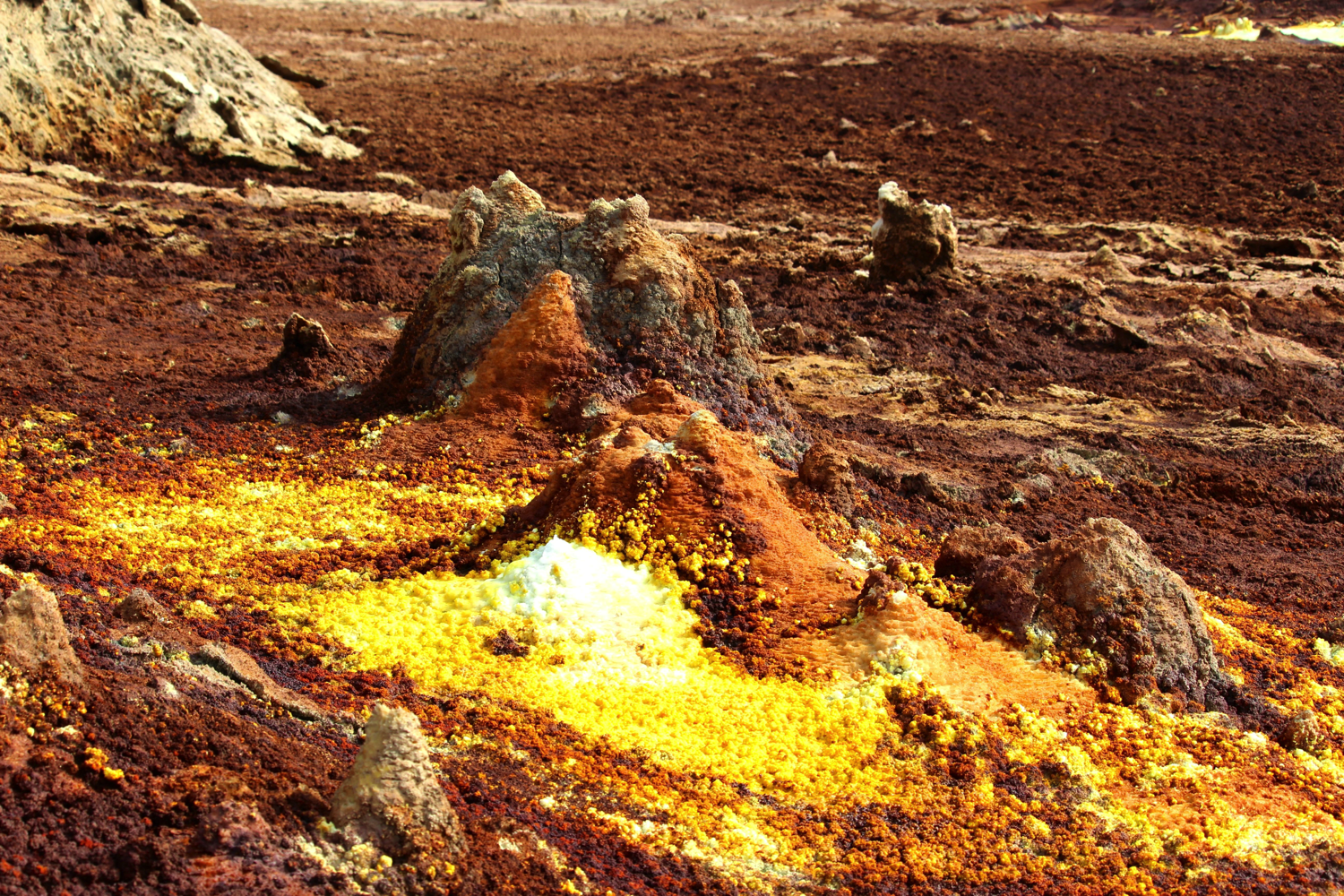 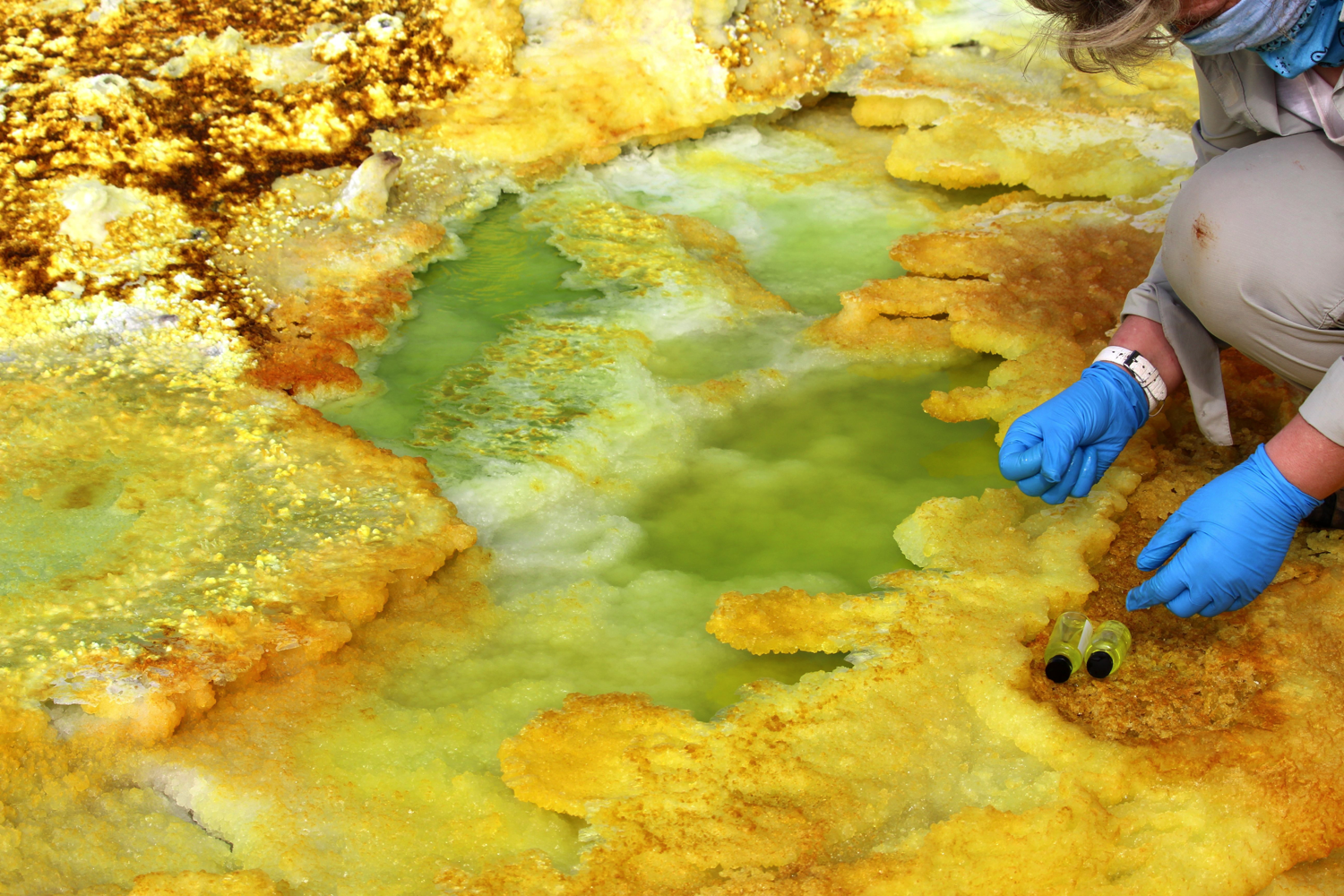 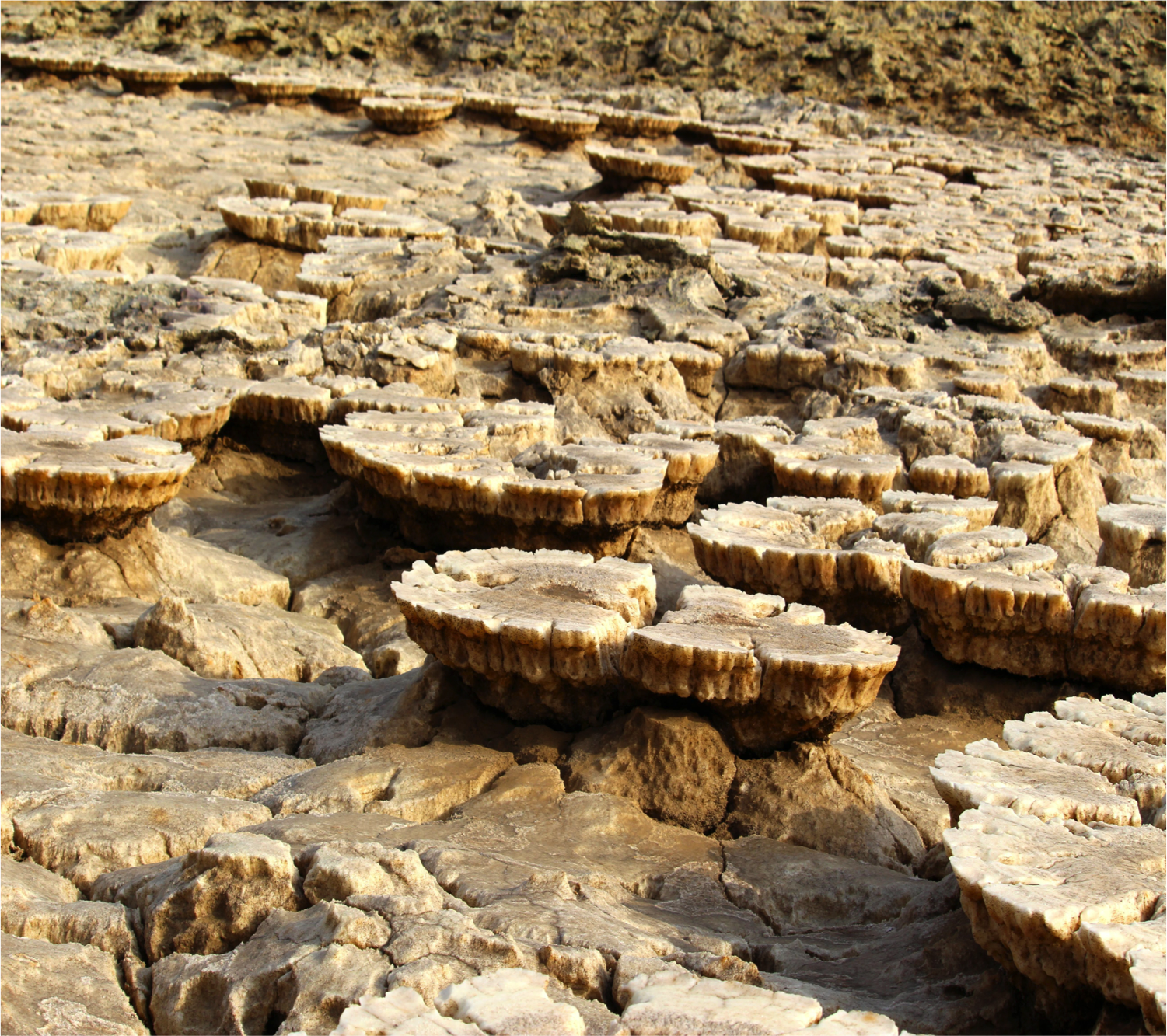