Humans have learned to travel through space, eradicate diseases and understand nature at the breathtakingly tiny level of fundamental particles.

Yet we have no idea how consciousness – our ability to experience and learn about the world in this way and report it to others – arises in the brain.

In fact, while scientists have been preoccupied with understanding consciousness for centuries, it remains one of the most important unanswered questions of modern neuroscience.

Now our new study, published in Science Advances, sheds light on the mystery by uncovering networks in the brain that are at work when we are conscious.

It's not just a philosophical question. Determining whether a patient is "aware" after suffering a severe brain injury is a huge challenge both for doctors and families who need to make decisions about care.

For example, we know that complex brain areas including the prefrontal cortex or the precuneus, which are responsible for a range of higher cognitive functions, are typically involved in conscious thought.

However, large brain areas do many things. We therefore wanted to find out how consciousness is represented in the brain on the level of specific networks.

The reason it is so difficult to study conscious experiences is that they are entirely internal and cannot be accessed by others.

For example, we can both be looking at the same picture on our screens, but I have no way to tell whether my experience of seeing that picture is similar to yours, unless you tell me about it.

Only conscious individuals can have subjective experiences and, therefore, the most direct way to assess whether somebody is conscious is to ask them to tell us about them.

But what would happen if you lose your ability to speak? In that case, I could still ask you some questions and you could perhaps sign your responses, for example by nodding your head or moving your hand.

Of course, the information I would obtain this way would not be as rich, but it would still be enough for me to know that you do indeed have experiences.

If you were not able to produce any responses though, I would not have a way to tell whether you're conscious and would probably assume you're not.

Our new study, the product of a collaboration across seven countries, has identified brain signatures that can indicate consciousness without relying on self-report or the need to ask patients to engage in a particular task, and can differentiate between conscious and unconscious patients after brain injury.

When the brain gets severely damaged, for example in a serious traffic accident, people can end up in a coma. This is a state in which you lose your ability to be awake and aware of your surrounding and need mechanical support to breathe.

It typically doesn't last more than a few days. After that, patients sometimes wake up but don't show any evidence of having any awareness of themselves or the world around them – this is known as a "vegetative state".

Another possibility is that they show evidence only of a very minimal awareness – referred to as a minimally conscious state. For most patients, this means that their brain still perceives things but they don't experience them.

However, a small percentage of these patients are indeed conscious but simply unable to produce any behavioural responses. 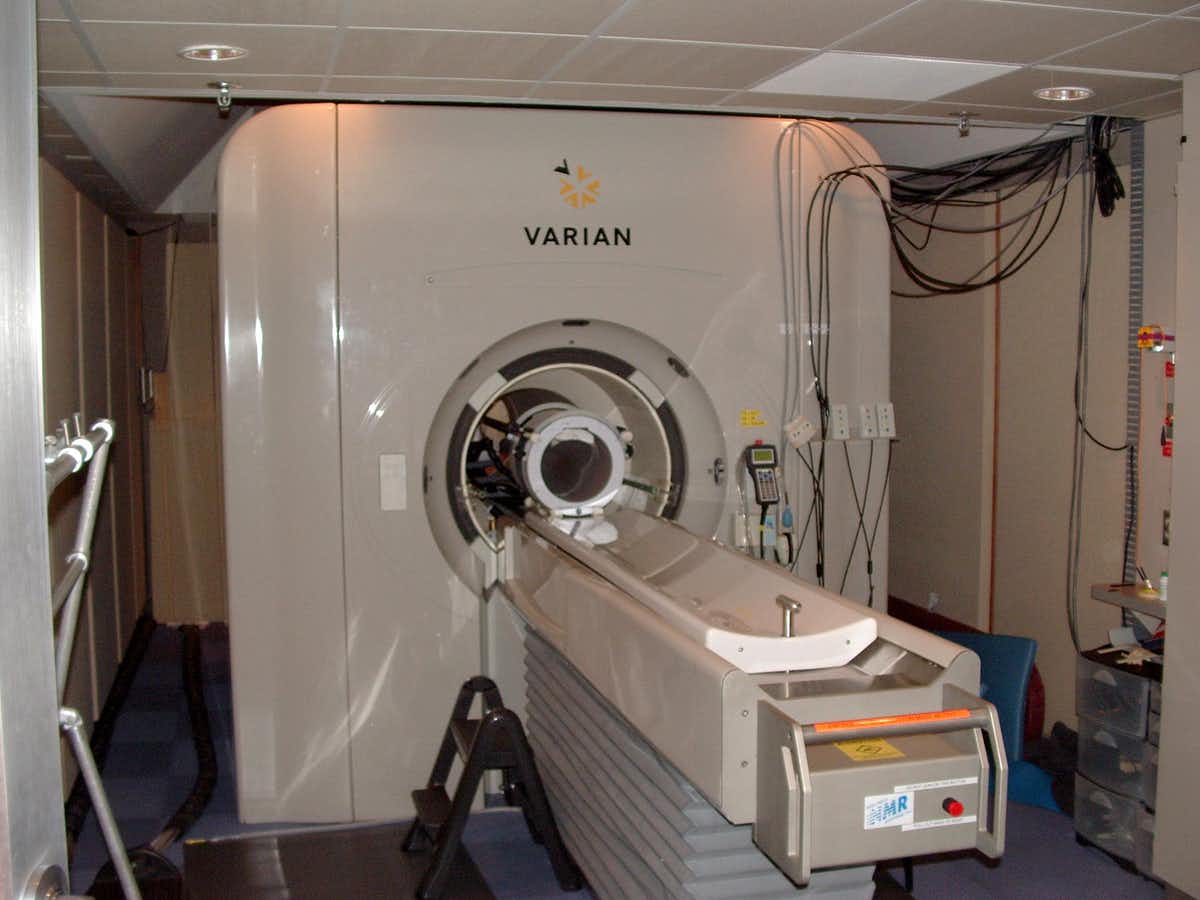 We used a technique known as functional magnetic resonance imaging (fMRI), which allows us to measure the activity of the brain and the way some regions "communicate" with others.

Specifically, when a brain region is more active, it consumes more oxygen and needs higher blood supply to meet its demands.

We can detect these changes even when the participants are at rest and measure how it varies across regions to create patterns of connectivity across the brain.

We used the method on 53 patients in a vegetative state, 59 people in a minimally conscious state and 47 healthy participants. They came from hospitals in Paris, Liège, New York, London, and Ontario.

Patients from Paris, Liège, and New York were diagnosed through standardised behavioural assessments, such as being asked to move a hand or blink an eye.

In contrast, patients from London were assessed with other advanced brain imaging techniques that required the patient to modulate their brain to produce neural responses instead of external physical ones – such as imagining moving one's hand instead of actually moving it.

We found two main patterns of communication across regions. One simply reflected physical connections of the brain, such as communication only between pairs of regions that have a direct physical link between them.

This was seen in patients with virtually no conscious experience.

One represented very complex brain-wide dynamic interactions across a set of 42 brain regions that belong to six brain networks with important roles in cognition (see image above). This complex pattern was almost only present in people with some level of consciousness.

Importantly, this complex pattern disappeared when patients were under deep anaesthesia, confirming that our methods were indeed sensitive to the patients' level of consciousness and not their general brain damage or external responsiveness.

Research like this has the potential to lead to an understanding of how objective biomarkers can play a crucial role in medical decision making.

In the future it might be possible to develop ways to externally modulate these conscious signatures and restore some degree of awareness or responsiveness in patients who have lost them, for example by using non-invasive brain stimulation techniques such as transcranial electrical stimulation.

Indeed, in my research group at the University of Birmingham, we are starting to explore this avenue.

Excitingly the research also takes us as step closer to understanding how consciousness arises in the brain.