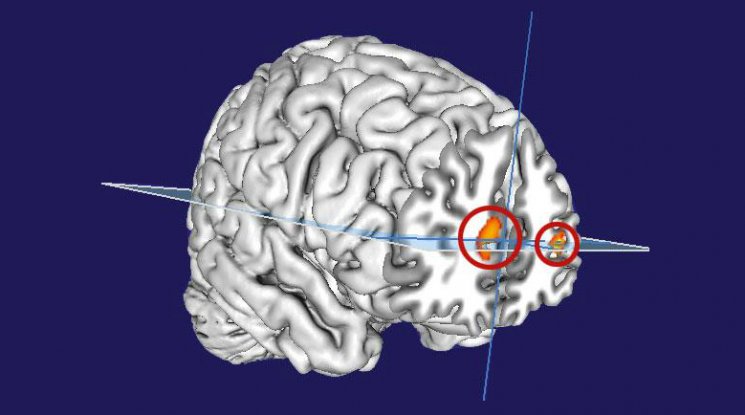 Do a quick Google search for lucid dreaming - the phenomenon where someone is aware during their dreams - and you'll quickly be overwhelmed with tips and techniques for unlocking the ability.

Despite lucid dreaming being relatively rare in most people, knowing when you're dreaming and potentially even being able to change the course of your dreams is clearly desirable to a lot of people.

Now scientists from Germany believe they may have found the neurological key to the ability. After scanning the brains of regular dreamers and those who are frequently lucid, they've found that the region of the brain that enables self reflection is larger among lucid dreamers.

"Our results indicate that self-reflection in everyday life is more pronounced in persons who can easily control their dreams," said Elisa Filevich, a research at the Centre for Lifespan Psychology at the Max Planck Institute for Human Development, who was one of the leaders of the research, in a press release.

Although research has previously shown that people who lucid dream appear to have more pronounced awareness of their own thought processes, known as metacognition, this is one of the first studies to explore the link between the two at a neural level.

To do this, the team asked volunteers to complete a questionnaire on their lucid dreaming ability, and then split them into two groups depending on whether they were highly lucid, or never or rarely lucid during dreams.

The team then performed structural and functional MRI scans on the two different groups to compare the volume of different regions of their brains.

What they found was that participants who were highly lucid during dreams had larger anterior prefrontal cortexes, which is the region of the brain that controls conscious cognitive processes and plays an important role in our ability to self reflect.

The team also took scans while the participants were solving waking self awareness tests. The scans revealed that lucid dreamers also had more brain activity happening in their prefrontal cortex than regular dreamers. This suggests that the same brain region is connected to both abilities. Their research has now been published in The Journal of Neuroscience.

"Our results indicate that self-reflection in everyday life is more pronounced in persons who can easily control their dreams," said Filevich in the release.

The researchers are now eager to find out whether these self awareness skills can be taught. Their next study will attempt to teach volunteers to lucid dream, and then see whether their self-reflection also improves as a result.

As someone who’s had plenty of lucid dreams myself, I’m still not entirely sure of the appeal. All the dreams that I'm lucid during, and particularly those I have some control over, are frustrating and exhausting and feel more like a mental marathon than rest.

But I can’t deny that it’s fascinating to discover more about how our brains work - both when we’re awake, and during sleep. Even if it is occasionally nice to have a little escape from awareness.

You can find out more about the science of lucid dreaming thanks to the guys over at AsapSCIENCE.