For the first time, scientists have recorded a bizarre phenomenon in fluid dynamics, which up until now had only ever been theoretically predicted, but never observed in the wild.

In the ocean, vast whirlpools called eddies span up to hundreds of kilometres across and are a relatively common event. But now researchers have observed these giant vortices swirling in tandem: two connected whirlpools spiralling in opposite directions.

"Ocean eddies almost always head to the west, but by pairing up they can move to the east and travel ten times as fast as a normal eddy, so they carry water in unusual directions across the ocean," explains oceanographer Chris Hughes from the University of Liverpool in the UK.

"What we found was a pair of eddies spinning in opposite directions and linked to each other so that they travel together all the way across the Tasman Sea, taking six months to do it." 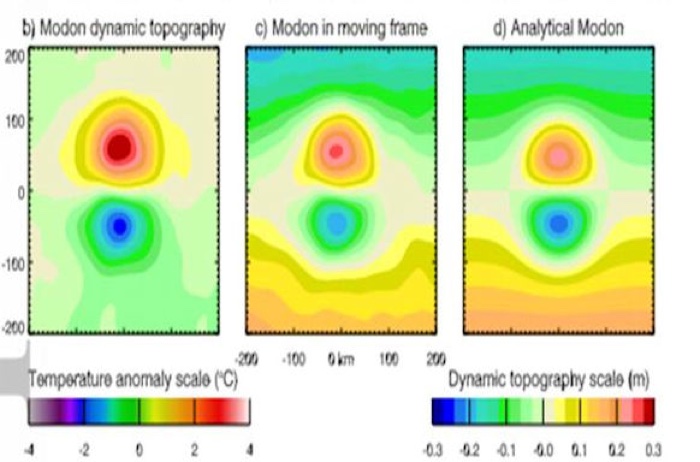 These spun-together whirlpool pairs are called modons, and while scientists have predicted for decades that they might form in the ocean, nobody had ever seen one - until Hughes took a close look at satellite footage of oceans around Australia.

"I happened to notice one little feature down in the Tasman Sea [between Australia and New Zealand] that was behaving very strangely compared to everywhere else," Hughes told Popular Science.

"Almost all these eddies drift slowly westwards, but this little feature was going quickly eastwards."

Further investigations revealed this double whirlpool was no fluke. It turns out satellites had been recording these phenomena swirling below them for a quarter-century at least, just nobody had realised what they were. 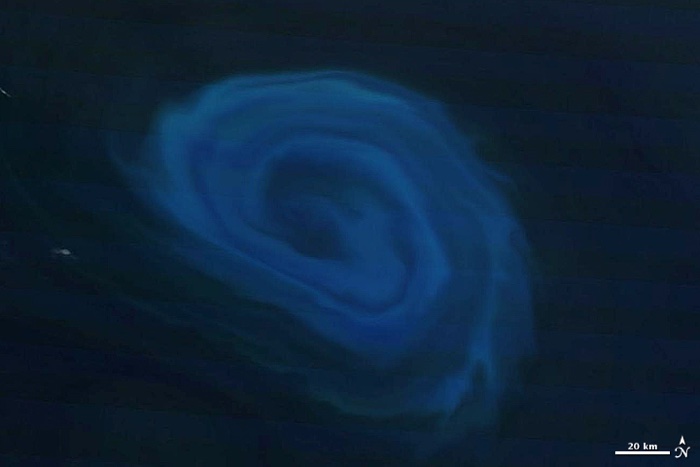 The team scanned through satellite imagery dating back to 1993 and found evidence of nine distinct modons – eight whirling around Australia, and one forming in the Atlantic Ocean, to the southwest of South Africa.

While there's still a lot we don't understand about how these linked eddies fuse as one, the team thinks they might join up when two whirlpools collide with one another in the ocean.

Alternatively, eddies spiralling near coastal regions might encounter friction as they brush up against the coastline, giving birth to swirling waters running in the opposite direction to the parent.

When the two whirlpools become entwined, their linked tails form a U-shaped vortex under the water, which can hold together for up to six months before falling apart.

Given the extreme speeds these double whirlpools generate – compared to ocean currents or single eddies – the researchers speculate they might even act like a kind of trap, catching and transporting whatever gets sucked in to distant waters elsewhere.

"My thinking is that these linked, fast moving eddies could 'suck-up' small marine creatures and carry them at high speed and for long distances across the ocean," Hughes says.

If that's right, the phenomenon might shuttle not only water but heat, minerals, nutrients, and organisms from one part of the ocean to another – a kind of watery proxy of teleportation that some species might even be adapting to.

"You would get particular blobs of water where the biology and the conditions are totally different from the surrounding area," Hughes told Popular Science.

"It's quite possible there are shoals of particular types of fish following these eddies for their special conditions. Fish would actually actively follow the eddies by choice because of what's in them."