We've seen brain cells grow back in fish, frogs, and chickens, but it hasn't been done in mammals – until now. In a new experiment in the US, visually impaired mice were able to have some of their vision restored, and further down the line the process could eventually be replicated in humans.

What's more, the scientists think the research could lead to new ways of tackling diseases like Alzheimer's and glaucoma, as well as spinal cord injuries.

Once the cells in a mammal's central nervous system reach maturity, they turn off their 'growth switch' and usually never grow again. But researchers at Stanford University were able to reverse this process, using genetic manipulation to turn the switch back on, before 'exercising' the mouse's bad eye with a series of moving, high-contrast pictures.

Although only a few of the retinal ganglion cells (RGCs) in the test mice grew back (less than 5 percent), it's enough to show the potential of the technique in restoring vision, and proves that brain cells in mammals can in fact be coaxed into restoring themselves. These RGCs are crucial to vision, providing a bridge between the eye and the brain.

The results were improved further by covering up the mouse's good eye, so it was forced to use the damaged one exclusively.

"When we combined those two – molecular chicanery with electrical activity – we saw this incredible synergistic effect," neurobiologist Andrew Huberman told Karen Weintraub at Scientific American. "The neurons grew enormous distances – 500 times longer and faster than they would ordinarily." 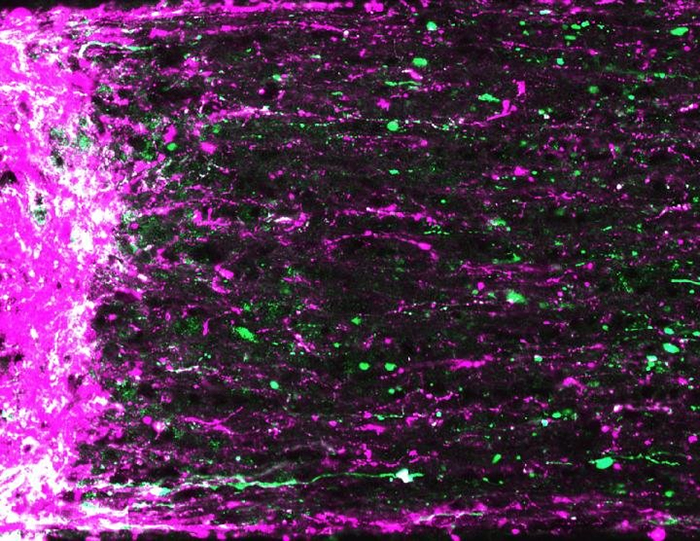 Growth activation and visual stimulus help brain cells to grow in the first place, so the results the scientists have seen make sense. It also suggests the same technique could one day be used in humans, although we're very different types of mammals, so it may be some time before researchers are able to replicate the results safely in people.

In this case, the targeted gene therapy was achieved through implanting a custom-made, growth-promoting virus into the brains of the mice, but the researchers say that eventually pills could be developed to have the same effect.

While we're a long way from restoring vision in a person, it's possible that within a few years such a treatment could help stave off the nerve cell degeneration that causes glaucoma – a group of eye conditions related to optic nerve damage.

A 2012 study previously found hints that these cells could in fact regrow, but what the new research does is confirm the hypothesis and prove the extent of the repair job that the brain can take out on itself.

For example, not only did the repaired RGCs cover the entire distance from the eye to the brain, but they correctly found and made the right cellular connections, and that's a couple of steps further than any previous experiments have managed.

"[The nerves] can essentially remember their developmental history and find their way home," explained Huberman. "This has been the next major milestone in the field of neural regeneration."

The work suggests other types of brain cell might be able to repair themselves given the right prompting, said Huberman, but this is yet to be put to the test. Watch this space.

The findings are published in Nature Neuroscience.