Bronze swords made from copper and tin aren't the most robust of weapons, which has led to some uncertainty about whether they were originally used for battle or just for show.

Now, a group of archaeologists has tried to settle the debate by quite literally coming to blows with each other.

Researchers commissioned the creation of seven middle to late Bronze Age swords using traditional methods, then tested them out with the help of local experts.

By analysing the marks and indents left on the weapons by the mock battles, and comparing them with a close-up study of 110 ancient Bronze Age swords found across Great Britain and Italy, the team was able to show that the patterns of wear did indeed match up with real combat techniques – indicating these weapons weren't just ceremonial items. 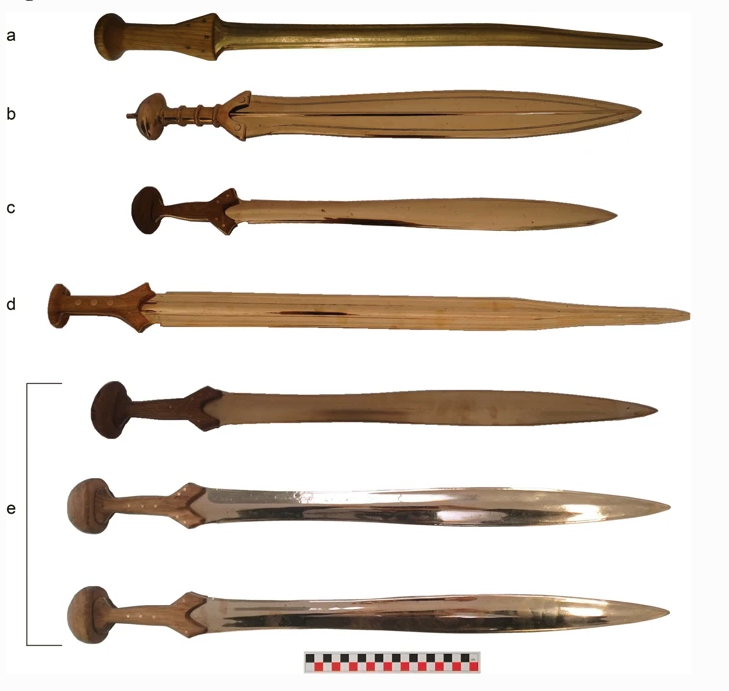 "Taken together, the archaeological, analytical, and experimental data contributes a strong case for prehistoric swordsmanship being a contact martial discipline involving a certain amount of wilful, skilfully controlled blade contact," write the researchers in their published paper.

"This is not something that one could improvise. As was the case in later times, mastering sword-twisting and binding techniques would require initial guidance and regular follow-up practice – in other words, structured weapon training."

While they have their uses, bronze alloys are soft, easy to damage, and hard to repair, raising the question of whether weapons made from these metals – not just swords but also spears and shields – could survive the heat of battle.

This isn't the first study to suggest that, yes, they could. But besides backing up that hypothesis, the latest research also casts new light on how combat marks got left on weapons, how swords would've been held in battle, how much training soldiers would've been given, and even the sorts of body areas that fighters would've aimed for.

What's more, by looking at differences between sword wear and tear across the centuries, the researchers were able to map out an evolution in sword fighting style – a sort of early form of fencing – across Britain and Italy from the late 2nd to the early 1st millennium BCE. 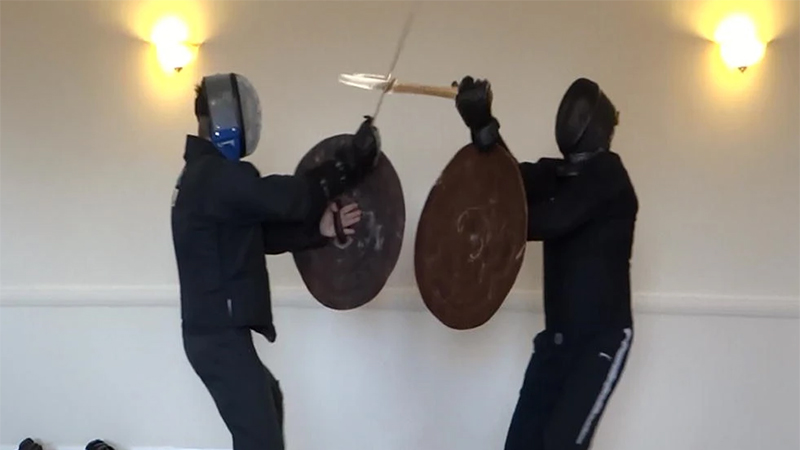 For example, one of the marks on the replica swords that matched the recovered Bronze Age originals was made by a technique known as 'versetzen' in German, or 'displacement' – locking blades to try and control an enemy's weapon.

That only appeared from 1300 BCE onwards though, suggesting changes in how people went into combat. In total, more than 2,500 different nicks and marks were catalogued.

As well as putting archaeology hypotheses up against some serious real-world tests, the research sets the foundation for many more future studies in the future, looking at different aspects of ancient battle and how soldiers may have adapted their fighting techniques to suit the weapons available.

However, one limitation of the study is the fact that we still know so little about how people fought in the Bronze Age. For their battle experiments, the researchers recreated Medieval (5th to 15th century CE) battles, as these are the techniques best described in the literature.

So, it's hard to know whether the tests performed were accurate representations of how the blades would have been used. But it's an interesting starting point.

"We've only recently started to think of these as more personal possessions and look at how actual individuals were using weapons," archaeologist Barry Molloy from University College Dublin in Ireland told Science.

"This is a turning point – it lets us study what kind of actions were avoided and what risks you could take with a bronze sword. This shows that yes, they were used, and they were used skilfully."

The research has been published in the Journal of Archaeological Method and Theory.