When water gets trapped inside your ear after swimming or a shower, it's an instinctive and understandable reaction to try to shake it free and remove the blockage.

But you really shouldn't do this, a new study suggests, pointing out there could potentially be serious health risks that result from violently shaking your head – especially for small children.

Specifically, a team of researchers from Cornell University says that the acceleration forces involved in ejecting water from the human ear canal could hypothetically expose small children to brain damage.

"Our research mainly focuses on the acceleration required to get the water out of the ear canal," says engineering student Anuj Baskota, the first author of a paper being presented this week at the American Physical Society's Division of Fluid Dynamics annual meeting in Seattle.

"The critical acceleration that we obtained experimentally on glass tubes and 3D-printed ear canals was around the range of 10 times the force of gravity for infant ear sizes, which could cause damage to the brain."

It's worth noting these are preliminary findings for now, based on experiments simulating the amount of force involved, and not involving real people (thankfully). So they can't be taken as clinical proof of brain damage incurred from this activity.

But the research can still serve as a valid reminder of what you probably shouldn't do next time water gets stuck inside your ear. The quickest potential fix to that common problem is likely not the safest option.

To measure the forces needed to dislodge water from an ear, the team engineered glass tubes of varying diameters, intended to work as a simplified replica of an actual human ear canal.

To design their fake ear as realistically as possible, the researchers 3D-printed their model based on an ear canal from a CT-scanned human head, and coated the insides of the glass tube with silane, to approximately match the level of hydrophobicity found in real ear canals.

They then inserted water into the glass tubes, before dropping the tubes onto springs, to measure how much gravitational force was required to eject the water. 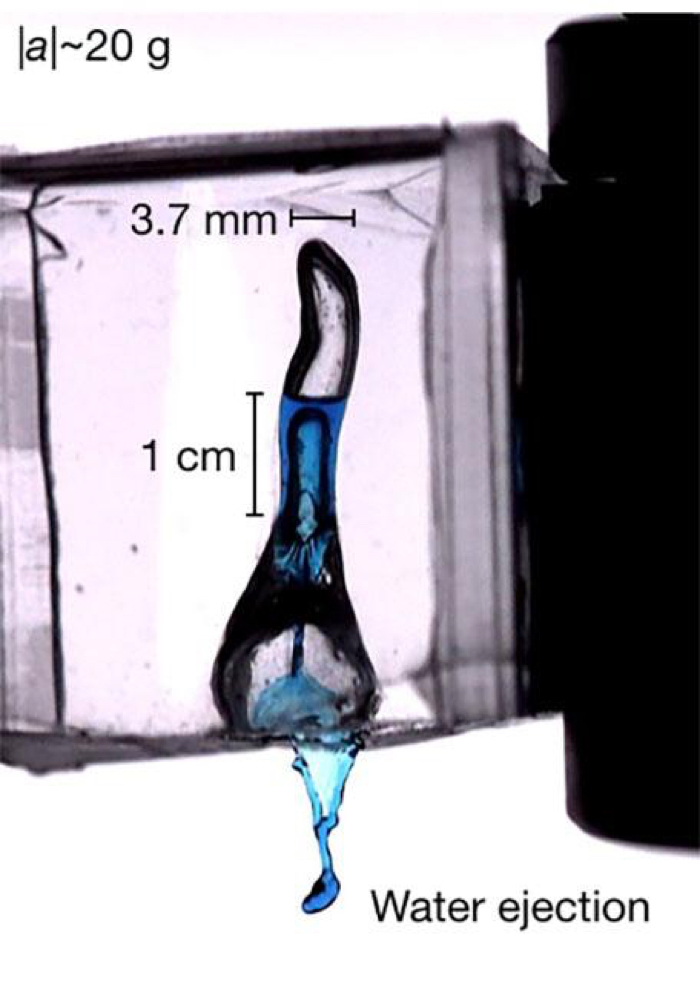 "Results revealed that the critical acceleration to remove the water from the ear canal strongly depends on the volume and the position of trapped liquid inside the tube," the team explains in an abstract.

"We found that the critical acceleration is on the order of 10 g, which may cause serious damage to the human brain."

Children could be especially at risk, the researchers say, because a greater amount of acceleration is required to dislodge water trapped in smaller sized tubes.

In other words, it's easier for adults to shake free water from their ears than it is for children – but based on the physics, it's probably not a recommended remedy for anybody, especially when numerous other safe fixes exist.

Some of those options are as simple as lying on your side, or simply jiggling your earlobe. Others involve liquids, which can alter the surface tension inside the ear, the researchers note.

"From our experiments and theoretical model, we figured out that surface tension of the fluid is one of the crucial factors promoting the water to get stuck in ear canals," says Baskota.

"Presumably, putting a few drops of a liquid with lower surface tension than water, like alcohol or vinegar, in the ear would reduce the surface tension force allowing the water to flow out."

The findings were presented at the American Physical Society's Division of Fluid Dynamics annual meeting.