The HiRISE (High-Resolution Imaging Science Experiment) instrument on NASA's Mars Reconnaissance Orbiter (MRO) has given us a steady stream of images of the Martian surface. It's been in orbit around Mars since March 2006, and has greatly outlived its intended mission length.

One of the latest Hi-PODs, or HiRISE Pictures of the Day, is this one, of sedimentary rock on Mars being eroded away. 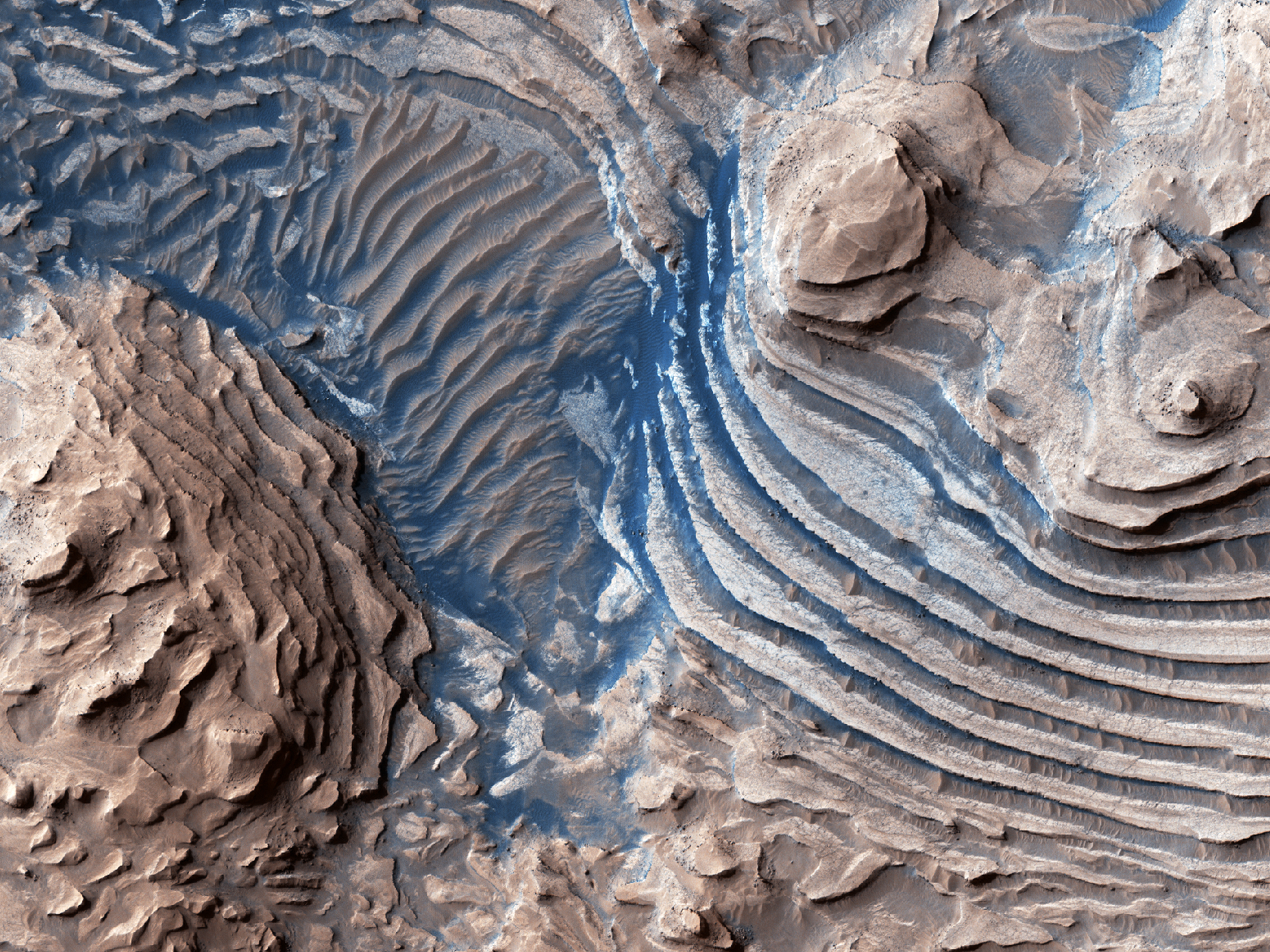 The image is from the Meridiani Planum region of Mars, near the planet's equator. It's the same region that NASA's Opportunity rover landed at in 2004.

The image is from inside a massive impact crater, though the crater rims are outside of the image.

A MOLA topographic map of Mars. The top image is from the crater at the far right, in the white square. (NASA/MOLA/USGS)

The rock inside the crater was layed down by wind or water. The sediments once covered the bottom of the crater, but have been eroded away over time by the wind.

Since the sediments themselves were laid down in layers, the subsequent erosion has revealed a stair-case like pattern. The deposit of sediment was once much larger, but now this is all that's left.

The Meridiani Planum region of Mars is noteworthy for a number of reasons, especially the presence of hematite. Hematite is related to the presence of liquid water. It can precipitate out of water, and form sediment at the bottom of a body of water, or it can form from hot springs. That's why the Opportunity rover was sent there.

Opportunity discovered spherules of hematite that were called "blueberries," indicating that water was once present. The discovery caused quite a stir at the time.

The Blueberries of Mars are concretions of iron rich minerals, created during periodic epochs of wet climates on Mars. (NASA/JPL/Cornell)

As for the Mars Reconnaissance Orbiter, and its HiRISE instrument, it's still going strong. It's not only an orbiting camera and other instruments, it's a communications link for missions on Mars. It's a critical high-speed data relay for Curiosity, and soon, Perseverance.

Check out MRO's image catalog, and lose yourself in Martian images for a while.