It's not easy studying birds. They fly away for months at a time, and even if you can track them down again, their frivolous texting habits threaten to leave you utterly penniless.

That's what happened to a team of Russian scientists in Siberia, whose research budget blew out when the migrating eagles they were tracking hit a costly snag all high-flying travellers fear: global roaming charges.

A group of ornithologists and volunteers with the Russian Raptor Research and Conservation Network (RRRCN) equipped 13 steppe eagles (Aquila nipalensis) with GPS-GSM trackers designed to monitor the migration patterns of the birds. 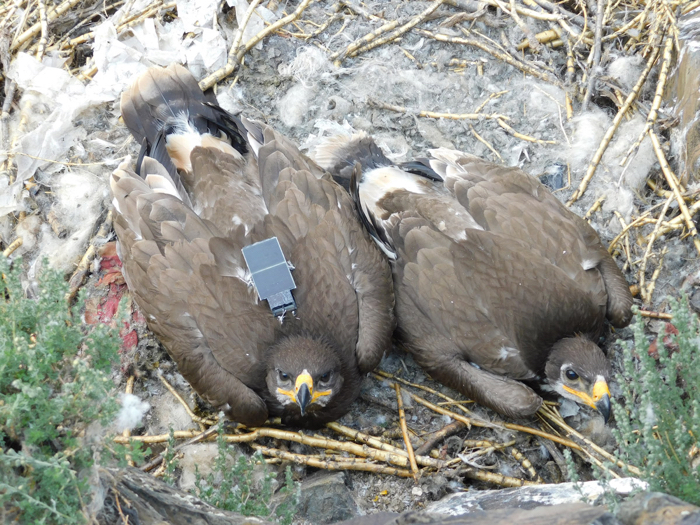 The devices work by communicating with GPS satellites from wherever the bird flies to, and recording the coordinates they receive back on internal memory. Then, when an eagle enters an area with mobile network coverage, the data logger automatically sends an SMS (up to four times a day) to the research team, telling them where the bird is.

If an eagle doesn't enter an area with network coverage for a while, the device just saves up multiple SMS messages in a queued cache, ready to send them out in bulk as soon as it does get a signal.

It's a workable system that enables scientists to track the movements of animals over great distances and long periods of time – except there's a bit of a weak spot.

In this case, the system's limitations were fully tested by an eagle named Min. Specifically, the problem was with Min's unforeseen travel arrangements.

"Min was out of cellular range for the whole summer in Kazakhstan, and his tracker was unable to send any data until he had come back into range in early October," the researchers explain in a blog post.

"We had expected to hear from Min from Kazakhstan, but then he began transmitting all his summertime movements from Iran."

That Iranian detour might not seem like a huge deal – given steppe eagles fly across a huge expanse of territory and multiple countries in the region – but it was highly problematic for one reason: roaming SMS costs. 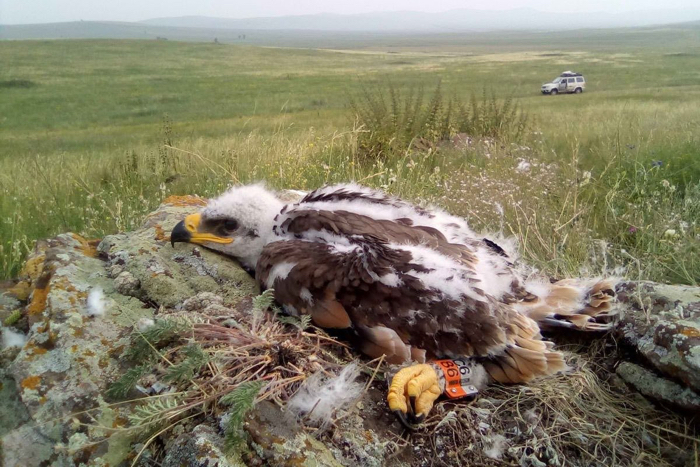 In the researchers' budget, they'd planned for eagles to spend as little as 2 rubles per SMS (about 3 US cents) in areas like Kazakhstan, but in Iran, steep roaming charges increased the costs to about 25 times as much (about 77 US cents).

So when Min touched down in Iran (spending some time at a rubbish tip, amid other local sites), hundreds of stored-up messages all got sent at once, obliterating the scientists' spending plans, with a texting blow-out that cost over US$100 a day for several days.

Some of the other eagles in the program also went quiet in the summer months before returning with a sudden deluge of unexpected SMS charges, "and these costs immediately ate up our meagre budget," the researchers say.

Fortunately, a crowdfunding campaign asking for donations to 'top up' the birds' mobile accounts was a success, raising over US$5,000, which the team says will be more than enough to keep the birds' tracking (and sometimes expensive texting habits) funded for the duration of the research.

"This is magical," one of the team, field ornithologist Helena Shnayder said in a social media post.

"It's amazing how people, while laughing at the foolish situation, understood the very heart of the matter and helped out."

It's a funny story illustrating the strange surprises that can come along in this kind of animal research; but the research itself is serious.

The steppe eagle is an endangered species, with declining numbers in Eurasia, and an estimated global population that may be as low as 50,000 mature individuals.

The researchers say the eagles are at risk from multiple threats, including power lines, shooters, poisons, and poachers – and understanding their movement patterns over Eurasia might help conservationists to stop the decline of these majestic birds.