In the world of ducks, there's a lot going on under the surface. But the biggest influence on what's down below seems to be the company they keep.

Of the 10,000 or so known species of birds, ducks are in the rare minority that have actually retained their penises, which shrink and expand by as much as 10 times depending on the season – but it looks like their maximum potential hinges on sexual competition. 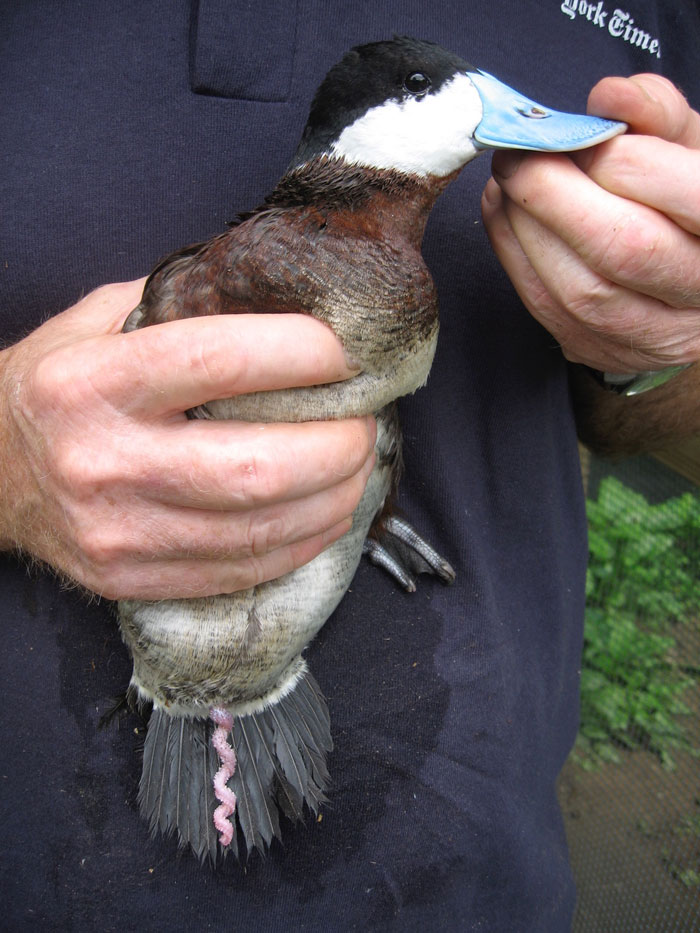 A ruddy drake and his appendage. Credit: P. Brennan

In the case of the lesser scaups, the rabble of quacking competitors seemingly spurred ducks to stand out from the crowd, growing longer penises on average than their single counterparts teamed up with a female.

But the results weren't quite so linear for ruddy ducks.

In this species, the Bachelorette contestants grew their penises faster than the single ruddy ducks, but hierarchical factors among the flock seemed to come into play.

In the first year, only the largest drakes grew full-length penises, with some of the smaller ruddy ducks producing only small half-centimetre penis stubs in mating season.

What's more, males grew their penises out of sync with each other, and didn't always maintain their maximum penis length for as long, lasting only weeks instead of months.

The divergent effects of male crowding on ruddy ducks and lesser scaups could come down to the species' individual sexual habits.

Compared to the more humbly proportioned and perhaps emotionally sensitive lesser scaup – which is monogamous throughout a mating season – ruddy drakes are combative and promiscuous, and bear exceptionally long penises that can grow longer than the ducks themselves.

"I can't imagine they could grow any longer," Brennan told Nature, adding that the ruddy drakes' performance issues could be more than just stage fright.

"Bullying may increase stress hormones, and those could counteract the effects of androgen hormones."

Of course, these findings only pertain to two duck species so far, but the researchers think the findings suggest genital growth is responsive not just to long-term evolutionary factors, but also short-term variables that influence where, when, and how life-forms expend energy on swelling their nether regions.

"[E]volution must be acting on the ability to be plastic – the ability to invest only in what is needed in your current circumstance," Brennan told Nature.

A fascinating hypothesis, but we'll let this lesser scaup have the last word for now: 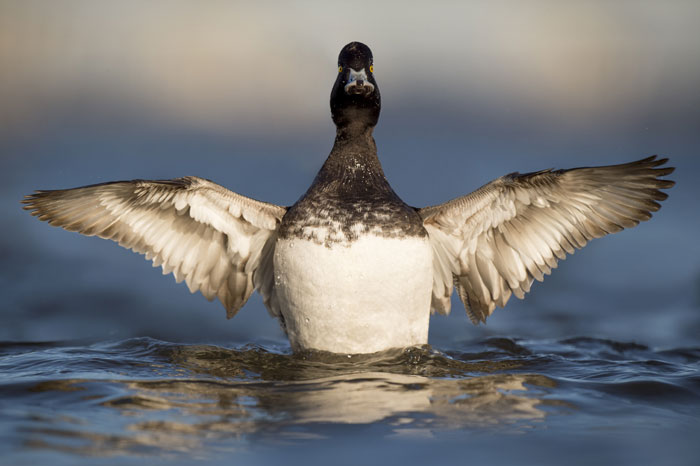 The findings are reported in The Auk: Ornithological Advances.