Damn, We Missed Out on Buying Einstein's Leather Jacket Yesterday

Albert Einstein's old leather jacket has just been sold at auction for almost US$150,000 - despite auction house Christie's describing the item as incredibly worn and "pungent".

The jacket - which the physicist was photographed wearing frequently in the mid- to late-1930s - achieved more than double its estimated price, as did his pocket watch and his childhood building blocks. In other words, scientists are officially the new rockstars.

Among many prized Einstein possessions auctioned by Christie's in London yesterday, the star item was definitely his brown, Levi Strauss leather jacket, which the physicist wore regularly when he first moved to the US, after fleeing Nazi rule in Germany.

He most famously wore it on the cover of Time magazine in the image below captured by Lotte Jacobi: 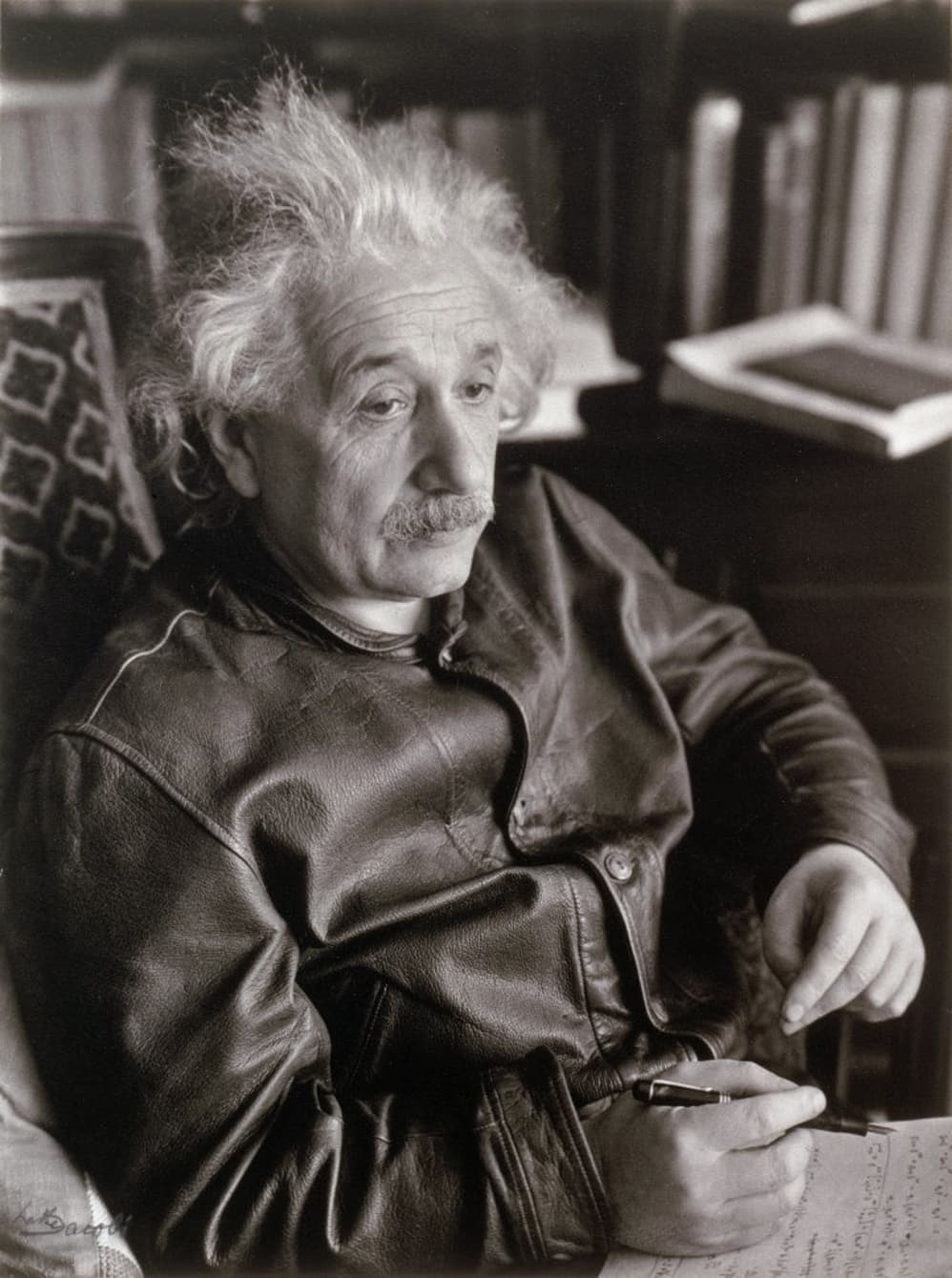 In the 1930s, it became a staple in his minimalist wardrobe and part of his signature look - no socks, long hair, and leather jacket.

Leopold Infeld, one of Einstein's colleagues from Princeton University between 1936 and 1938, explained in his 2006 biography that Einstein's clothing choices were all about keeping it simple.

"The idea is to restrict his needs and, by this restriction, increase his freedom. We are slaves of millions of things … Einstein tried to reduce them to the absolute minimum," wrote Infeld. "Long hair minimised the need for the barber. Socks can be done without. One leather jacket solves the coat problems for many years."

Because of all that regular use, apparently, the jacket still smells pretty distinctly of Einstein. "Einstein was an incessant pipe smoker and, astonishingly, 60 years after his death, his jacket still smells of smoke," said Christie's Thomas Venning.

But that paled in comparison to Einstein's old pocket watch, which received more than ten times its estimate to finally be sold for $353,912.

The physicist's childhood building blocks sold for $83,000. And his last lot, a postcard handwritten and signed by Einstein to his friend Albert Karr in 1919, reached $98,417.

In the same auction, a 400-year-old scientific book on flowers, the Hortus Eystettensis by Basilius Besler, sold for $2.5 million.

It's not the first time that scientific memorabilia has garnered interest, either. Last year, experimental physicist Leon Lederman sold his 18-karat gold Nobel Prize medal with a reserve price of $325,000.

These latest results are just further indication that the general public is finally getting on board with how awesome and important science really is.

"The bidding strength at Christie's two big auctions in London yesterday indicates that the scientific heritage marketplace may be finally coming to its senses, with many landmark scientific works fetching quite respectable sums," writes Mike Hanlon for Gizmag.

So, scientists, make sure you keep a hold of all your smelly old jackets and lab notes, you never know how much they'll be worth in the future.