Known as Korea's "artificial sun", the KSTAR uses magnetic fields to generate and stabilise ultra-hot plasma, with the ultimate aim of making nuclear fusion power a reality – a potentially unlimited source of clean energy that could transform the way we power our lives, if we can get it to work as intended.

Before this point, 100 million degrees hadn't been breached for more than 10 seconds, so it's a substantial improvement on previous efforts – even if there's still a long way to go before we can completely ditch other sources of energy. At this point, nuclear fusion power remains a possibility, not a certainty. 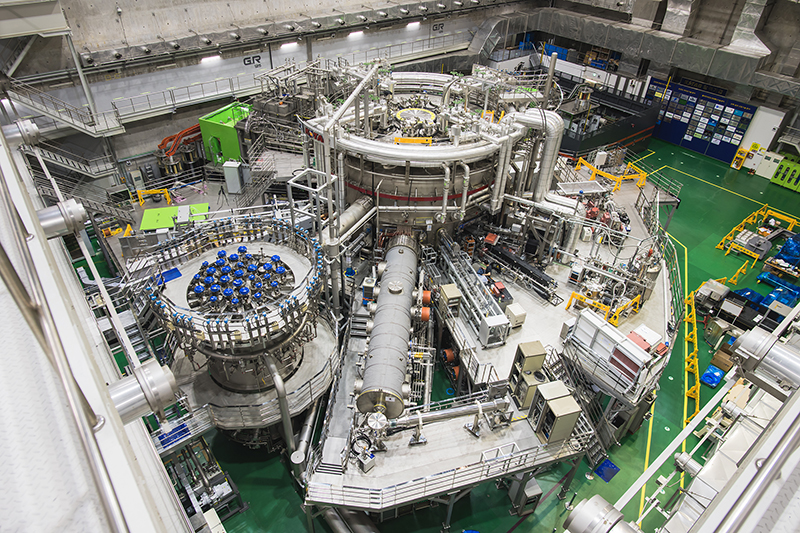 "The technologies required for long operations of 100 million-degree plasma are the key to the realisation of fusion energy," says nuclear physicist Si-Woo Yoon, a director at the KSTAR Research Centre at the Korea Institute of Fusion Energy (KFE).

"The KSTAR's success in maintaining the high-temperature plasma for 20 seconds will be an important turning point in the race for securing the technologies for the long high-performance plasma operation, a critical component of a commercial nuclear fusion reactor in the future."

Key to the leap to 20 seconds was an upgrade to the Internal Transport Barrier (ITB) modes inside the KSTAR. These modes aren't fully understood by scientists, but on the simplest level they help to control the confinement and the stability of the nuclear fusion reactions.

The KSTAR is a tokamak-style reactor, similar to the one that recently went online in China, merging atomic nuclei to create these huge amounts of energy (as opposed to nuclear fission used in power plants, which splits atomic nuclei apart).

Though the scientific work necessary to achieve this is complex, progress has been steady. KSTAR first breached the 100 million-degree limit in 2018, and in 2019 managed to sustain the temperature for 8 seconds. Now, that's been more than doubled.

"The success of the KSTAR experiment in the long, high-temperature operation by overcoming some drawbacks of the ITB modes brings us a step closer to the development of technologies for realisation of nuclear fusion energy," says nuclear physicist Yong-Su Na, from Seoul National University (SNU).

Fusion devices like KSTAR use hydrogen isotopes to create a plasma state where ions and electrons are separated, ready for heating – the same fusion reactions that happen on the Sun, hence the nickname these reactors have been given.

As yet, maintaining high-enough temperatures for a long enough period of time for the technology to be viable has proved to be challenging. Scientists are going to need to break more records like this for nuclear fusion to work as a power source – running off little more than seawater (a source of hydrogen isotopes) and producing minimal waste.

Despite all the work that lies ahead in getting these reactors to produce more energy than they consume, progress has been encouraging. By 2025, the engineers at KSTAR want to have exceeded the 100 million-degree mark for a period of 300 seconds.

"The 100 million-degree ion temperature achieved by enabling efficient core plasma heating for such a long duration demonstrated the unique capability of the superconducting KSTAR device, and will be acknowledged as a compelling basis for high performance, steady state fusion plasmas," says nuclear physicist Young-Seok Park, from Columbia University.

Findings from the experiment have yet to be published in a peer-reviewed paper, but are being shared at the 2021 IAEA Fusion Energy Conference.