Deep beneath the waters of Monterey Bay, researchers in California have filmed an extremely rare deep-sea fish.

At first glance, the little fella looks sort of like a bronze shimmery cigar floating on end, but the feverish wiggle of its tail gives the creature's true identity away.

The little bronze beauty is known to scientists as a highfin dragonfish (Bathophilus flemingi), and of all the deep-sea dragonfish in Monterey Bay, this is one of the rarest.

"In more than three decades of deep-sea research and more than 27,600 hours of video, we've only seen this particular species four times!" researchers at the Monterey Bay Aquarium Research Institute recently tweeted alongside footage of the fish.

The individual was caught on camera during a recent expedition on MBARI's Western Flyer, which is a large ship set up to deploy and control remotely operated vehicles (ROVs) as they dive thousands of feet under the sea.

In this case, the footage was taken at a depth of nearly 300 meters (1,000 feet), and by the looks of things, the dragonfish was headed even deeper.

Dragonfish are highly capable swimmers, as you can see from the MBARI footage, but when they are hunting, they hide quietly in the dark and wait.

While the highfin dragonfish is covered in an iridescent cloak of bronze scales, other species are not so colorful. In fact, dragonfish can be pigmented with some of the blackest blacks found in nature.

With a smile full of sharp teeth, these predators must look downright terrifying to smaller fish and crustaceans, as they emerge from the deep dark to engulf their prey. 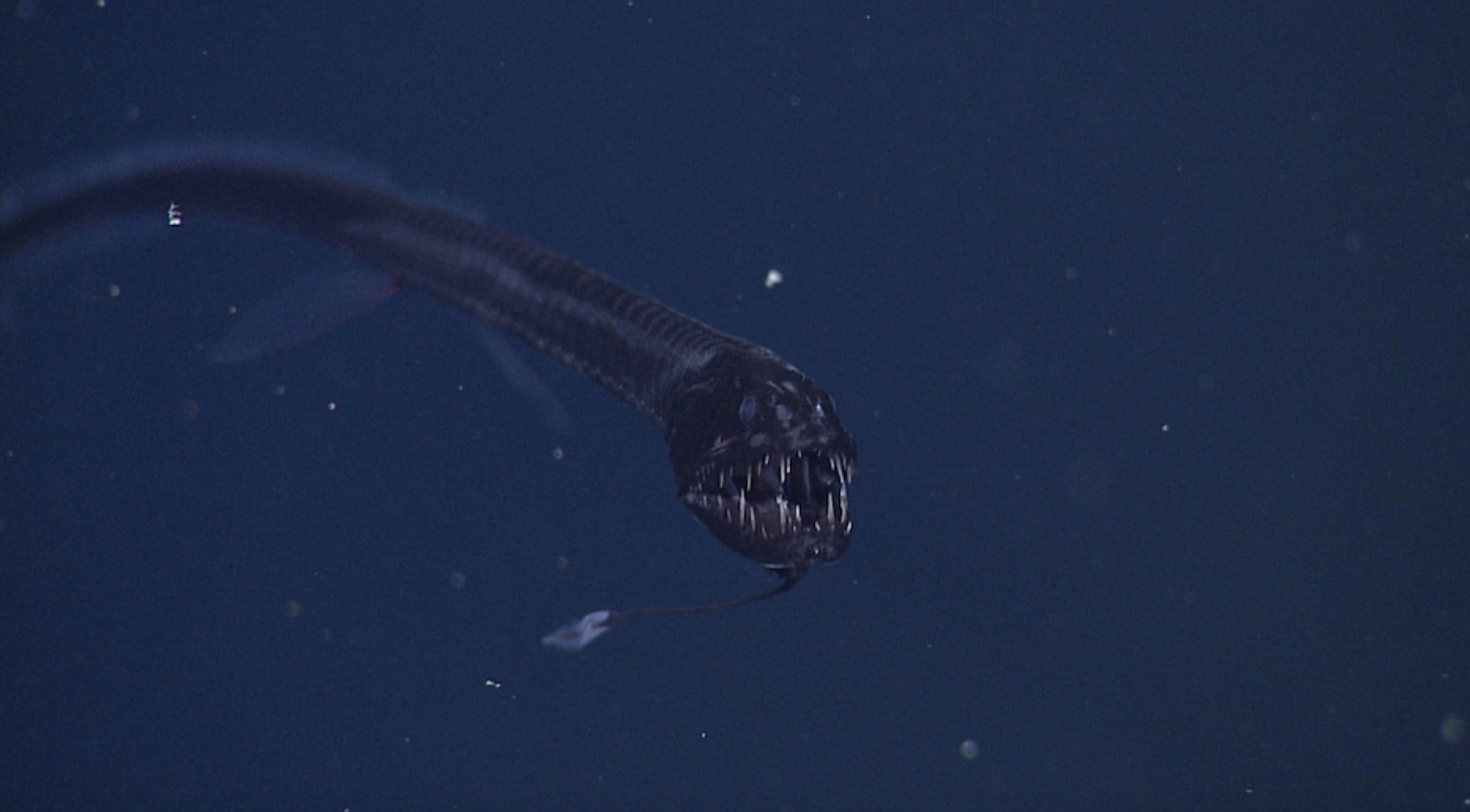 Some dragonfish even have creepy, glowing red eyes that they use as 'searchlights' for food. 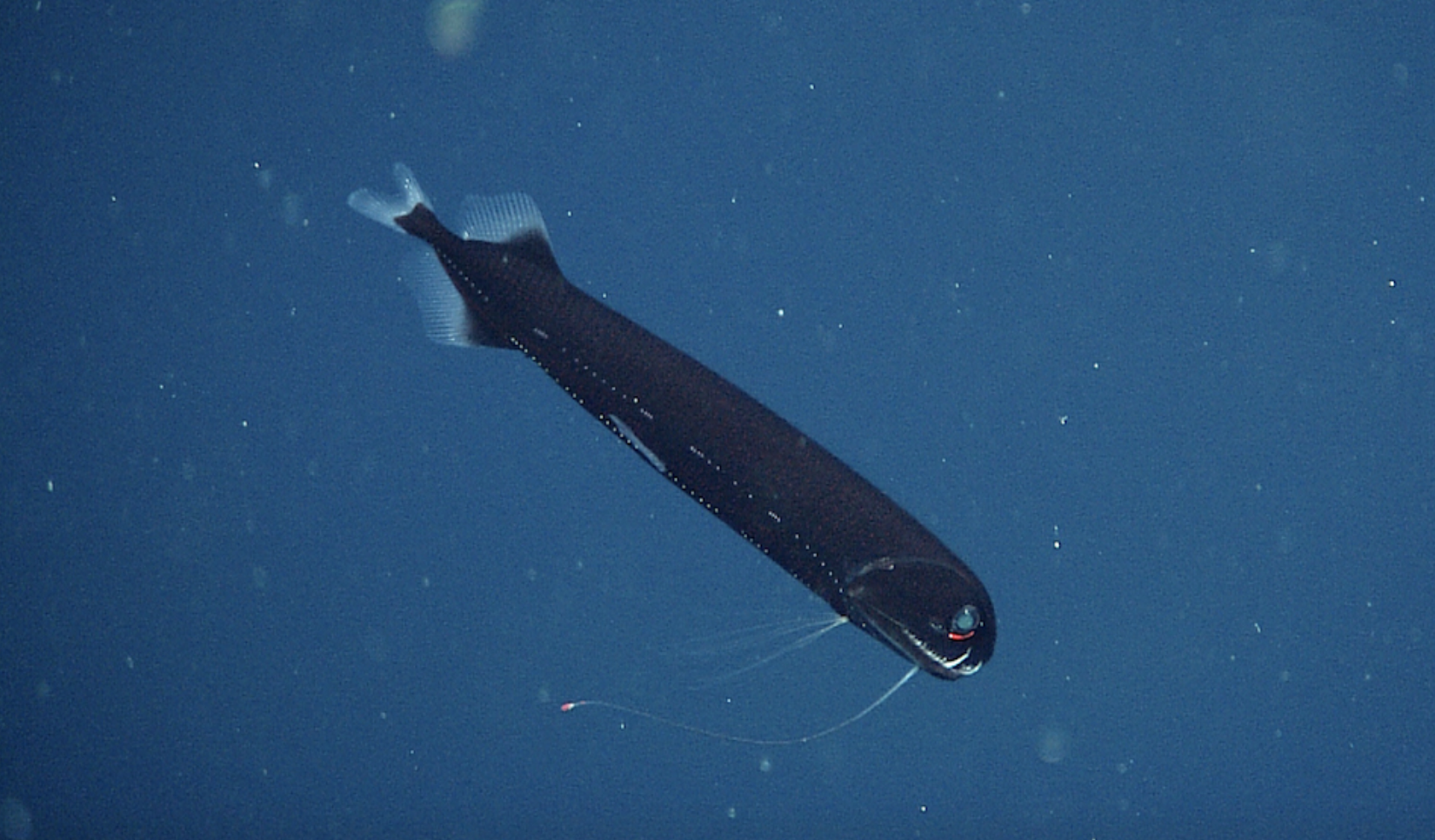 Others use bioluminescent 'fishing rods' attached to their chins to lure in their prey. 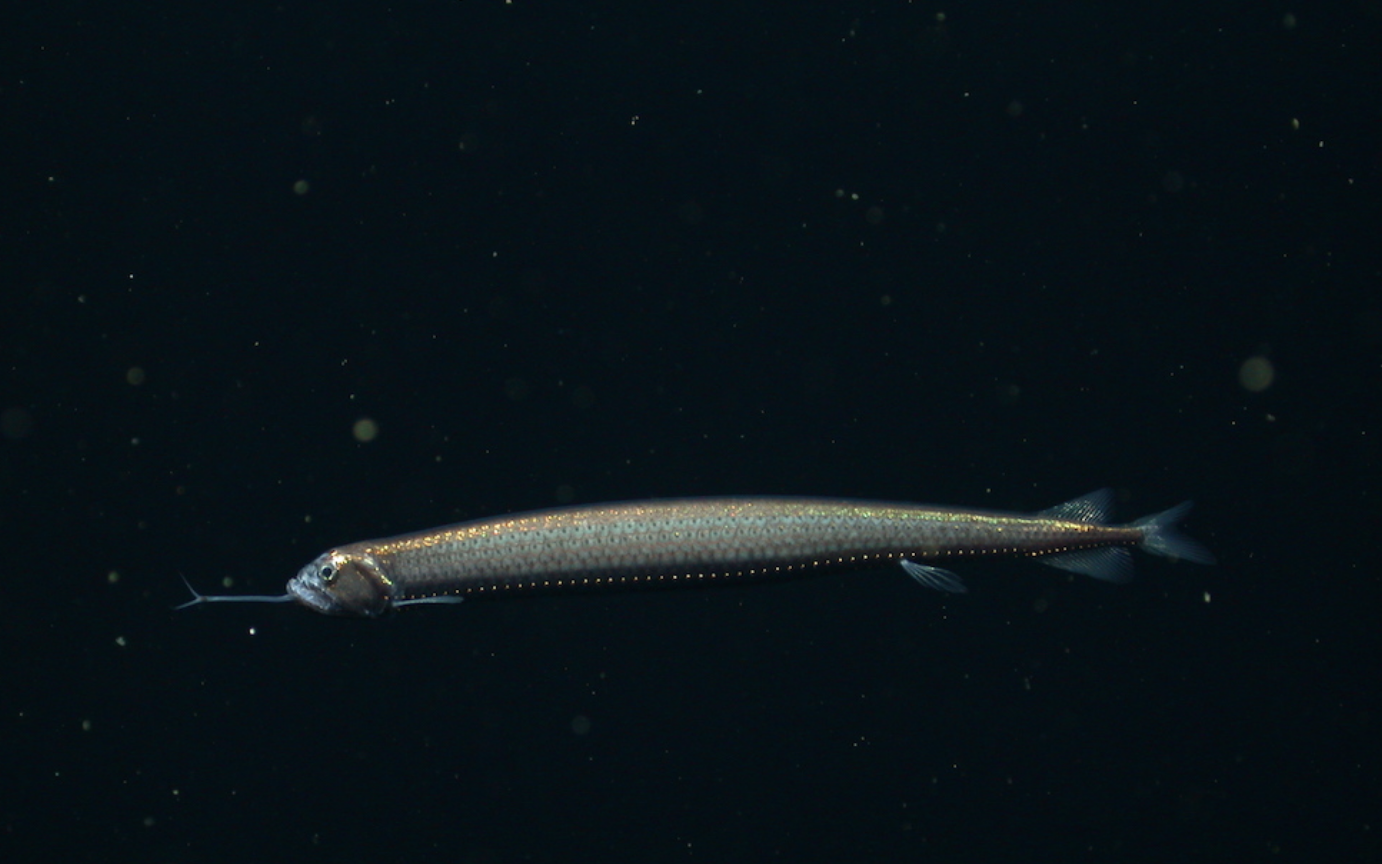 The highfin dragonfish looks rather cute and colorful in comparison to its relatives. But that's based on a skewed perspective.

When removed from the light of an ROV, the highfin's bronze skin probably absorbs wavelengths of blue light to make it nearly invisible, according to reporting from Live Science.

Combined with the fact that this fish grows no more than 16 centimeters in length (6 inches), it's a veritable needle in a haystack.

Who knows when researchers will catch sight of it again.