Although the Universe is a large place, and all the stuff in it may seem just flung everywhere higgledy-piggledy, there's rather more structure than we can see.

According to our models of the Universe, and mounting evidence, filaments of dark matter connect massive objects such as galaxies and galaxy clusters in a vast, cosmic web.

It's along these filaments that hydrogen flows, feeding into the galaxies, but they're not so easy to see - among all the brightly glowing stars and galaxies and galactic nuclei, the faint emission from diffuse hydrogen in intergalactic space is hard to see, never mind map.

We just got a step closer, though. In the culmination of years of work, an international team of astronomers led by Roland Bacon of the Lyon Astrophysical Research Center in France has just directly imaged several filaments of the cosmic web in the early Universe, roughly 12 billion light-years away. 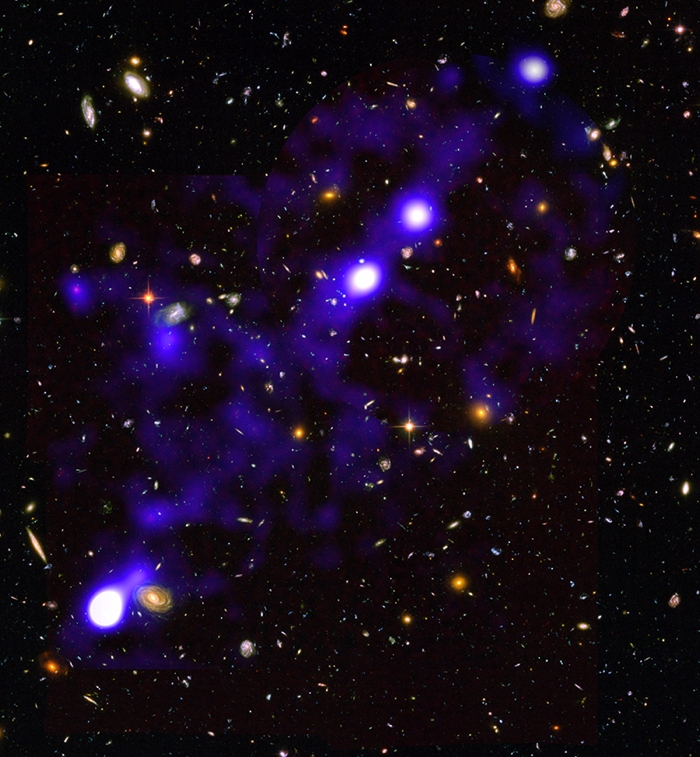 Their results are not just some of the strongest evidence yet for the cosmic web; they also found evidence that a large population of dwarf galaxies powers the hydrogen glow within the filaments. This discovery could dramatically alter our understanding of galaxy formation in the infancy of the Universe.

Because the cosmic web is so hard to see, a lot of our evidence so far has been indirect. Some scientists have used the way mass bends space-time - gravitational lensing - to look for warps in the path of distant light, which suggest that a strand of the cosmic web is between its source and us.

Other researchers use the light of quasars, extremely bright distant galaxies, to search for light absorbed by hydrogen along the filaments. 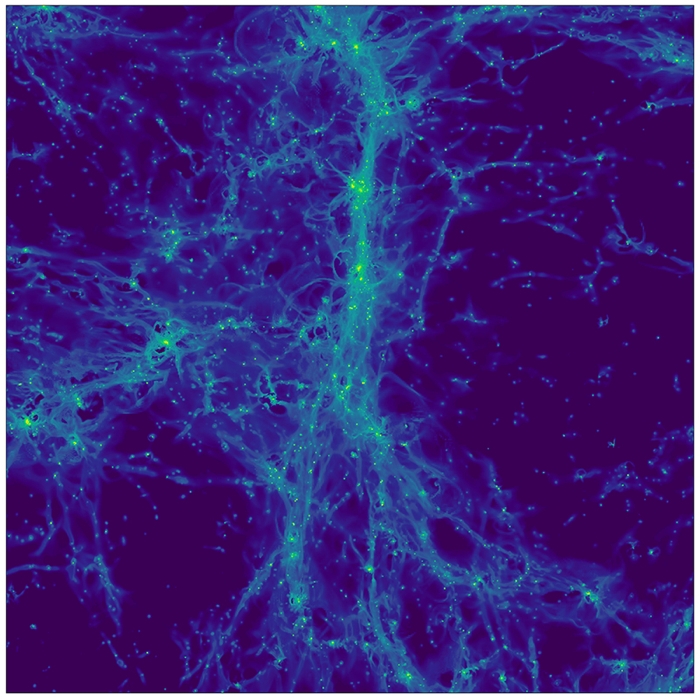 Above: Cosmological simulation of the distant Universe, with light emitted by hydrogen atoms in the cosmic web in a region roughly 15 million light years across.

Bacon and his team took a different approach - staring at a teeny-tiny patch of the sky for a really, really long time, with a really awesome telescope. Using the MUSE instrument on the ESO's Very Large Telescope in Chile, the team took an incredible 140 hours of observations of a section of sky that also appeared in the Hubble Space Telescope's Ultra-Deep Field.

Similar research had been conducted, with astronomers looking for strands of light in a cluster of galaxies - threads of gas ionized by the galaxies themselves. Here, too, Bacon's team's work differs from previous efforts: the earlier research investigated an extreme environment, while the new research deliberately looked somewhere nondescript.

Following the planning stage, the team's observations took months to obtain, from August 2018 until January 2019. They had to be taken in blocks during the new Moon to minimize interference. 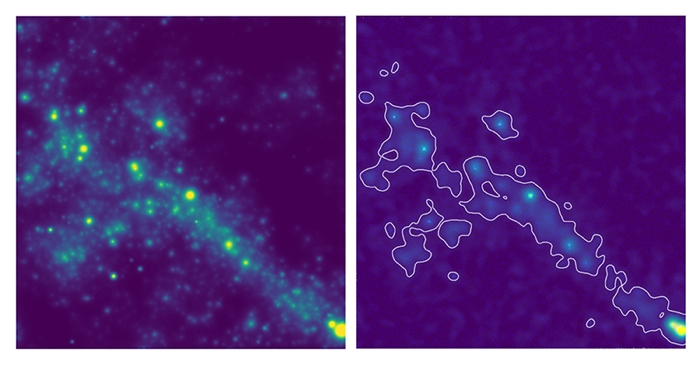 Above: Cosmological simulation of a filament made up of hundreds of thousands of small galaxies (as seen in situ on left, as seen by MUSE on right).

Then, the team had to process and analyze the data, which took another year. But it was worth it - not only were 40 percent of the galaxies in their data undetectable in the Ultra Deep Field, but the researchers had imaged glowing hydrogen in filaments of the cosmic web, spanning millions of light-years.

Fascinatingly, the team's analysis shows that the bulk of the hydrogen emission could be accounted for by a large population of star-forming dwarf galaxies, spread out along the filament. We can't see them individually, of course - they're way too far away to resolve - but future work could help confirm this discovery, with huge implications for our understanding of the Universe.

If dwarf galaxies are also being channeled along cosmic web filaments, like drops of water down a piece of string, it could help explain how galaxies formed and grew - and grew to prodigious sizes in the early Universe, a question that has perplexed cosmologists.

In addition, searching for the emission of star-forming dwarf galaxies could help us find more filaments of the cosmic web, and a deeper understanding of how everything in the Universe is connected.