Dunes and Transverse Aeolian Ridges in the Gamboa Crater on Mars. (NASA/JPL-Caltech/University of Arizona)

What appear to be ripples of blue sand dusting the Martian landscape make the Red Planet appear even more alien than usual.

The striking coloration is not, however, what it seems. To see the true beauty, you need to look a little deeper than its make-up.

Imaged by NASA's Mars Reconnaissance Orbiter earlier this year, the scenery was processed in what is called 'false color', transforming subtly distinct wavelengths of light into spectacular palettes we can't help but distinguish.

This enhancement looks spectacularly pretty, it is true, but it's not done just to gussy Mars up a bit. Processing the data in this way highlights contrast in regions and features on the Martian surface, giving planetary scientists a really nifty tool to understand the geological and atmospheric processes taking place far below the orbital altitude of MRO. Dunes and Transverse Aeolian Ridges in the Gamboa Crater on Mars. (NASA/JPL-Caltech/University of Arizona)

The region imaged by MRO here is the Gamboa Crater in the Martian northern hemisphere. Imaged at spectacular resolution, every pixel represents 25 centimeters (9.8 inches).

The tiniest ripples on top of many of the larger hills are separated from each other by just a few feet. At some point they merge to form small mounds that radiate outwards from the swell of dunes at distances of around 10 meters (30 feet) apart.

Colored brightly in blue, it's easier to distinguish the distinctive patterns of these medium-sized structures amid a sea of ripples and large, sandy waves. 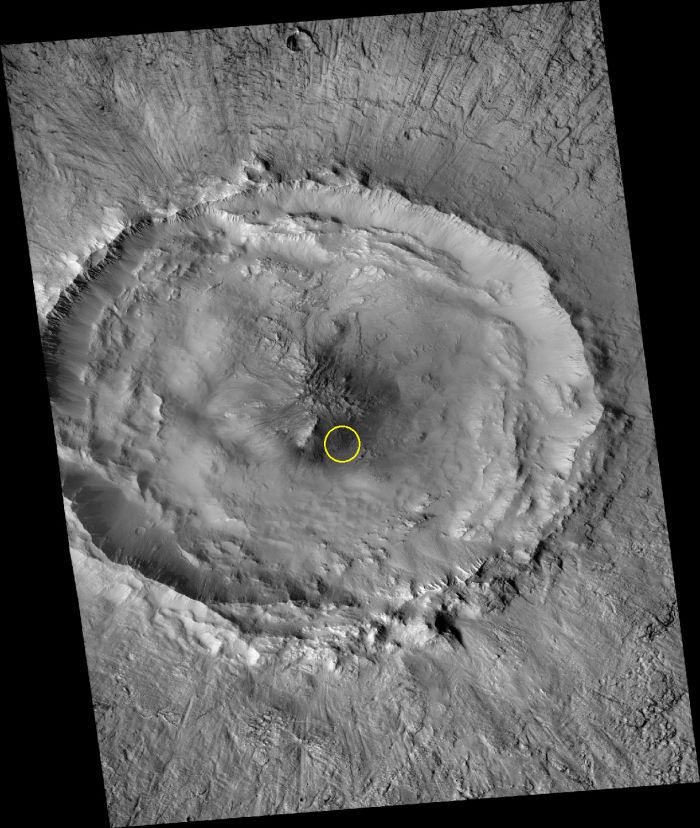 The region in the center of the crater in which these features are seen. (NASA)

Known as Transverse Aeolian Ridges, or TARs, these intermediate-sized structures consist of a sand made up of very coarse particles. According to NASA, the enhanced colors of the large dunes and the TARs suggest ongoing erosive processes.

"The mega-ripples appear blue-green on one side of an enhanced color cutout while the TAR appear brighter blue on the other," a spokesperson wrote on the NASA website. 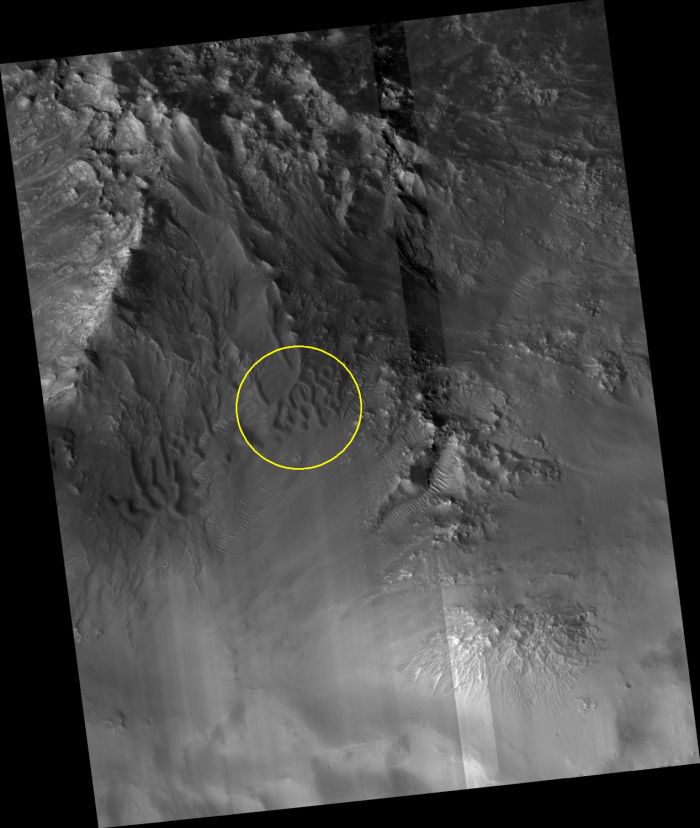 A closer zoom in on the context of the ripples. (NASA/JPL-Caltech/University of Arizona)

"This could be because the TAR are actively moving under the force of the wind, clearing away darker dust and making them brighter. All of these different features can indicate which way the wind was blowing when they formed. Being able to study such variety so close together allows us to see their relationships and compare and contrast features to examine what they are made of and how they formed."

Sometimes all you need is a little perceptual shift to learn something new… and gain a little more appreciation for the wonders of the Universe.