Australia's raging bushfires are so bad that satellites thousands of miles above Earth can easily spot their flames and smoke from space.

The fires likely started naturally, though experts think human-caused climate disruption has exacerbated hot, arid conditions that fuel the growth of such blazes. Current estimates suggest eastern Australia's bushfire crisis has scorched more than 14 million acres of land, killed about half a billion animals, and displaced hundreds of thousands of people. 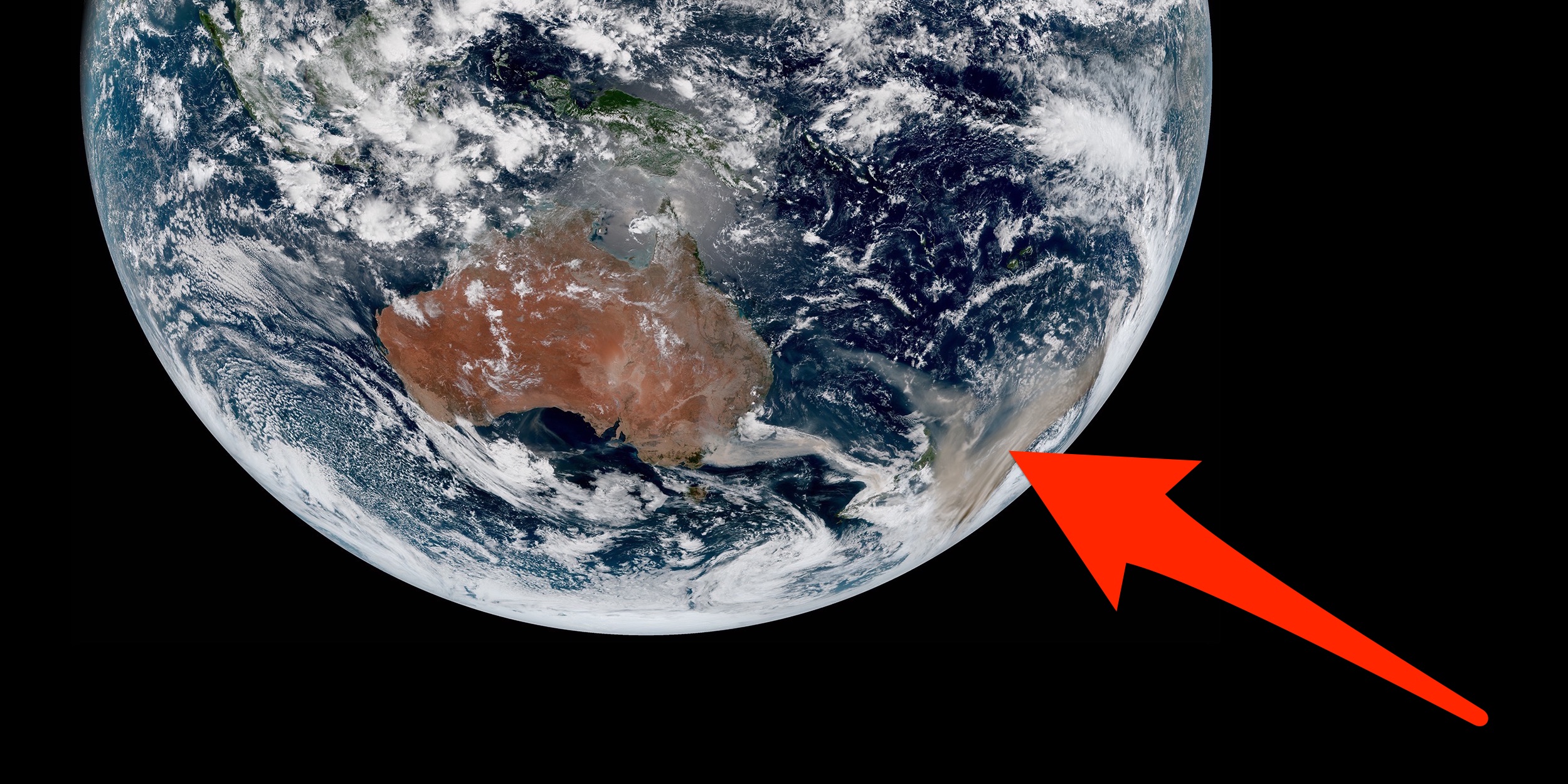 The photo above – which shows plumes of smoke roughly half the area of Europe darkening skies as far as New Zealand in a yellow haze – was taken on Thursday by the Japan Meteorological Agency's Himawari-8 satellite.

Himawari-8 launched in October 2014 and weighs about as much as a Ford F-150 pickup truck. It now orbits over the same point about 22,300 miles above our planet. Using a variety of onboard sensors, Himawari-8, NASA's Suomi-NPP satellite, and other Earth-monitoring machines are returning stunning imagery of Australia's dire situation.

Here are some of the most revealing photos, animations, and illustrations of the crisis on Earth as seen from outer space.

Himawari-8 overlooks the western hemisphere and photographs this face of Earth once every 10 minutes. Australia, its bushfires, and smoke plumes are easily visible.

Embers from fires that began in September have spread easily in abnormally long, dry, and expansive drought.

Himawari-8 satellite's view of the bushfires on January 2, 2020. Melbourne is in the bottom-left corner. (RAMMB/CIRA/CSU)

Daytime satellite views of the ground are equally if not more dramatic. The European Space Agency's Sentinel-2 satellite took this image of growing bushfires while passing over Bateman Bay on New Year's Eve. 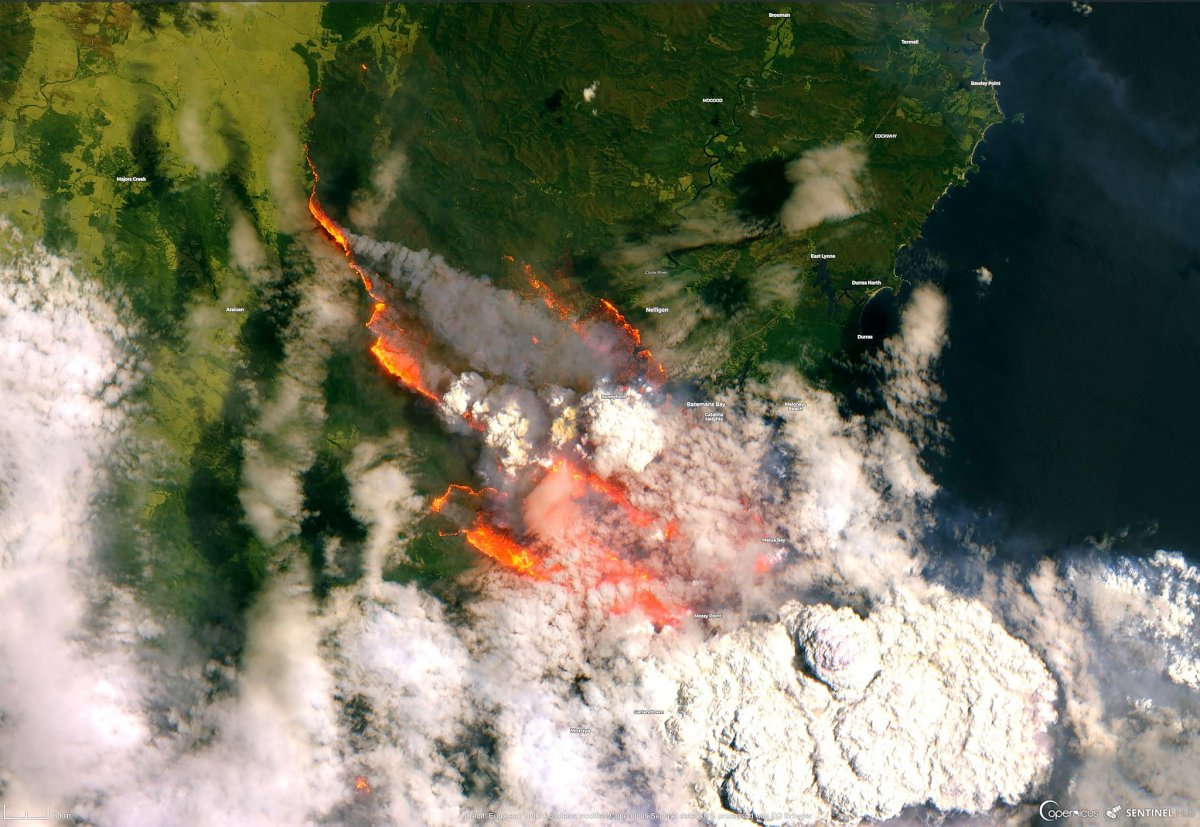 The scope of the fires is hard to comprehend. In New South Wales alone, blazes have created a fire front in the state that — if put into a straight line — would stretch from Sydney, across the Indian Ocean, and into Afghanistan.

The smoke plume alone is currently about 1.3 billion acres, or half the size of Europe, and is drifting more than 1,000 miles over New Zealand, where it is choking and yellowing the skies.

So far the bushfires have chewed through more than twice the area that burned in Amazon's rainforests during 2019.

At least 17 have gone missing in the fires, eight have died, and hundreds of thousands have evacuated. Volunteer firefighters are working around the clock to curtail the disaster, though it may burn until cooler fall temperatures arrive in the Southern Hemisphere several months from now.