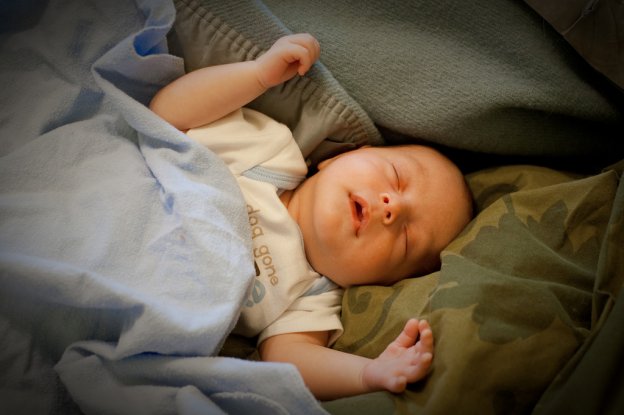 Struggle to get a good night’s sleep anywhere that’s not pitch black and deathly silent? A new study has found that taking 1 mg of the hormone melatonin helps people get more - and better quality - sleep in noisy and light environments when compared to using ear plugs and an eye mask.

The research was conducted on healthy participants, but the aim is to help patients in the intensive care units (ICU) of hospitals get solid rest, despite being constantly surrounded by activity.

Melatonin is the hormone that’s naturally released by our body in the absence of light to trigger sleepiness, and it’s already used to treat sleep disorders or help people overcome jet lag.

But the new research suggests that it might also help people fall asleep, and spend more time in REM, in noisy environments or situations where their natural circadian rhythms are being messed with by fluorescent lights - such as in ICUs, where patients desperately need to rest in order to get better.

To test how well melatonin works, researchers from the Capital Medical University in China tested 40 healthy subjects in a simulated ICU night shift environment for four nights, complete with frequent interruptions and strange sounds and lights.

Once the subjects were used to the ICU environment, the researchers then split them into four groups. One was unknowingly given a placebo, another was provided with ear plugs and eye masks. The third was given 1 mg of melatonin and the last group was left to their own devices before bedtime.

They found that, as they expected, the ICU screwed with everyone's sleep patterns. But those who had been given melatonin or the eye mask and ear plugs both slept fell asleep quicker than the other groups, and woke up less often and experienced less anxiety.

But, overall, melatonin gave a better night’s sleep than the ear plugs and eye mask and caused participants to spend more time in REM sleep.

They also measured the amount of melatonin in participant’s blood during the study, and showed that the ICU environment decreased levels in all participants - but those who had taken the melatonin had higher levels overall than the other groups.

The results have been published in the journal Critical Care, and suggest that, in future, melatonin could help patient’s in ICU recover quicker thanks to getting proper rest. And it reinforces the idea that the hormone could help anyone who is having their sleep cycle screwed up by artificial lights and sounds. Which, these days, is pretty much all of us.