The 20th Century's Greatest Debunker Has Died, Leaving a Precious Legacy of Truth

Escape artist and magician James Randi, who spent decades investigating and debunking faith healers, mind readers, psychics and other fraudsters and charlatans who claimed paranormal powers has died, his foundation said. He was 92.

"We are very sad to say that James Randi passed away yesterday, due to age-related causes. He had an Amazing life. We will miss him," the James Randi Educational Foundation said in a brief statement.

Born Randall Zwinge in Toronto, Canada, in 1928, Randi was a child prodigy with an IQ of 168 and interested in magic from a young age, The Washington Post said.

From the 1940s he worked as a stage magician and escape artist, eventually calling himself "The Amazing Randi".

As an escapologist he had held two Guinness World Records - for beating Harry Houdini's time for being sealed in an underwater coffin, one hour and 44 minutes, and for being encased in a block of ice for 55 minutes.

While he enjoyed amazing audiences with his feats of escapology and sleight of hand, Randi had no time for so-called psychics and faith healers, exposing numerous fraudsters with his inside knowledge of a magician's tricks.

James Randi was an inspiration: a lodestar representing honesty, healthy scepticism, rational thought, and the very simple idea that knowing what's really true in this world genuinely matters – and can help you lead a better life. He led a great one and will never be forgotten. pic.twitter.com/iPm0mJwNdP

As public fascination with the paranormal grew in the 1970s, Randi, along with sci-fi writer Isaac Asimov and astronomer Carl Sagan, co-founded what is now known as the Committee for Skeptical Inquiry to investigate claims of paranormal phenomena and promote scientific inquiry.

One of his most famous targets was Israeli self-professed psychic Uri Geller, who claimed to be able to bend spoons with the power of his mind.

In 1973 Johnny Carson invited Geller on The Tonight Show and asked him to demonstrate his powers on a range of props but the flustered Geller was unable to, claiming he "didn't feel strong."

Ahead of the show, the skeptical Carson, who had been a magician himself, had asked Randi for advice to expose any trickery.

"I told them to provide their own props and not to let Geller or his people anywhere near them," Randi said.

On a radio show in 1964 Randi had offered US$1,000 to anyone who could show scientific evidence of paranormal powers.

The sum grew over the years and through his James Randi Educational Foundation, the debunker offered US$1 million to anyone who could demonstrate evidence of paranormal abilities under scientific scrutiny.

"The difference between them and me," Randi told The New York Times in July 1981, "is that I admit that I'm a charlatan. They don't. I don't have time for things that go bump in the night."

In 1980s Randi also famously exposed so-called faith healer Peter Popoff, showing that the televangelist was secretly using a radio earpiece to receive specific information about members of the congregation and their illnesses which he then claimed was revealed to him by God. 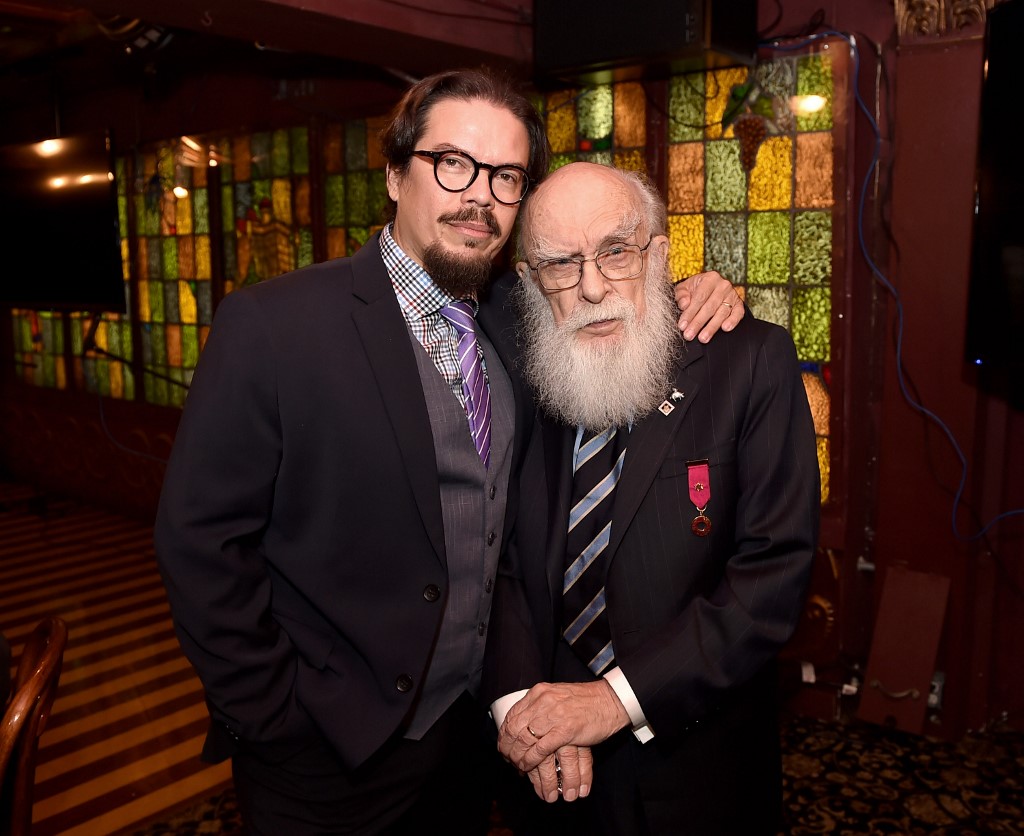 "My inspiration, my hero, my mentor, my friend. I will talk to him the rest of my life and my memory of him will answer," illusionist Penn Jillette, of Penn and Teller, said on Twitter, with a picture of himself with the bushy-bearded Randi.

Another picture from the last day I spent with Randi.  I talked to him a couple times after this.  My inspiration, my hero, my mentor, my friend. I will talk to him the rest of my life and my memory of him will answer. I didn't absorb enough wisdom, but I absorbed a lot. pic.twitter.com/8oerQO59m9

Thank you to everyone who sent so much love for my friend, Randi. There was one thing he was never skeptical about and that was love. He loved so much and knew he was loved. Thank you. Let's keep that going.

"At some personal risk he bravely unveiled psychic and clairvoyant con-artists who claim mystical powers in order to scam the public. He did it with style, grace & humor," theoretical physicist Lawrence Krauss said on Twitter.

"We've lost one of the greats. He left the world better than he found it," said Bill Nye.

Randi wrote several books debunking paranormal phenomena and other hoaxes. A documentary on his life exposing fake psychics and con artists was released in 2014, titled An Honest Liar.