Astronomers have managed to snap a new, high-resolution image of the star at the centre of Messier 78 (M78) - an incredibly beautiful nebula located 1,600 light-years away in the constellation of Orion.

Using the European Southern Observatory’s (ESO) Visible and Infrared Survey Telescope for Astronomy (VISTA) - also known as the 'dust buster' - astronomers are able to see details that would have otherwise remained hidden behind cosmic dust, which in visible light makes M78 appear like a blur in the night sky.

"When observed with visible light instruments, like ESO's Wide Field Imager at the La Silla Observatory, Messier 78 appears as a glowing, azure expanse surrounded by dark ribbons," the ESO explains.

"Cosmic dust reflects and scatters the light streaming from the young, bluish stars in Messier 78's heart, the reason it is known as a reflection nebula."

In the most basic terms, nebulae are stellar nurseries where stars form out of clouds of dust.

While star production is a chaotic and bright event, nebulae are often shrouded from view, looking like blurry swathes of blue instead of individual stars, because our telescopes can't see through all that dust.

Now all that's changing thanks to VISTA.

The M78 nebula - the bright, bluish object to the left at the centre of the image - was first discovered back in 1780 by French astronomer Pierre Méchain. But no one has ever seen it in such detail before.

For the first time in the image below, you can clearly see the stars at its core. To the right of M78 is another bluish patch - the nebula NGC 2071.

The three stars directly below and to the right of M78 make up the more familiar Orion’s Belt, which can be seen in our own night sky with the naked eye. 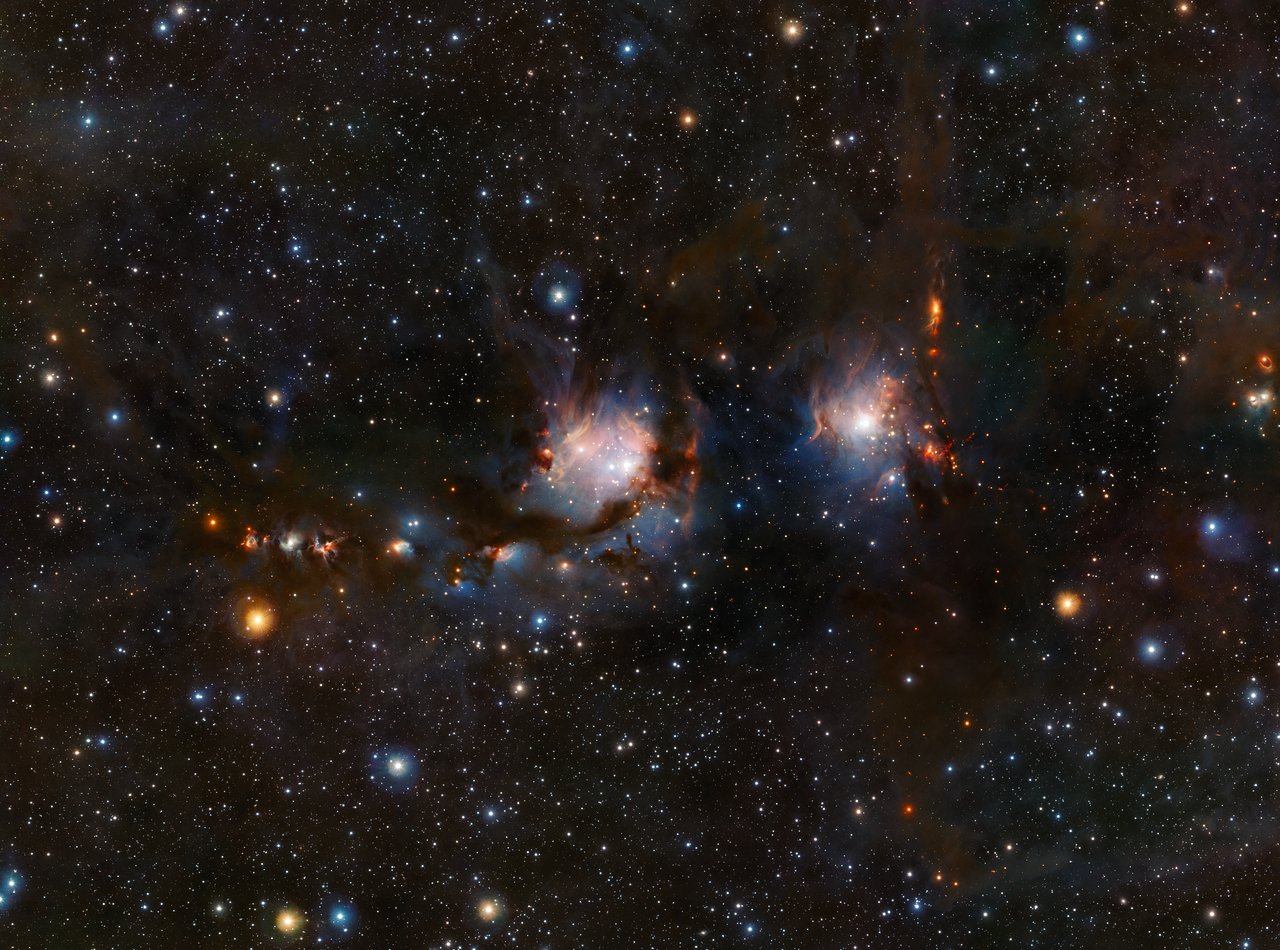 The dark ribbons surrounding both nebulae are pockets of dust that will eventually come together and form new stars and planets - and it's these ribbons that usually block the stars at their core from view.

"Beyond dusty reflections and through thinner portions of obscuring material, the luminous stellar sources within Messier 78 are visible to VISTA's eyes," the ESO explains.

VISTA was able to visualise these stars by 'sifting through' the cosmic dust. Using near-infrared - wavelengths of light that lie between visible and submillimetre light on the electromagnetic spectrum - the team can basically peer through these dense clouds to see the stellar cores of M78 and NGC 2071.

The VISTA 'dust buster' will hopefully allow astronomers to further understand how nebulae work, which will in turn provide new knowledge on the Universe is came to exist the way it does.

So the next time you look up at the night sky and see the three stars of Orion’s Belt, just keep in mind that this is what you're actually looking at. Amazing.