The Great Barrier Reef Has Escaped Death at Least 5 Times in The Past 30,000 Years

For the last 30,000 years the Great Barrier Reef has experienced all kinds of sea level rises, temperature changes, and sediment increases.

But despite a staggering five near-death experiences for the reef, it kept bouncing back - at least in the past.

A new study by a group of international researchers looked at fossil reef cores at 16 sites across North Queensland in Australia.

"Here we document the evolution of the Great Barrier Reef (GBR), the world's largest reef system, to major, abrupt environmental changes over the past 30 thousand years based on comprehensive sedimentological, biological and geochronological records from fossil reef cores," the researchers wrote.

What they found was that the reef experienced two widespread death events due to exposure to air - at 30,000 and 22,000 years ago. In those times, the reef moved seaward to survive.

Then, another two reef deaths happened due to rapid sea level rises around 17,000 and 13,000 years ago. At that point the reef moved back landward.

Finally, the last reef-death event (before the current one) was around 10,000 years ago. According to the researchers, this appears to be associated with a large sediment increase and reduced water quality, along with a general rise in sea level. 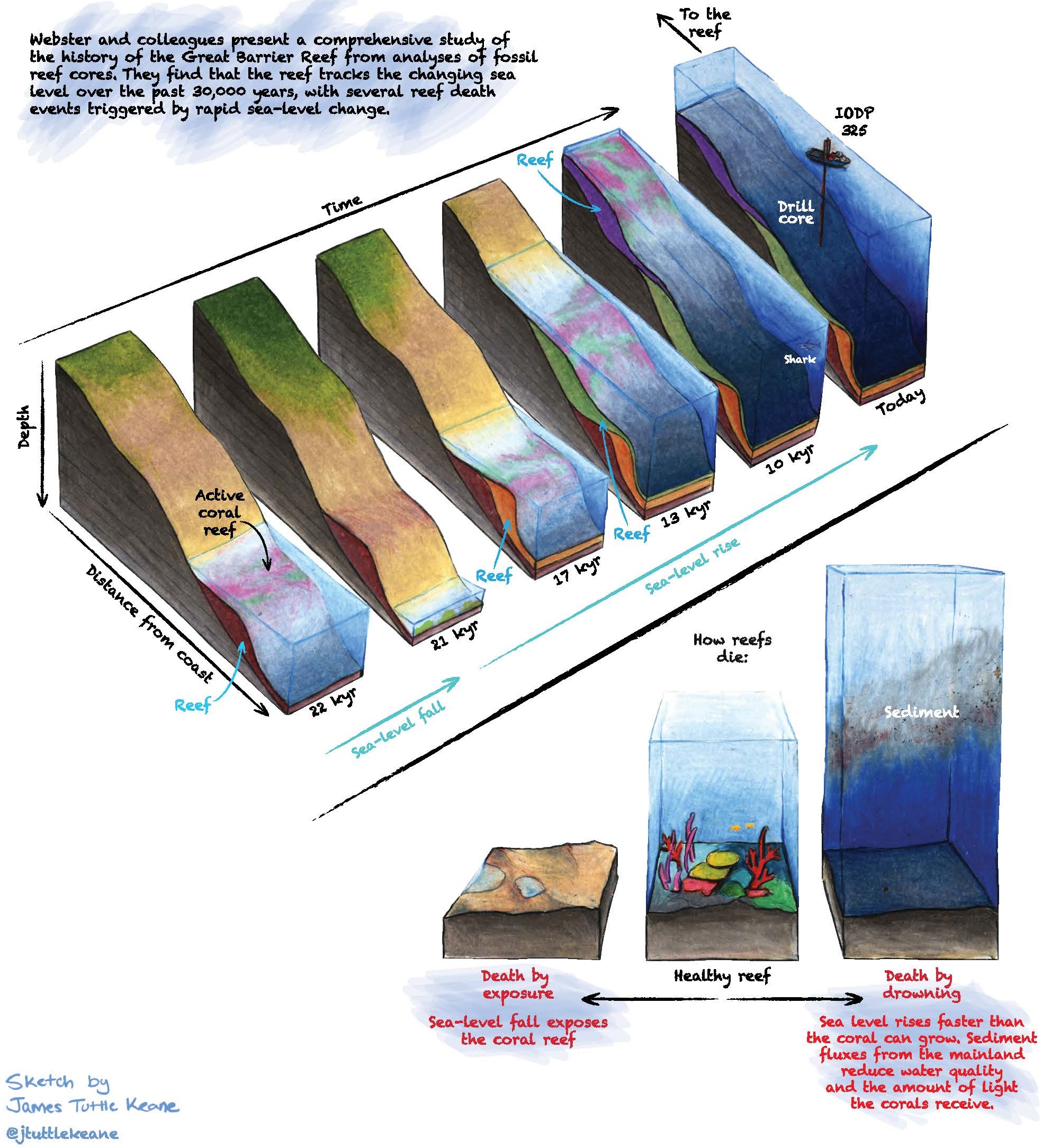 "Our study shows the reef has been able to bounce back from past death events during the last glaciation and deglaciation," said geoscientist Jody Webster from the University of Sydney.

"However, we found it is also highly sensitive to increased sediment input, which is of concern given current land-use practices."

Despite the few near-death experiences the reef has had until now, it doesn't mean that we're off the hook for the current bleaching die-offs that are happening at an alarming scale.

The reef "probably has not faced changes in sea surface temperature and acidification at such a rate," Webster explained to AFP.

"I have grave concerns about the ability of the reef in its current form to survive the pace of change caused by the many current stresses and those projected into the near future," he said.

This is mostly because of the timeframe of the current changes we're seeing and have contributed to. In past centuries, sea surface temperature would rise a few degrees over 10,000 years.

So, buckle up, because to save our incredible treasures like the Great Barrier Reef, we're still going to have to cut our emissions.

And if you don't know where to start with helping our planet, this list might give you a hand.

The research has been published in Nature Geosciences.