Scientists Just Released The Most Complete Geologic Moon Map Yet, And It's Glorious

Those light and dark spots you can see when you gaze at the Moon from afar are only hints of the rich geological diversity that can be found on our nearest celestial neighbour, and scientists have put together the most detailed map of the Moon's rock composition yet.

Not only is the finished map incredible to look at, it'll also act as a blueprint for future missions to the Moon, guiding astronauts towards suitable landing spots and areas that are worthy of further scientific investigation.

The fascinating map of lunar geology has been put together by a team from NASA, the Lunar Planetary Institute in Texas, and the Astrogeology Science Center in Arizona, run by the US Geological Survey (USGS). 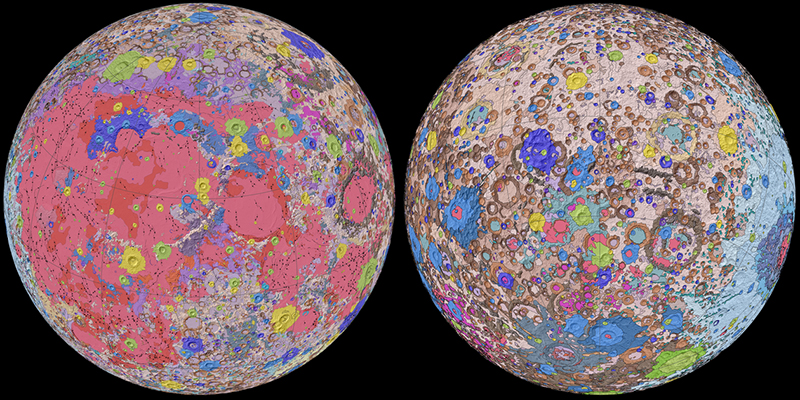 "People have always been fascinated by the moon and when we might return," says Jim Reilly, former NASA astronaut and the current director of USGS. "So, it's wonderful to see USGS create a resource that can help NASA with their planning for future missions."

At a 1:5,000,000 scale, the map was compiled from data collected from six Apollo-era maps, as well as more recent satellite imagery. Geographical software was used to stitch all the parts into one coherent whole. 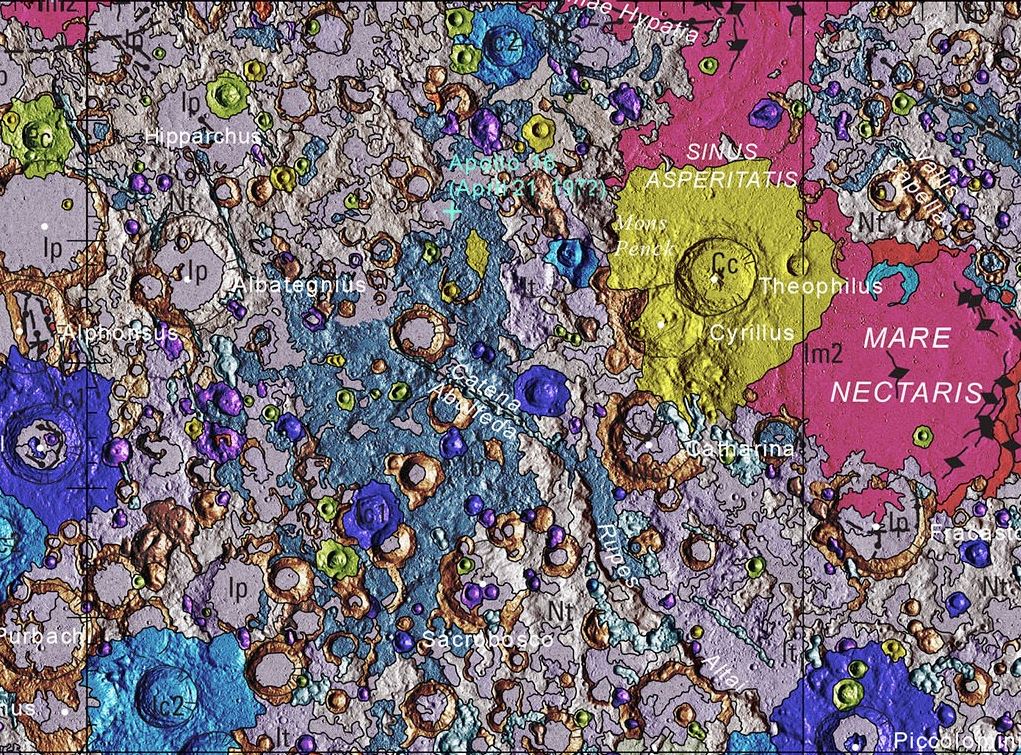 A sample of the map. (USGS)

As well as combining several old and new datasets, the scientists behind the project also standardised the rock names, descriptions and ages – details that had previously varied from map to map.

Topological information has been added in, too: the locations of craters, crests, fissures, ridges, faults, and all the other irregularities in the Moon's surface. There's more to come, with experts planning even more detailed geological maps in the future.

"It was a huge effort for our team to complete this new map and make it seamless," says Justin Hagerty, Astrogeology Director at USGS. "Much of the historical mapping was performed by various groups and at regional scales."

"Slightly different methods were used, so that maps of the same feature that had been mapped by different groups would not match."

The Moon does have a crust, a mantle and a core, but it doesn't have tectonic plates like Earth does. One of the ways in which a better understanding of the Moon's geology can be useful is in charting out its 4.5-billion-year history: how it came into being, the way it's evolved since, and everything that's collided with it along the way.

Studies of our satellite have also been helped by the rock samples that have been collected on lunar missions.

As for future missions, they will no doubt be consulting this new map. NASA is currently planning to send humans to the Moon again in 2024.

"This map is a culmination of a decades-long project," says geologist Corey Fortezzo, from USGS. "It provides vital information for new scientific studies by connecting the exploration of specific sites on the moon with the rest of the lunar surface."

You can read a paper on the map here and view the map itself online here.