Our Blood Could Be Coming From a Previously Unknown Source, Mouse Study Suggests

Our bodies are so complicated that even the most vital and well-studied systems are still throwing up surprises.

Blood, for instance, may have not just one, but two types of cellular origins within forming mammalian bodies, a study in mice has just revealed.

"Historically, people have believed that most of our blood comes from a very small number of cells that eventually become blood stem cells, also known as hematopoietic stem cells," explains Harvard University cell biologist Fernando Camargo, one of the researchers on the mouse study.

"We were surprised to find another group of progenitor cells that do not come from stem cells. They make most of the blood in fetal life until young adulthood, and then gradually start decreasing." These cells are known as embryonic multipotent progenitors (eMPPs).

To do this, the researchers inserted bits of easy-to-detect DNA sequences into a place within the mouse cell's genome that would be passed on to all their cellular descendants.

This allowed them to trace the origins of all their target cells, revealing the eMPPs divided into cells responsible for most of the lymphoid cells (a certain type of white cells) in developing mice. These eMPP cells appear to be the mothers of many immune blood cells, including white blood cells (B and T cells).

While hematopoietic stem cells can also produce these immune cells (as seen in the model below), they do so in a much more limited fashion. They tend to produce more cells that lead to megakaryocytic parts of the blood – cells that make the components needed for blood clotting. 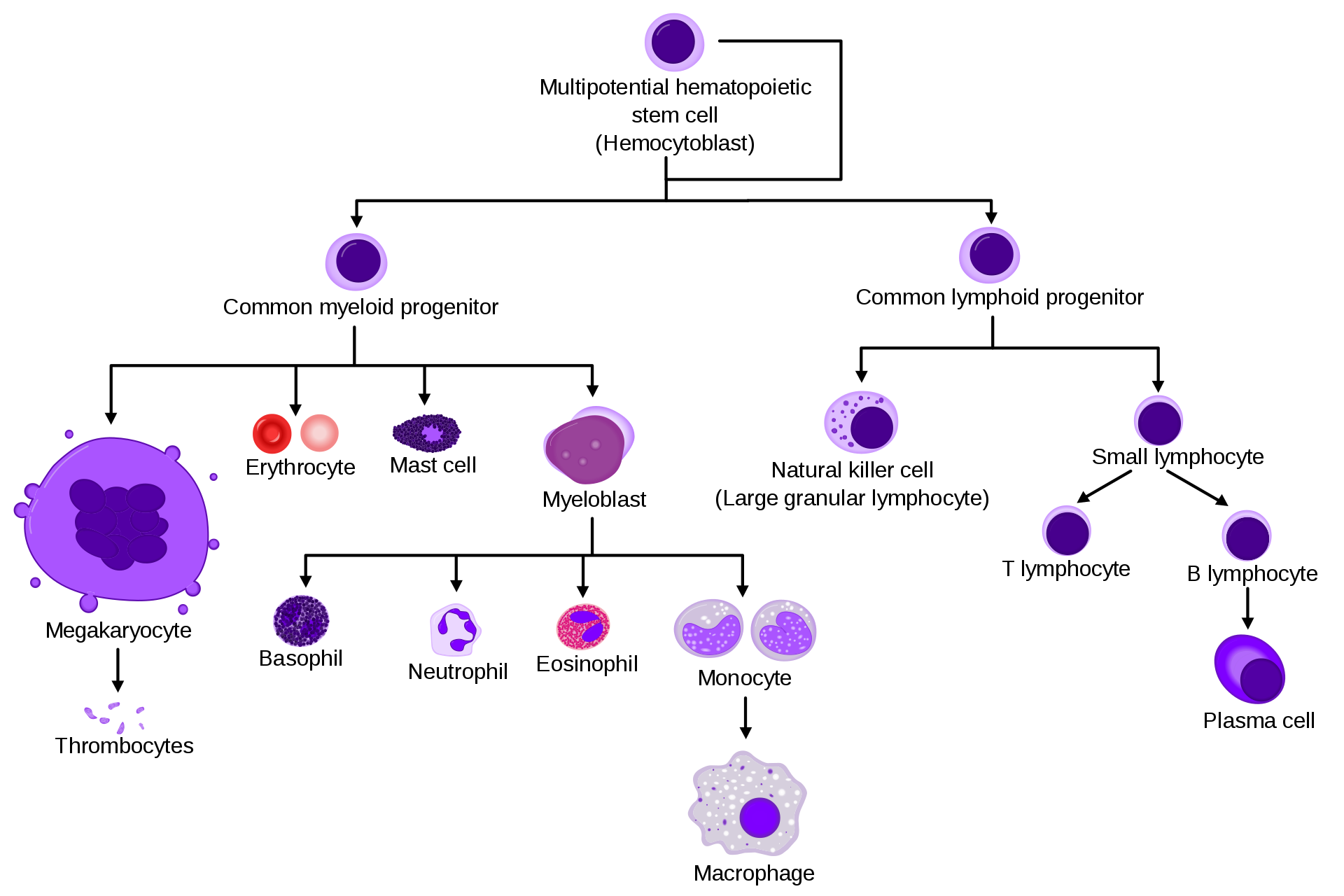 "We are following up to try to understand the consequences of mutations that lead to leukemia by looking at their effects in both blood stem cells and eMPPs in mice," says Camargo. "We want to see if the leukemias that arise from these different cells of origin are different – lymphoid-like or myeloid-like."

What's more, eMPPs contribution to blood supply appears to wane over time, which may explain the long-standing mystery of why our immune system weakens as we age.

Patel and team also tested how this new knowledge could improve bone marrow transplants, finding that eMPP transplants did not last very well in the mice.

"If we could add a few genes to get eMPPs to engraft long term, they could potentially be a better source for a bone marrow transplant," explains Camargo.

"They are more common in younger marrow donors than blood stem cells, and they are primed to produce lymphoid cells, which could lead to better reconstitution of the immune system and fewer infection complications after the graft."

Of course, all of this will only apply if the findings are the same in humans. Developmental pathways do not always hold true across different mammal species.

The team are now investigating these blood cell mothers in humans and hopes that their findings will lead to new treatments for boosting aging immune systems.