Image from LightSail 1 on June 8, 2015 after solar sail deployment. (The Planetary Society)

The Planetary Society has been busy recently. On June 25, its LightSail 2 launched into orbit; just last week on July 24, the craft opened its sails successfully, a key stage of its mission to demonstrate solar sailing in practice.

And now, the nonprofit foundation has released a statement, revealing that tomorrow (July 31), there is going to be a major announcement about LightSail 2; sounds like it could be something really exciting.

The small LightSail 2 spacecraft is a crowd-funded endeavour, built to demonstrate controlled solar sailing - a promising method of propulsion that doesn't require fuel.

Instead, the craft hosts a large sail made out of a reflective material for photons emitted by the Sun to 'bounce' off of. Although photons - light particles - don't have mass, they do have momentum, and the hypothetical principles behind solar sails state that in the vacuum of space, even this small momentum can push the spacecraft forward.

So far, so good: LightSail 2 is currently drifting 720 km (420 miles) above Earth's surface, and over the next month the craft is expected to adjust its elliptical orbit by using the solar sail.

This is already exciting, but tomorrow at 5 pm UTC we can expect to hear a potentially major announcement from Bill Nye, the CEO of The Planetary Society, as well as three other scientists working for the foundation. 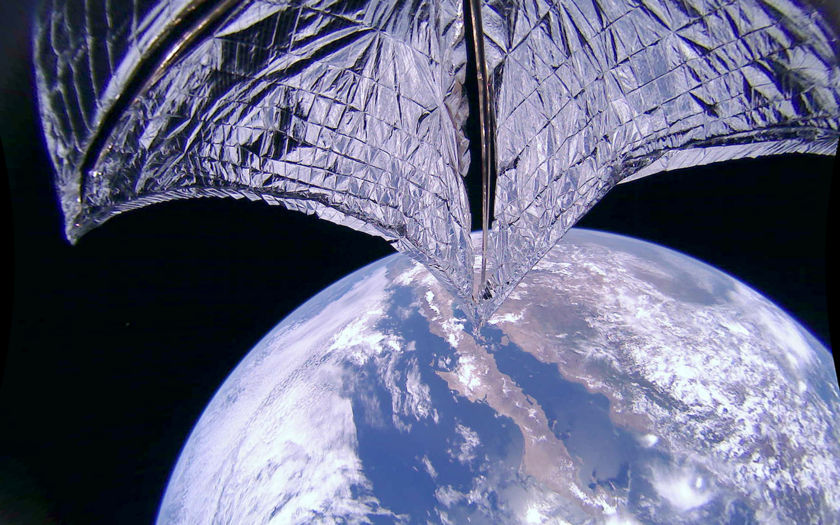 The solar sail deploying on LightSail 2. (The Planetary Society)

So far, it's anybody's guess what that announcement might bring; we've already received some stunning pictures of the solar sail deploying, so it won't be that.

They do tease that it's a 'major solar sailing milestone', so if that checks out, it will be one for the history books.

Watch this space, as we'll be sure to bring the news tomorrow as it happens!