Shane Campbell-Staton, an evolutionary biologist at Princeton University, spent most of his career researching lizards.

But at 3:00 am one morning in 2016, he was browsing YouTube and came across a video about African elephants. It described a bizarre trend: Many female elephants in Mozambique's Gorongosa National Park lacked tusks.

That was unusual, since usually just 2 percent of female African elephants are tuskless. Intrigued, Staton-Campbell reached out to colleagues who researched elephants, but found no one had looked into the mystery.

But Princeton biologist Robert Pringle invited him to the park to study the phenomenon himself.

"It took me 1.5 seconds to say, 'Yea I'll definitely do that,'" Staton-Campbell told Insider.

Seven months after watching that video, he found himself in a helicopter, counting elephants. After comparing current populations to historical video footage from Gorongosa park, he and Pringle came to a disturbing conclusion: The number of tuskless females had increased dramatically over about three decades.

The results of their research were published Thursday in the journal Science.

Victims of a civil war

The start of the trend away from tusks is no coincidence, the new study says.

Mozambique entered a bloody civil war in 1977. Armies on both sides hunted African elephants for their tusks, selling the ivory to finance war efforts over 15 years. By 1992, the elephant population in Gorongosa had declined by more than 90 percent.

During the war, the frequency of tuskless females in the park almost tripled, to the point where one in every two females lacked tusks.

Given that poachers targeted tusked elephants, it made sense that the animals' rare tuskless counterparts had a greater chance of survival.

That advantage persisted even once the civil war ended, though the proportion of tuskless females being born did go down somewhat. Between 1995 and 2004, one in every three females born in the park were tuskless, compared to about one in every five born before the war.

Overall between 1972 and 2000, the researchers calculated, five tuskless females survived for every one tusked female.

That suggested to Campbell-Staton's group that poaching had driven a rapid evolution.

"It's extremely, extremely improbable to get that magnitude of change just from chance alone," he said. 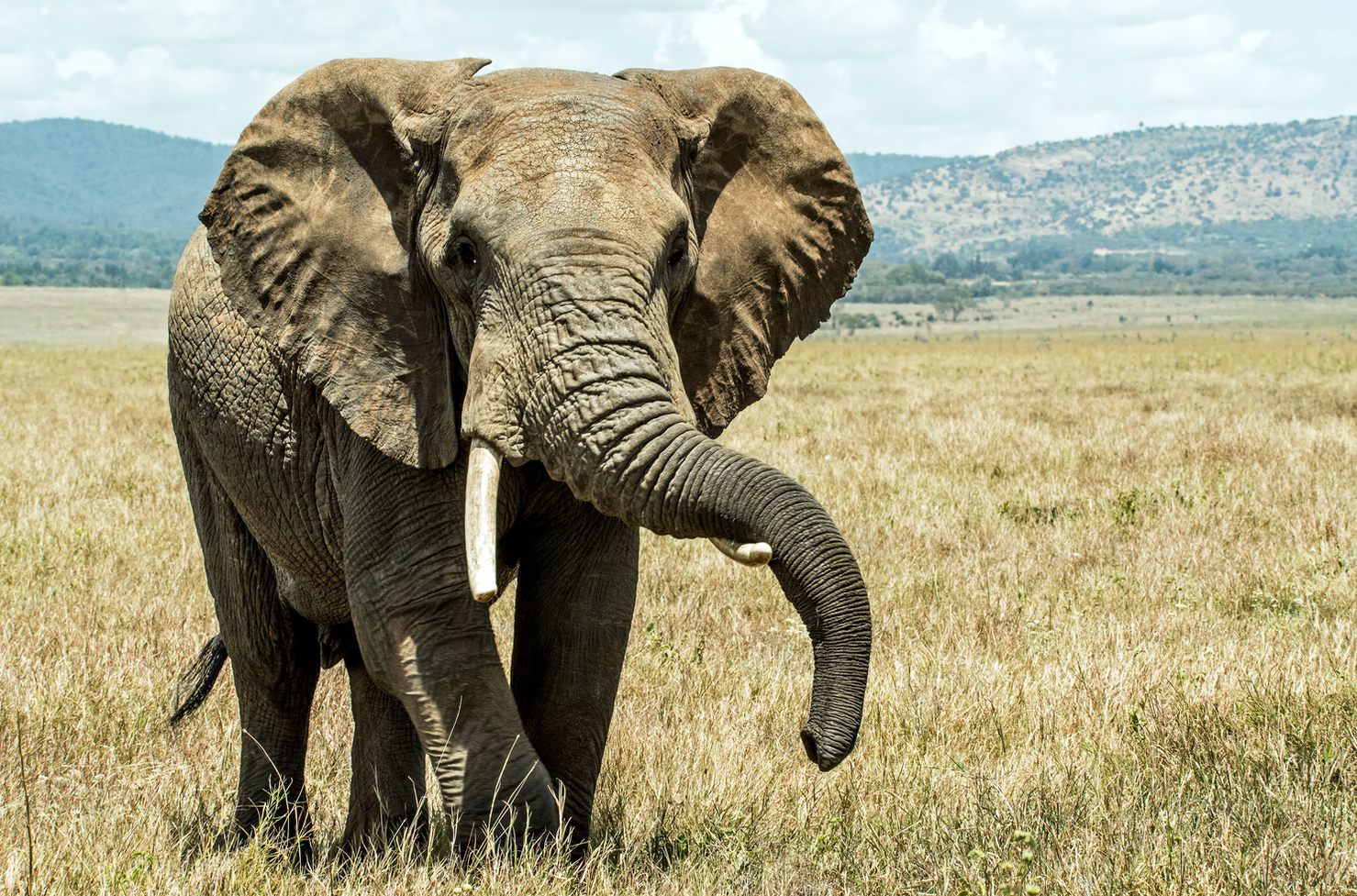 A lethal trait for males

The researchers were puzzled, however, as to why tusklessness was a trait limited to females.

Even in areas with large African elephant populations outside of Gorongosa park, there are only scattered anecdotes of tuskless males. That pattern suggests a genetic origin for tusklessness that is linked to an elephant's sex.

After sequencing the genomes of both tusked and tuskless females in the park, the researchers identified a dominant gene that could be responsible for tusklessness, called AMELX.

AMELX gets passed from mothers to their offspring on the X chromosome, and humans have the gene, too. In people, the disruption of that gene causes brittle teeth and diminishes tooth growth in females, Campbell-Staton said. But if a human male inherits a disrupted AMELX gene on his X chromosome, he usually dies.

The study authors think it could be the same with African elephants: If a male elephant inherits a disrupted AMELX gene, he dies; but the mutated gene would only result in tusklessness in a female elephant.

The loss of tusks could create ripples through entire ecosystems

Tusklessness might seem like a non-critical issue, Campbell-Staton said, but the trend could impact African elephants' whole ecosystems.

"Tusks are multi-purpose tools to strip bark from trees, dig up valuable minerals, or uncover subterranean water sources," he said. "If you don't have your tusks, your behavior shifts – you're no longer pushing trees over because you can't strip their bark."

Other animals in the African savanna are dependent on those elephant behaviors. When elephants push over trees, that creates new space for other grassland plants, which in turn create habitats for other species. A decline in tusked elephants hampers that process.

"This is an example of how human activity is changing the evolutionary trajectory of species all across the tree of life," Campbell-Staton said, adding, "humans are the most influential evolutionary pressure in history besides the five major mass extinction events."

Although Mozambique's civil war is long over, it may take a century for the proportion of tuskless females to drop back to pre-war levels.

"It'll probably take five, six, or seven generations to get back to the 2 percent that you would expect absent any poaching pressure," Campbell-Staton said.

That, of course, is far longer than the one generation that "it took to mess it up," he added.

More from Business Insider:
Trending News
Study of 500,000 Medical Records Links Viruses to Alzheimer's Again And Again Health2 days ago
Archaeologists May've Discovered The 'Oldest' And 'Most Complete' Egyptian Mummy Yet Humans3 days ago
Babies May Not Be Born With a Microbiome After All, Scientists Say Health3 days ago