The Sumatran Rhino Has Been on The Brink of Extinction For 10,000 Years

The Sumatran rhino is one of the most threatened species on the face of the planet, but until now we never knew how bad things really were for the smallest, hairiest rhinoceros.

Scientists in the US have sequenced the genome of Dicerorhinus sumatrensis for the first time, and the results tells us not only that the population peaked almost a million years ago, but it's been staring death in the face for nearly 10,000 years.

"This species has been well on its way to extinction for a very long time," says rhino expert Terri Roth from Cincinnati Zoo's Centre for Conservation and Research of Endangered Wildlife.

Fears over the Sumatran rhino's future aren't new, with the IUCN Red List of Threatened Species categorising the animal as critically endangered due to severe declines of greater than 80 percent in the rhino population over the last three generations. 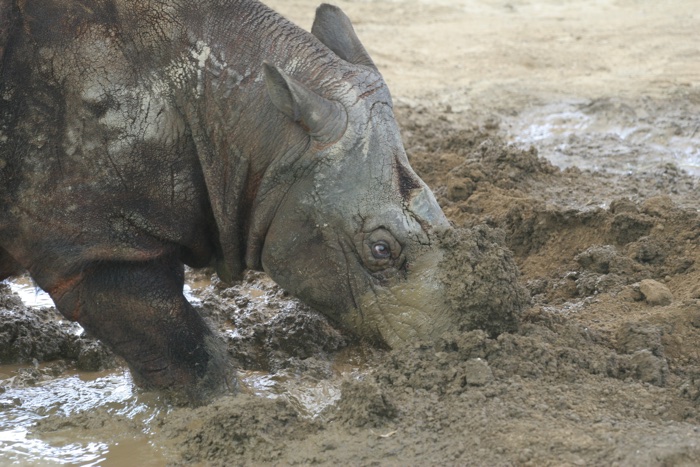 At the time of that 2008 assessment, researchers estimated the population at between 220 and 275 individuals, although others have suggested subsequently that the number of animals left in the wild could be less than half that.

While the current outlook for the Sumatran rhino is shockingly bleak, what's perhaps even more surprising is how long this grim state of affairs has hung over the hairy rhinoceros.

Based on a genetic analysis of DNA from a Sumatran rhino named Ipuh (pictured above), who lived at the Cincinnati Zoo for 22 years until his death in 2013, the species' population was as low as just 700 individuals 9,000 years ago.

The team used a technique called Pairwise Sequential Markovian Coalescent (PSMC) modelling, which makes it possible to estimate the population history of a species spanning thousands of generations, all from the genome sequence of a single individual. 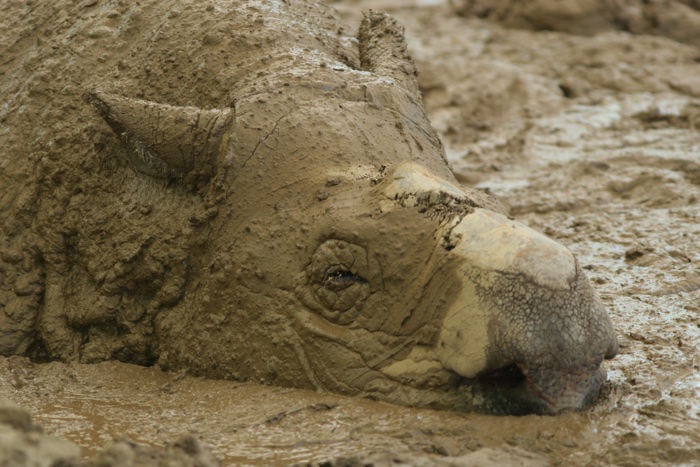 Using a sample of Ipuh's DNA, the team compared the results with fossil and climate data to put together a picture of how the Sumatran rhino fared over the past several million years.

According to the data, the species hit its population peak around 950,000 years ago, when numbers reached about 57,800 individuals.

The population is thought to have have experienced substantial fluctuations during the Pleistocene (sometimes called the Ice Age), which lasted from around 2.6 million years ago to about 12,000 years ago.

"Our genome sequence data revealed that the Pleistocene was a roller-coaster ride for Sumatran rhinoceros populations," says one of the team, Herman Mays, Jr. from Marshall University.

Towards the end of that ride, an influx of other animals into the region called Sundaland - paired with rising sea levels that fragmented the rhino's habitat into isolated islands - put significant pressure on the species and caused numbers to dwindle.

That's why, by about 9,000 years ago, only around 700 Sumatran rhinos remained, and a rebound never happened.

"Their population bottomed out and never showed signs of recovery," says Mays.

Since then, our own species hasn't exactly made things any easier for the rhinos that yet survive.

"Population declines due to recent human exploitation and habitat loss are most likely acting on a population denuded of genetic diversity during the Pleistocene," the authors explain in their paper.

Among that ailing population, two of the 200 or less are Ipuh's sons, who live on at the Sumatran Rhino Sanctuary in Sumatra.

One of the offspring has already sired calves, and conservationists are determined to see the bloodline continue into the future – if it can.

"The Sumatran rhinoceros species is hanging on by a thread," says Roth. "We need to do more to save it."