Unexpectedly, The Universe Is Getting Hotter And Hotter as It Expands

Large-scale structure of the cosmic web of gas filaments in the early universe. (TNG Collaboration)

For almost a century, astronomers have understood that the Universe is in a state of expansion. Since the 1990s, they have come to understand that as of 4 billion years ago, the rate of expansion has been speeding up.

As this progresses, and the galaxy clusters and filaments of the Universe move farther apart, scientists theorize that the mean temperature of the Universe will gradually decline.

But according to new research led by the Center for Cosmology and AstroParticle Physics (CCAPP) at Ohio State University, it appears that the Universe is actually getting hotter as time goes on.

After probing the thermal history of the Universe over the last 10 billion years, the team concluded that the mean temperature of cosmic gas has increased more than 10 times and reached about 2.2 million K (~2.2 °C; 4 million °F) today.

The study that describes their findings, "The Cosmic Thermal History Probed by Sunyaev–Zeldovich Effect Tomography", recently appeared in The Astrophysical Journal.

The study was led by Yi-Kuan Chiang, a research fellow at the CCAP, and included members from the Kavli Institute for the Physics and Mathematics of the Universe (Kavli IPMU), The Johns Hopkins University, and the Max-Planck-Institute for Astrophysics.

For the sake of their study, the the team examined thermal data on the Large-Scale Structure (LSS) of the Universe. This refers to patterns of galaxies and matter on the largest of cosmic scales, which is the result of the gravitational collapse of dark matter and gas.

As Dr Chiang explained in an Ohio State News release:

"Our new measurement provides a direct confirmation of the seminal work by Jim Peebles - the 2019 Nobel Laureate in Physics - who laid out the theory of how the large-scale structure forms in the Universe. As the Universe evolves, gravity pulls dark matter and gas in space together into galaxies and clusters of galaxies. The drag is violent - so violent that more and more gas is shocked and heated up."

To measure thermal changes over the past 10 billion years, Chiang and his colleagues combined data from by the ESA's Planck Infrared Astronomical Satellite and the Sloan Digital Sky Survey (SDSS). Whereas Planck was the first European mission to measure the temperature of the Cosmic Microwave Background (CMB), SDSS is a a massive multi-spectral survey that has created the most detailed 3D maps of the Universe. 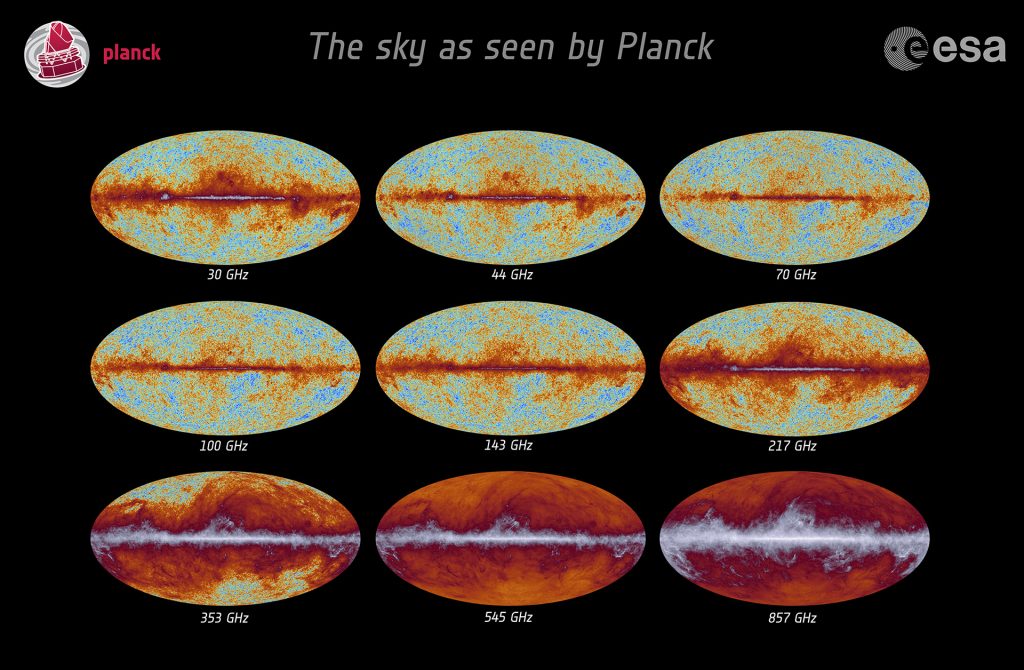 From these data sets, the team cross-correlated eight of Planck's sky intensity maps with 2 million spectroscopic redshift references from the SDSS. Combing redshift measurements (which are routinely used to determine how fast are objects are moving away from us) and temperature estimates based on light, the team compared the temperature of more distant gas clouds (farther back in time) with those closer to Earth.

From this, the research team was able to confirm that the mean temperature of gases in the early Universe (circa 4 billion after the Big Bang) was lower than it is now. This is apparently due to the gravitational collapse of the cosmic structure over time, a trend which will continue and become more intense as the expansion of the Universe continues to accelerate.

As Chiang summarized, the Universe is warming because of the natural process of galaxy and structure formation, and is unrelated to temperature changes here on Earth:

"As the Universe evolves, gravity pulls dark matter and gas in space together into galaxies and clusters of galaxies. The drag is violent — so violent that more and more gas is shocked and heated up… These phenomena are happening on very different scales. They are not at all connected."

In the past, many astronomers have argued that the cosmos would continue to cool as it expanded, something that would inevitably result in the the "Big Chill" (or "Big Freeze"). In contrast, Chiang and his associates showed that scientists can clock the evolution of cosmic structure formation by "checking the temperature" of the Universe.

IMAGE: A section of the 3D map constructed by BOSS. The rectangle on the far left shows a cutout of 1000 sq. degrees in the sky containing nearly 120,000 galaxies, or roughly 10 percent of the total survey.

These findings could also have implications for theories that accept "cosmic cooling" as a foregone conclusion. On the one hand, it has been suggested that a possible resolution to the Fermi Paradox is that extraterrestrial intelligences (ETIs) are dormant and waiting for the Universe to improve (the Aestivation Hypothesis).

Based in part on the thermodynamics of computing (the Landauer's Principle), the argument states that as the Universe cools, advanced species would be able to get far more out of their megastructures. Also, if the cosmos is going to get hotter over time, does that mean that the emergence of life will become less likely over time due to increased cosmic radiation?

Assuming there is no mechanism for maintaining a certain thermal equilibrium, would this mean that the Universe will not end in a "Big Chill," but a "Big Blaze"?

As Robert Frost famously wrote, "Some say the world will end in fire, others say in ice." Which of these will prove to be correct, and what implications it could have for life in the future, only time will tell…