On 20 December 1990, Tim Berners-Lee, a scientist at the CERN research facility in Switzerland, turned on the world's first website.

Hosted by the World Wide Web (where "www" comes from) on Berners-Lee's NeXT computer, the site was used internally by CERN scientists until the whole server was opened up to anyone with an Internet connection in August 1991.

The website itself is like a 'self-help' guide to the web - it tells you how to access other people's documents and how to set up your own server. In 2013, CERN made an effort to return it to its original address, and you can visit it here now, in stripped-down form.

As Berners-Lee explained in his initial proposal for the World Wide Web project, clarity of words was more important than fancy graphics: "Where facilities already exist, we aim to allow graphics interchange, but in this project, we concentrate on the universal readership for text, rather than on graphics." 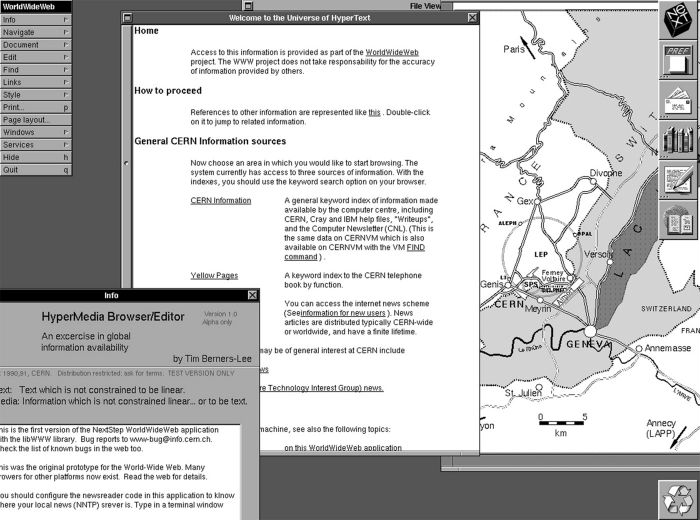 There are now more than 4 billion webpages and just under a billion domains, but none are quite so special as the pages that started it all. Max Slater-Robins over at Business Insider has rounded up some of the key players, and let's just say web design has come a long way since 1990.

Produced by Martijn Koster at CERN in 1993, Aliweb was the world's first search engine. While it allowed early web users to index their sites via keywords and written descriptions, it never really took off, and had a relatively short lifespan. You can still access it here. 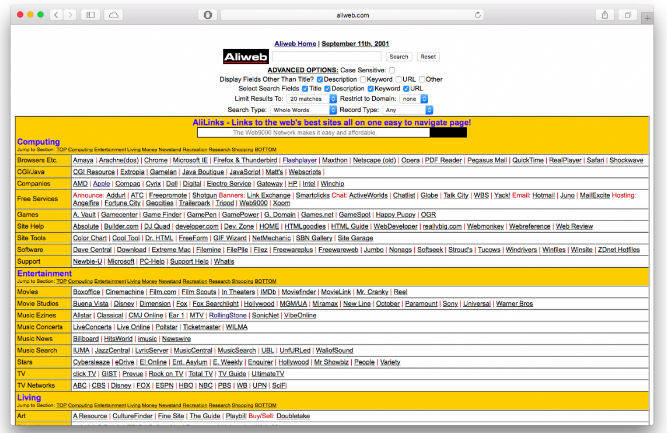 Amnesty International was super-quick to get on the World Wide Web bandwagon, launching its website in 1994: 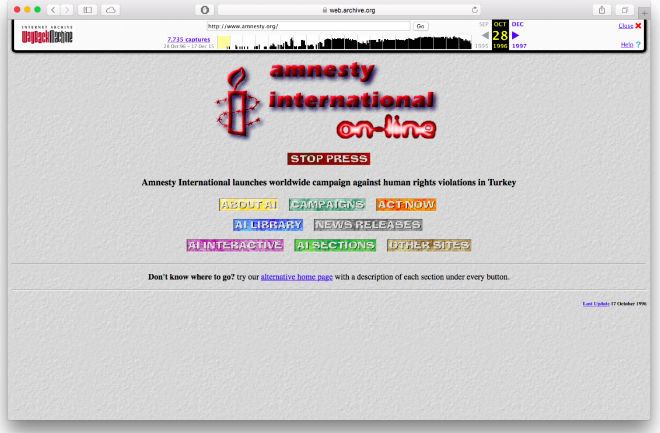 While its design aesthetic leaves much to be desired, at least it's not the first Pizza Hut website, also launched in 1994. This is what they managed to update it to in 1996:

Head to Business Insider to see more of the world's first websites, including the first effort from the White House and Yahoo.

Of course, no huge project is achieved without some lingering regrets, and for Berners-Lee, it's those damned forward slashes. "Sir Tim has admitted that he shouldn't have bothered putting two slashes after the HTTP: in URLs," says Iain Thomson at The Register.

But at least he hasn't embarrassed himself by posting any dumb cat videos over the past 25 years of being online. "To this date, he's never posted a cat picture online, although he did once send someone a picture of his dog," says Thomson.

Who knows where the World Wide Web is headed in the next 25 years, but one thing's for sure - Tim Berners-Lee will always be cooler than all of us.