Thanks to 3D printing, we have access to all sorts of new ways of making things, from more efficient medicines to entire electronic devices. But one of the biggest potential impacts (literally) of this technology could be in creating low-cost and environmentally friendly housing.

An Italian collective called the World's Advanced Saving Project (WASP) has unveiled what it says is the world's largest 3D printer, BigDelta, which can create budget-friendly mud huts in one continuous printing session.

Inspired by traditional clay house architecture and construction methods, the 12-metre high machine was unveiled by its makers this week, who say their 3D printer may provide a solution to housing shortages for the world's poor. 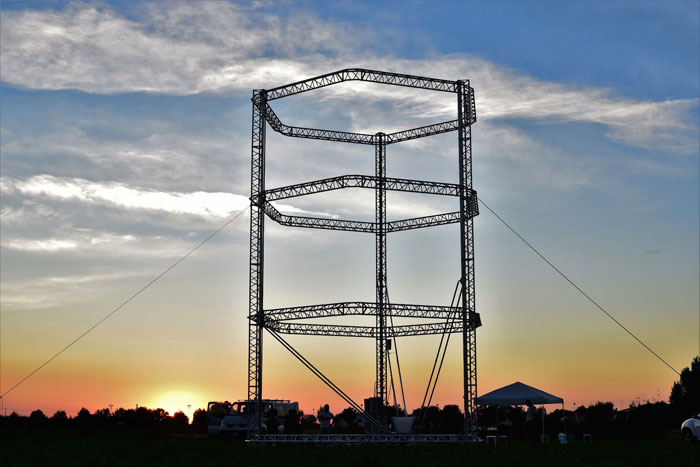 Citing United Nations figures, which estimate that 4 billion people with annual incomes of under US$3,000 will require low-cost housing by 2030, WASP argues that devices like BigDelta will be required in place of more costly and pollution-heavy building methods.

BigDelta can make houses out of mud, clay, water, dirt, and natural fibres, avoiding the expense and environmental consequences of cement. Best of all, clay houses don't require much in the way of maintenance once they're up, and can last for years with thin applications of new clay over their external surfaces every five years or so. 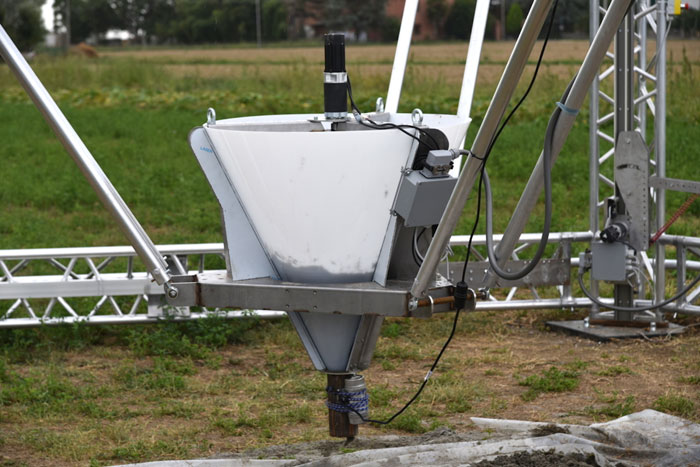 The machine operates much like a conventional filament-based 3D printer, except everything of course is at a much larger scale. While the gargantuan frame looks imposing, WASP says it's lightweight and easy to assemble and transport. The frame serves to support a giant printing nozzle that slowly extrudes what becomes the walls and ceilings of entire houses in a circular motion, layer upon layer, from the ground up.

The distinctive house shapes it can create (seen here at lower scale) are said to be informed by a breed of wasp that constructs mud homes, and also draw inspiration from traditional hut dwellings. 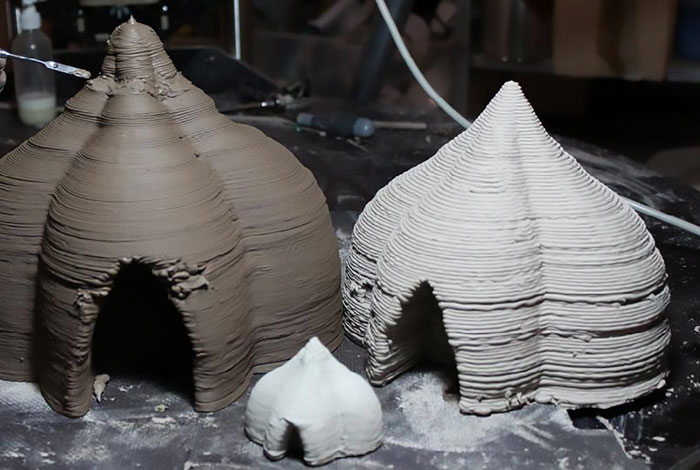 While 3D-printing houses has been done before, it's never been quite like this. Last year we told you about a Chinese company that devised a process of assembling separately printed 3D parts to make houses for under US$5,000, but BigDelta's mud huts look to be simpler, quicker, and even more affordable. Here's hoping developers around the world are paying attention.