The world's oldest message in a bottle was actually one of more than 1,000 identical bottles that helped shape our understanding of ocean currents.

Last August, retired post office worker Marianne Winkley discovered a mysterious bottle with a message inside on the shores of Amrum - an island in the German North Sea. Rumours began circulating that Winkley had found the world's oldest message in a bottle, and on March 14 of this year, the official judge - the Guinness World Records - confirmed everyone's suspicions.

At the turn of the 20th century, before the age of satellites, GPS, and water-proof electronic trackers, Bidder released 1,020 bottles off the eastern shores of England to see which direction the bottles would travel.

Inside each bottle were clear instructions to break the bottle along with a postcard requesting that whoever discovered it describe where they found it and to return the postcard to the Marine Biological Association (MBA). 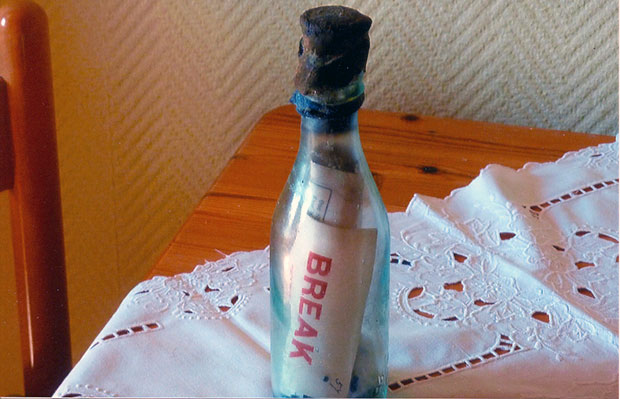 More than half of the bottles were collected after the first few months, most of them by sailors, and Bidder was able to prove, for the first time, that the North Sea current flowed from east to west.

When Winkley discovered one of these bottles 108 years later, 310 miles (498 km) away from the UK, she did exactly what the sailors had done: she completed the postcard and mailed it to the MBA.

While she's a little late to contribute to Bidder's scientific investigations, she can now officially say that she holds the Guinness World Record for discovering the world's oldest message in a bottle.