Hidden among the seeming endlessness of space, there could be countless worlds that never see the light of day. These mysterious bodies, called rogue planets, are not like other planets, although there could be multitudes of them.

In our own Solar System, Earth and all its planetary siblings orbit around the Sun, bathing in its warmth and light. Rogue planets, on the other hand, are unbound to any star – they simply drift alone through empty space, belonging to nothing except the darkness.

They stray so far from starlight, in fact, they're very difficult to see at all.

"The Universe could be teeming with rogue planets and we wouldn't even know it," says astronomer Scott Gaudi from Ohio State University (OSU).

These rogues won't be able to hide from us for much longer, though.

Sometime in the next few years, NASA will be launching the Nancy Grace Roman Space Telescope – a new US$4 billion space observatory, with optics expected to give us a field of view 100 times greater than the famous Hubble Telescope. 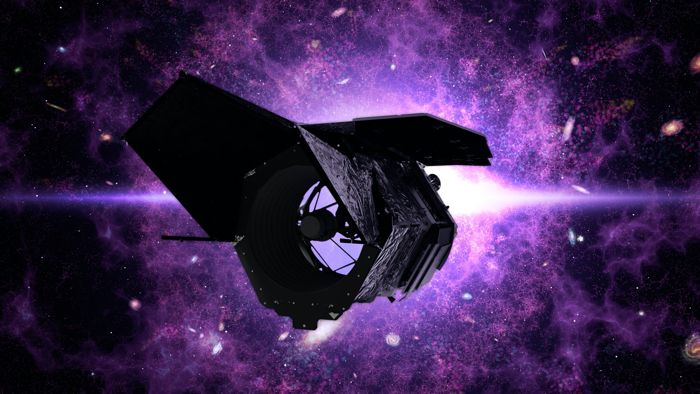 Roman's enhanced telescopic vision will kick off a new generation of surveying and studying bound exoplanets, and new research suggests it will shed more than a little light on those wandering, hidden rogues as well, aka free-floating planetary-mass objects (FFPs).

"This gives us a window into these worlds that we would otherwise not have," Johnson says.

"There have been several rogue planets discovered, but to actually get a complete picture, our best bet is something like Roman. This is a totally new frontier."

While there's much we don't yet understand about how rogue planets come to be, it's thought they may form in gaseous disks around stars, before being flung from their star systems through gravitational forces.

Alternatively, they might take shape in a manner similar to how stars form, being born when a cloud of gas and dust collapse – only it produces an isolated, low-mass planet, instead of a stellar core.

The origin mechanisms remain mysterious, for now, but what's clearer is how the Roman telescope will be able to perceive these entities drifting through the dark: a technique called gravitational microlensing.

This occurs when light from a distant object like a star gets warped via gravitational forces exerted by a massive object, such as a planet.

When this warping occurs, the light from the distant star gets magnified, making it easier for scientists to uncover new information about the massive object in front of it, including rogue planets that otherwise might remain completely invisible.

Gravitational microlensing has been in use for over three decades, but with the capabilities of the Roman telescope, it's expected to reveal cool, dark rogue planets that were never before visible – if scientists watch closely, that is.

"The microlensing signal from a rogue planet only lasts between a few hours and a couple of days and then is gone forever," says astrophysicist Matthew Penny from Louisiana State University.

"This makes them difficult to observe from Earth, even with multiple telescopes. Roman is a game-changer for rogue planet searches."

It's still a few years before the the Nancy Grace Roman Space Telescope is expected to be operational and staring into the darkness, but with the mission scheduled for a 2025 launch, we won't have long to wait before a new era of astronomical discoveries could become possible, somewhat akin to the finding of the first exoplanets.

Those discoveries only began to be confirmed in the 1990s, but now there are thousands of known exoplanets. As for what the expected detections of rogue planets will reveal about the greater cosmos, nobody yet knows for sure – but it could turn out that gravitationally bound planets, clinging onto stars, are not the universal standard we assumed they were.

"As our view of the Universe has expanded, we've realised that our Solar System may be unusual," Johnson says.

"Roman will help us learn more about how we fit in the cosmic scheme of things by studying rogue planets."

The findings are reported in The Astronomical Journal.