On April 20, 1972, Apollo 16 astronaut Charles Duke took his first steps on the Moon. He was 36 at the time and is the youngest human in history to ever walk on the lunar surface. But that’s not the only achievement of Duke's that lives on in American history.

While he was on the moon, he dropped this family portrait of him, his two sons, and his wife, which remains on the Moon to this day. On the back of the photo Duke wrote: "This is the family of astronaut Charlie Duke from planet Earth who landed on the moon on April 20, 1972."

Here’s a clearer copy of the photo Duke gave us. On the far left is his oldest son Charles Duke III who had just turned seven. In the front in red is his youngest son, Thomas Duke, who was five. Duke and his wife, Dorothy Meade Claiborne, are in the background: 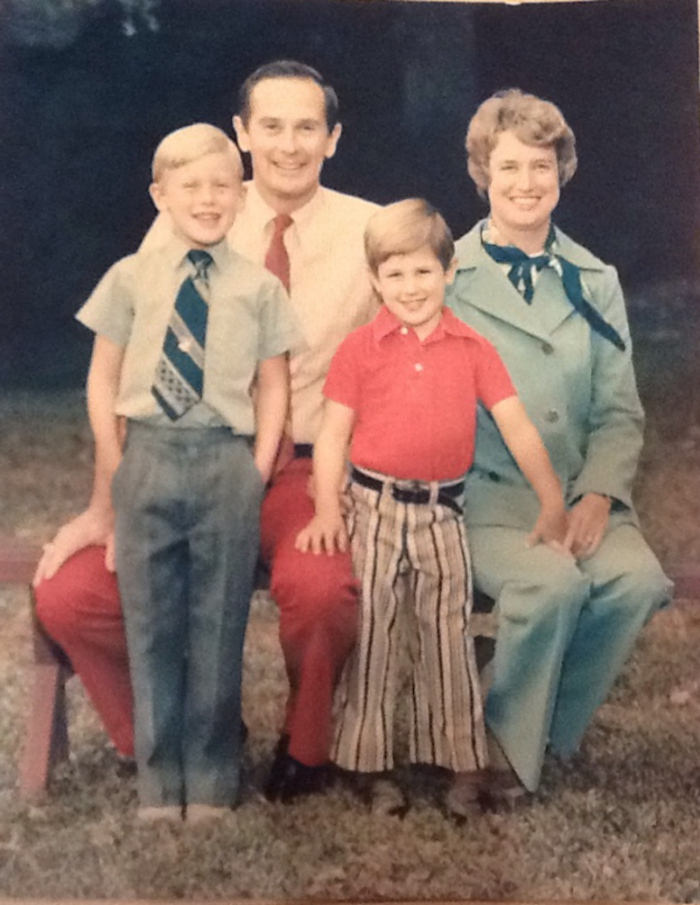 The photo has since been featured in numerous popular photo books and is a great example of the "human side of space exploration", Duke said.

When Duke was training to be an Apollo astronaut, he spent most of his time in Florida. But his family was stationed in Houston. As a result, the children didn’t get to see much of their father during that time.

"So, just to get the kids excited about what dad was going to do, I said ‘Would y’all like to go to the moon with me?'" Duke said. "We can take a picture of the family and so the whole family can go to the moon."

More than 43 years have passed since Duke walked on the moon. And while the footprints that he made in the lunar soil are relatively unchanged, Duke suspects the photo is not in very good shape at this point.

"After 43 years, the temperature of the moon every month goes up to 400 degrees [Fahrenheit] in our landing area and at night it drops almost absolute zero," Duke said. "Shrink wrap doesn’t turn out too well in those temperatures. It looked OK when I dropped it, but I never looked at it again and I would imagine it’s all faded out by now."

Unfortunately, there is no way to determine just how faded the photo is because it’s too small for lunar satellites to spot.

Regardless, the photos "was very meaningful for the family", Duke said. In the end, that’s all that matters, right?