Deep inside your ear there's a tiny thing you may not know about - a dead-end tube called an endolymphatic sac. Details on its function have been debated, but it was only in 2018 that scientists figured out (at least in part) what this odd structure is for.

According to a chance discovery in zebrafish, the endolymphatic sac may play the role of some kind of 'safety valve' in the inner ear.

The story behind the find starts several years ago when Harvard Medical School systems biologist Ian Swinburne made a connection between a pulsating blob of cells in a developing zebra fish and that cul-de-sac thing poking out of our own inner ear.

If you missed seeing it on your high school biology exam, don't worry about it. You won't often find the endolymphatic sac on diagrams of the inner ear; possibly because none of us know what it actually does.

Imagine your inner ear as a long tube shaped like a weird snail. At one end, it curls into a shell-like structure called a cochlea. At the other – where the snail's eyes would be – there are three perpendicular loops called a labyrinth.

Fluid in the snail-shell part transfers waves we interpret as sound, while the fluid in the loops acts like a biological spirit-level, sloshing about to tell you which way is up.

Between these two structures, behind the window where a tiny hearing bone called the stapes plugs in, there are two chambers called the utricle and the saccule. These chambers in turn connect to a short, thin tube ending in that mysterious sac. Try to picture it hidden behind the diagram below: 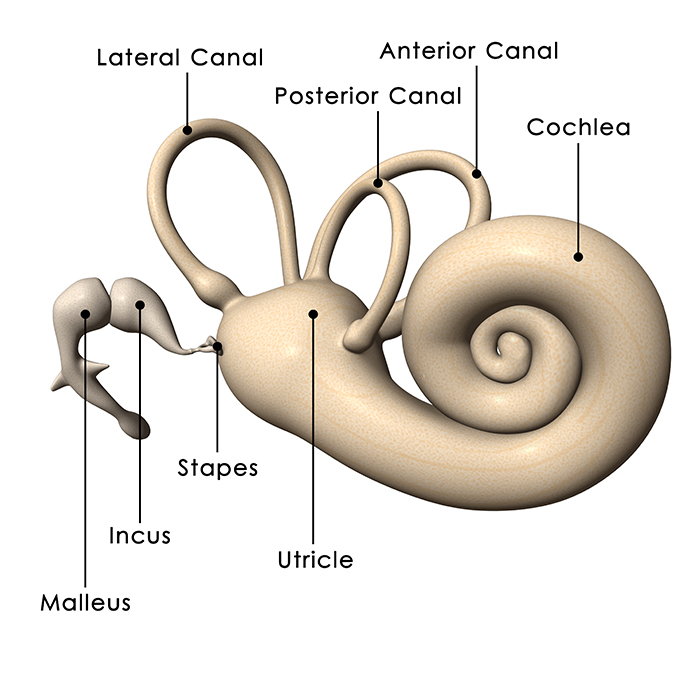 Diagram of the inner ear, missing some bits. (7activestudio)

While nobody is certain about what it does, there are some clues. It's understood to have a starring role in Ménière disease, a condition characterised by symptoms that include vertigo and tinnitus.

The disease is presumed to be caused by excess fluid in the inner ear overinflating the structure, and since surgery on the endolymphatic sac has been shown to help alleviate symptoms, the sac probably has something to do with fluid regulation.

Circumstantial evidence is a good place to start, but Swinburne and his zebrafish offered an opportunity to do a compare and contrast on this weird bubble of tissue.

Watching the endolymphatic sac at work inside something as dense as a human head is easier said than done. But in the zebra fish, Swinburne could use dyes to watch and record the movement of fluid slowly flow in and then quickly out of the tiny structure.

There was just one question.

"We had all these movies where you could see the whole structure pulsing, and when Ian injected dye into the sac we could see fluid flowing out," said Swinburne's postdoctoral advisor Sean Megason back in June 2018.

"But it wasn't clear how that fluid was getting out. It seemed like something weird was going on."

Then, the team got lucky. In a separate zebrafish study, a mutant fish with a variation of a certain genetic regulator happened to have an endolymphatic sac that was larger than usual.

Whatever this mutated gene did, it seemed to cause the structure to overfill and fail to deflate properly, hinting at a structural difference that might show how a normal sac works.

Using high-resolution electron micrographs the researchers found their answer. Inside the sac there were overlapping, flap-like projections called lamellae poking out of the cells.

"Biologists like to say that structure determines function," said Swinburne. "When we saw the lamella for the first time, it all clicked."

The cells lining the endolymphatic sac appear to have spaces between them to allow fluid to pass. Those lamellae plug the gaps, but as the pressure builds they slide apart, until suddenly the whole sac can leak like a sieve.

A closer look using more advanced microscopy techniques showed that this was indeed what was happening.

"It looks like a cell that's migrating, but they are part of the epithelium. It's really weird cell biology," said Swinburne.

For people who suffer problems maintaining the balance of fluid in their inner ear, new information about the endolymphatic sac's role as a pressure release valve could one day come in handy.

And just maybe we can finally add it into those anatomy text books.

This research was published in eLife.