Human cultures can see the world through very different lenses, but the way we sort stars in the night sky is surprisingly universal.

Even when separated by vast differences in time and space, many of the same constellations stand out time and time again in human history, albeit with different names and stories behind them.

The constellation Orion is visible throughout the world and is one of the most obvious examples.

While the ancient Greeks saw a determined hunter in the face of a charging bull, with club and shield in hand, in the Southern Hemisphere, a much more ancient group of Aboriginal Australians known as the Wiradjuri see their ancestral creator Baiame, wielding a shield and boomerang.

Both Baiame and Orion are chasing seven young women, known as the Yugarilya sisters or the sisters of Pleiades respectively. Yet in the Southern Hemisphere, the constellation of Orion appears upside-down, thus inspiring stories of Baiame falling in a hunt as his constellation dips head-first over the horizon. 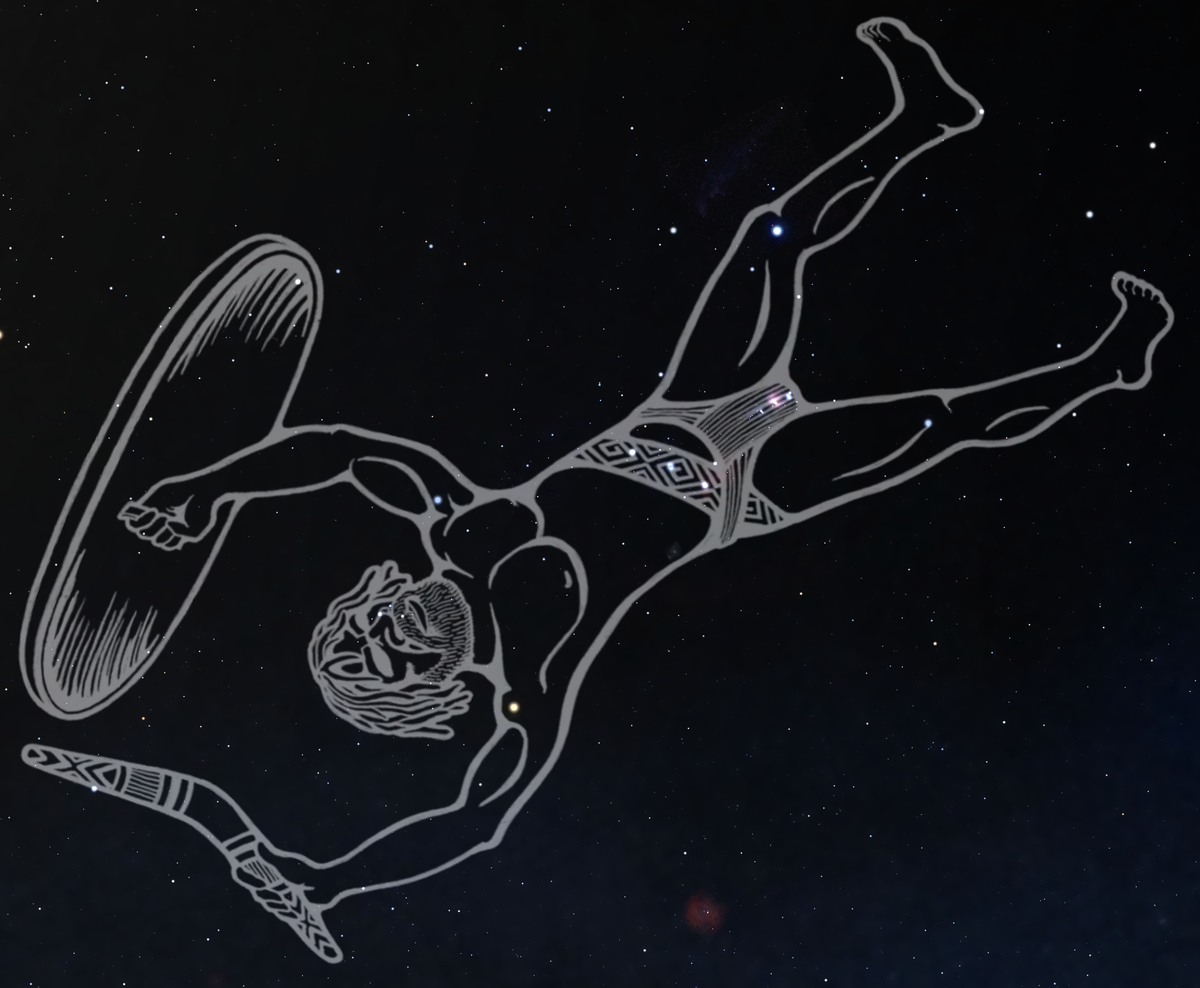 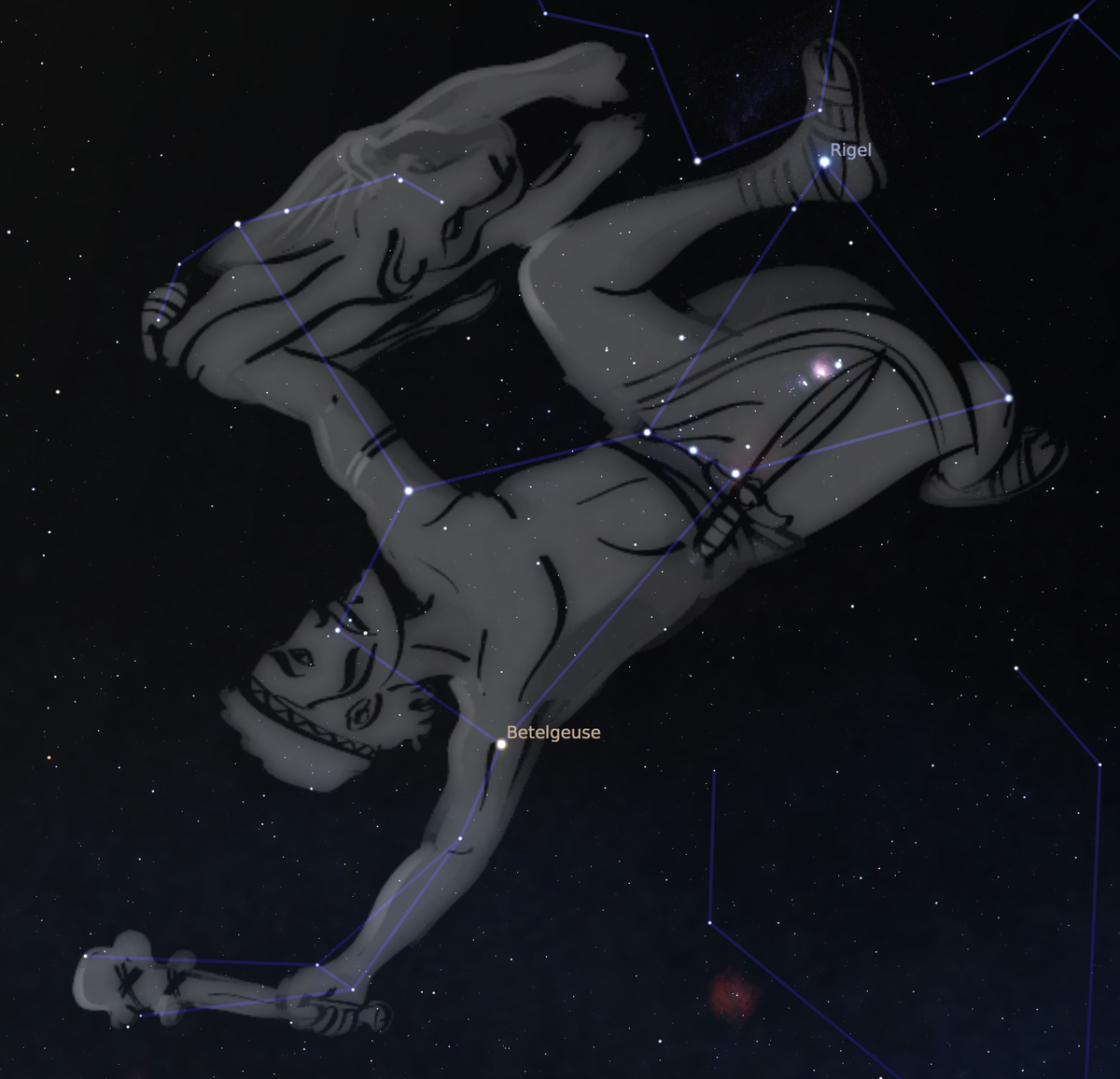 The constellation of Orion, which appears upside-down in Australia. (Stellarium)

Far from a striking coincidence, researchers at the University of Pennsylvania have now proposed that something is drawing us to similar patches of light in the heavens, regardless of our culture.

"We hypothesize that the perception of star groups (constellations) can be explained by a simple model of eye movements taking a random walk along a network of star-to-star transition probabilities," they write in an abstract which was presented at a meeting of the American Physical Society in March.

The full results are yet to be published, but the authors argue this visual 'walk' is influenced by the size of stars and the distance between them, along with the quick and tiny movements that human eyes make when they are scanning a scene, also known as saccades.

Creating a free energy model based on these factors, the team has calculated the probability of mentally arranging visible stars into clusters amongst a highly complex matrix.

When applied to the night sky, this model successfully identified 88 constellations already recognized by the International Astronomical Union.

"We show that the statistics of the perceived star clusters naturally align with the boundaries between true constellations," the authors conclude.

Of course, this isn't to say there aren't cultural differences in human perception – just that there are remarkable consistencies, too.

In the Southern Hemisphere, for instance, it was more common for ancient cultures to use dark spaces as well as bright stars to tell their stories, yet even then, there are overlaps in constellations.

Some Aboriginal Australians, for example, see a celestial emu in the dark dust lanes of the Milky Way. The same absence of light appears like a flightless rhea – a distant relative of the emu – to the Tupi people of Brazil and Bolivia. 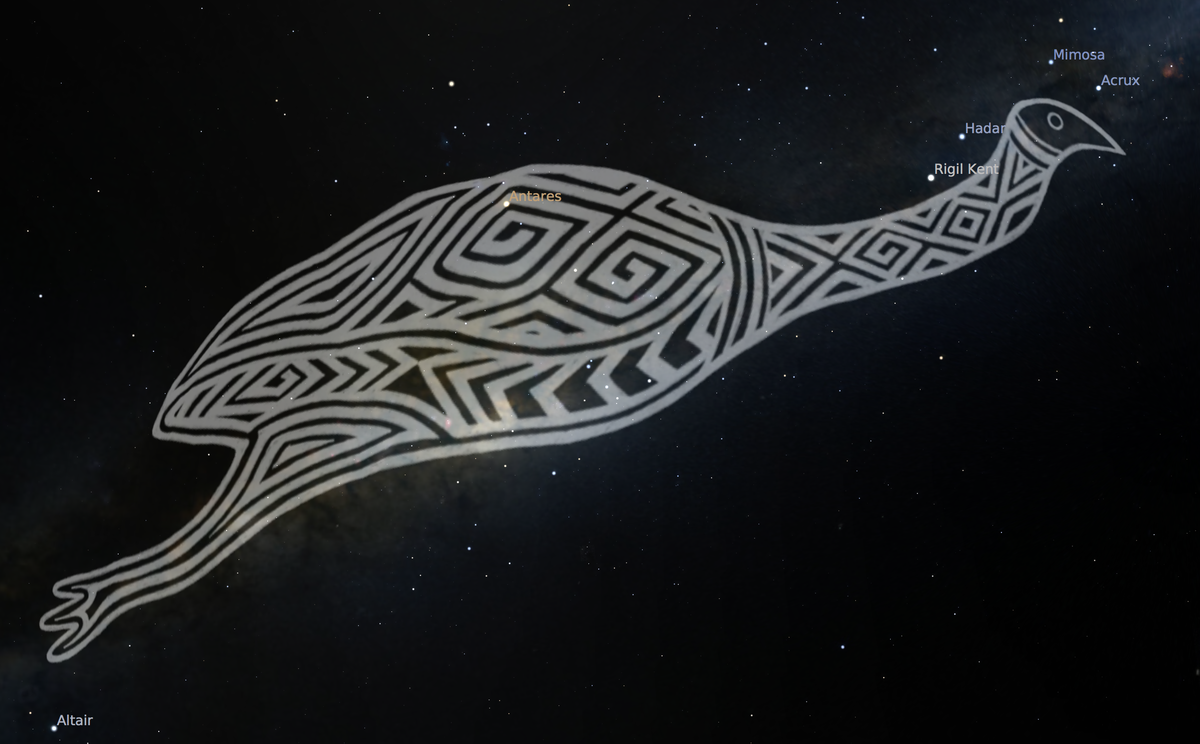 Obviously, not all constellations are able to be seen fully or in the same orientation in both the Southern and Northern Hemispheres. Depending on where in the world you look up, you might see something slightly different.

The Big Dipper is a famous asterism (a star pattern that's not an official constellation, but can form a part of one) only seen in the Northern Hemisphere, but for the Alaskan Gwich'in these stars are part of a much bigger picture – one that takes up nearly the whole visible night sky.

Their constellation, known as yahdii, spans more than 133 degrees across the sky, including stars that are nearly all circumpolar to the latitude of Gwich'in country. As the night proceeds, yahdii appears to walk from east to west – its tail is the Big Dipper.

Scientists and anthropologists have long wondered why we see similarities and differences in the night sky. Is it cultural? Is it about location? Is it something more inherent? Is it a mix of factors? These are questions that have yet to be answered, but the new study suggests there's something universal in stargazing, something capable of transcending both space, time, and people.

"Ancient people from various cultures connected similar groupings of stars independently of each other," David, a high school student who worked with the team told Science News.

"And this indicates that there are some fundamental aspects of human learning … that influence the ways in which we organize information."

And also the way we make sense of our own place in the world.

The study was presented at the American Physical Society March Meeting.

Editor's note (7 Apr 2021): An earlier version of this article erroneously referred to the Big Dipper as a constellation; we have now corrected this to 'asterism'.