There Was a Special, Extra Crew Member Onboard Yesterday's SpaceX Launch – Baby Yoda

To kick off the company's Crew-1 mission - its first full-length astronaut flight for NASA - a Falcon 9 rocket spewed fire into the night at 7:37 pm ET (12:37 am Monday UTC) and then roared off the launchpad at NASA's Kennedy Space Centre in Florida.

The rocket pushed a newly human-rated Crew Dragon spaceship into orbit, carrying the NASA astronauts Mike Hopkins, Victor Glover, and Shannon Walker as well as the Japan Aerospace Exploration Agency's Soichi Noguchi. But the crew brought along a friend.

"We've got Baby Yoda on board trying to take a seat right now," the NASA communications specialist Leah Cheshier said in the agency's livestream of the mission. 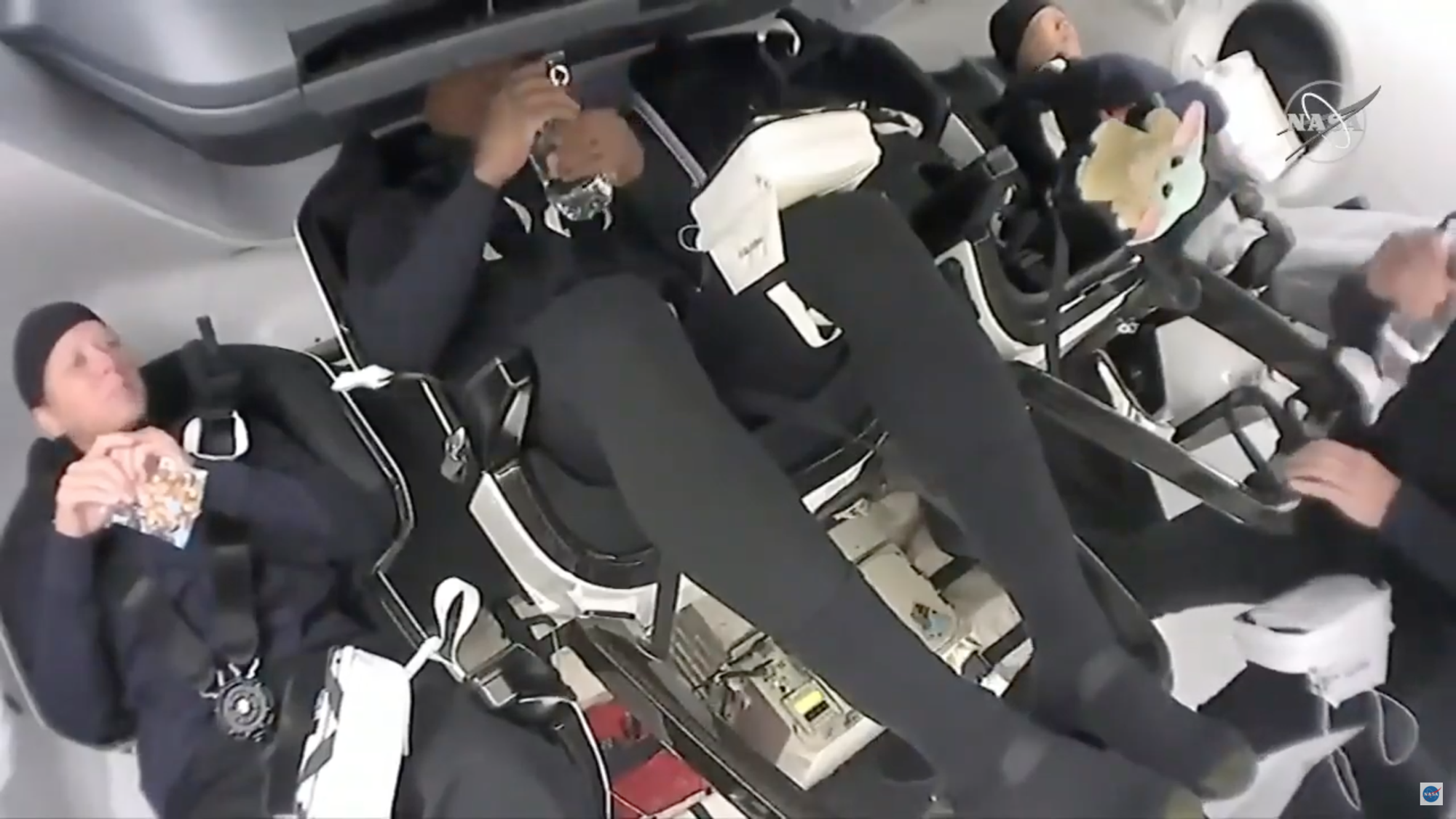 The plush toy was visible floating around the cabin of the Crew Dragon spaceship as it orbited Earth and the astronauts settled in to sleep for the night.

The Baby Yoda toy, a character from the Disney Plus show "The Mandalorian," carries on a tradition in which spaceships carry plushies with them as "zero-gravity indicators."

Once the toys start to float, observers know the ship has left the pull of Earth's gravity.

Baby Yoda's sojourn into Earth's orbit is part of a mission called Crew-1. The Crew Dragon capsule is set to dock at the International Space Station on Monday evening, where the astronauts will live and work for about six months, constituting the longest human spaceflight in NASA history.

The NASA astronauts Bob Behnken and Doug Hurley brought a toy with them as well over the summer when they launched on SpaceX's first human mission, a test flight called Demo-2.

Theirs, a sequined plush dinosaur, was the product of a vote by the astronauts' young sons, who are dinosaur enthusiasts. They chose to send Tremor the Apatosaurus onto the ship.

When the Crew Dragon made its first test flight to the International Space Station with no astronauts on board, it also carried a plushie toy. That was an Earth doll named Buddy.

Both Buddy and Tremor sold out of stores after making their debut in space.

It was not immediately clear which of the many Baby Yoda plushies on the market is on board the Crew Dragon.

"Wondering if we might hear a little bit more about that later, that choice, but does look like another crew member floating around with them," Anderson said.

More from Business Insider:
Trending News
Man Keeps Rock For Years, Hoping It's Gold. It Turns Out to Be Far More Valuable Space2 days ago
The FDA Just Approved The Most Expensive Drug in The World Health2 days ago
Rapidly Melting Glaciers Are Releasing a Staggering Payload of Unknown Bacteria Environment4 days ago