These 6 Women Were Written Out of Tech History

Back in 1942, six mathematicians were hired by the US government to work on a top-secret project - programming America's first all-electronic digital computer. Without any formal coding language or tools, they managed to create a machine that could perform complex calculations 10,000 times faster than any other machine at the time, essentially kickstarting the digital revolution in the process.

But despite their involvement, most people have never heard of them, because their contribution was glossed over at the time due to their gender.

Called ENIAC - or the Electronic Numerical Integrator and Computer - the machine itself was mostly built by men. But it was programmed by a team of six women - Betty Jean Jennings Bartik, Kathleen McNulty Mauchly Antonelli, Ruth Lichterman Teitelbaum, Frances Bilas Spence, Marlyn Wescoff Meltzer, and Betty Snyder Holberton. At the time they were called, I kid you not, the "computers".

The women were all top mathematics graduates who were recruited for the important job of debugging the computer and getting it to 'think'.

All they were given to help them out was a stack of wiring diagrams and round-the-clock access to the computer, which took up an entire room and contained almost 18,000 vacuum tubes, 70,000 resistors, 10,000 capacitors, and 5 million hand-soldered joints.

It was a big job, but they were up for the task.

"Working double and triple shifts six days a week, this ragtag crew of six female 'computers' … lugged cables and trays between panels on the massive machine. Occasionally they even had to crawl inside it to fix faulty tubes," writes Jared Jones for Upworthy.

"Betty [Holberton] and I were the workhorses and finishers, tying up loose ends," Jean Bartik said in a 2011 interview.

Once the machine was ready, the Computers had the job of teaching the men how to use it. When reporters came to write about ENIAC, most of them assumed the women were just models there to make the device look good.

The women were given a certificate of commendation from the military, but other than that, weren't officially recognised in the project. The night ENIAC was launched, they also weren't invited to the dinner alongside their male counterparts.

"We thought that was terrible," Bartik told CNN. "It was not a secret. The only problem was nobody was interested. They didn't know anything about it." 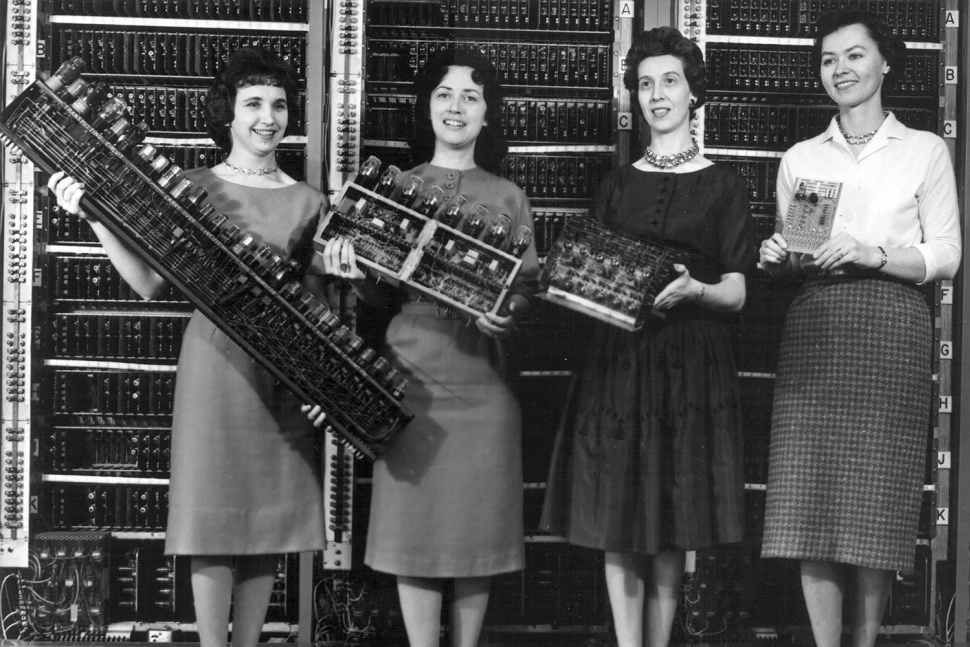 For 50 years, pretty much no one heard about the contributions of the Computers, but finally in 1997, all six of them were inducted into the Women in Technology Hall of Fame. That same year, Holberton received the Augusta Ada Lovelace Award - one of the highest awards for women in computing.

February 15 has now officially ben declared as ENIAC day in honour of their work, and in 2014, a documentary called The Computers detailed their incredible work. In 2015, a school for software engineers was founded in San Francisco, named the Holberton School.

While it's fantastic that these women are finally getting the recognition they deserve, it's not the first or last time women will be overlooked for their achievements.

"I don't feel these men had any evil intention," Carolyn Leighton, founder of Women in Technology International, told CNN. "It's just reflective of a mindset that existed then and exists now, to a different degree. Without question, there are just tons of amazing women in science and technology that nobody knows about."

This International Women's Day, let's try to promote as many women as we can, because everyone's hard work in science and technology deserves to be recognised.