Hyperloop One has unveiled the first images of its test site currently under construction in the Nevada desert, which is set to become the first operational Hyperloop system in the world some time this year.

The LA-based startup is one of a number of companies determined to make Elon Musk's futuristic Hyperloop vision a reality. The concept – billed as the "fifth mode of transport" – is designed to shuttle pods carrying passengers and cargo at speeds of up to 1,220 km/h (760 mph) through sealed, low pressure tubes.

It sounds like science fiction – and sure enough, the idea of superfast tube transport does have roots in classic sci-fi – but the new photos from Nevada show that Hyperloop won't be a fantasy for much longer (we hope). 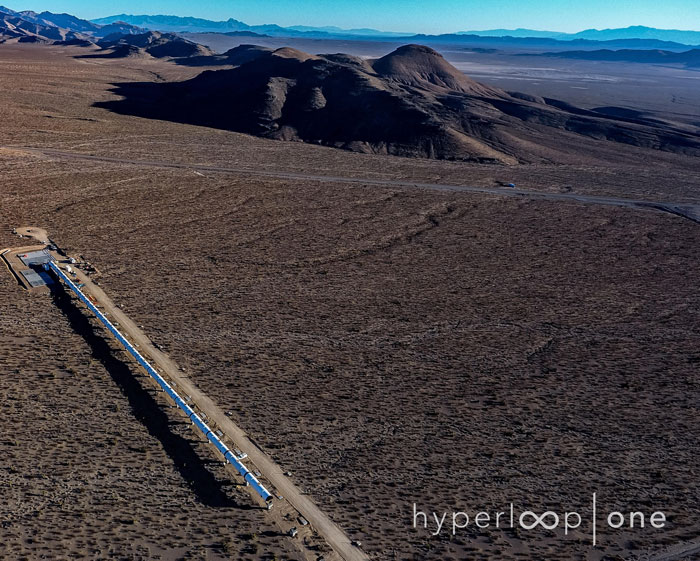 When it's completed in the next few months, the full-scale structure will extend for 3 kilometres (1.86 miles), and while the test system may not carry passengers, it will give the world its first chance to see if Hyperloop can live up some pretty epic hype.

Musk, the CEO of Tesla and SpaceX, first proposed the Hyperloop concept in 2012, and later released a white paper outlining how such a transport system might work.

Musk's original idea was for a Hyperloop tube enabling ultra-fast transit between San Francisco and Los Angeles, but at present it's unclear if a Californian Hyperloop will be a reality in the near future.

Since Musk open-sourced his idea, there have been multiple companies and hundreds of academic research teams working on Hyperloop technology, but the leader at the moment seems to be Hyperloop One.

The startup put on the first demonstration of a Hyperloop propulsion system in May last year, and in October unveiled its plans for the first passenger-carrying Hyperloop system, which it wants to build in the United Arab Emirates (UAE), linking the cities of Dubai and Abu Dhabi.

That route extends for some 159 kilometres (99 miles) and usually takes about 2 hours by car, but Hyperloop One researchers say a Hyperloop pod could make the journey in just 12 minutes.

The company says that pipeline could be ready by 2020, but before that happens, it first needs to demonstrate that its full-scale DevLoop prototype in Nevada works – and can safely reach the insane speeds its engineers have promised.

Which is why all eyes will be on the Nevada site later in the year, to see what could be one of the most important trial runs in the history of human transportation.

If all goes well, it would be a massive boost for Hyperloop technology on the whole, which despite its immense promise, has been clouded by questions over whether it's technologically feasible and in any way affordable. 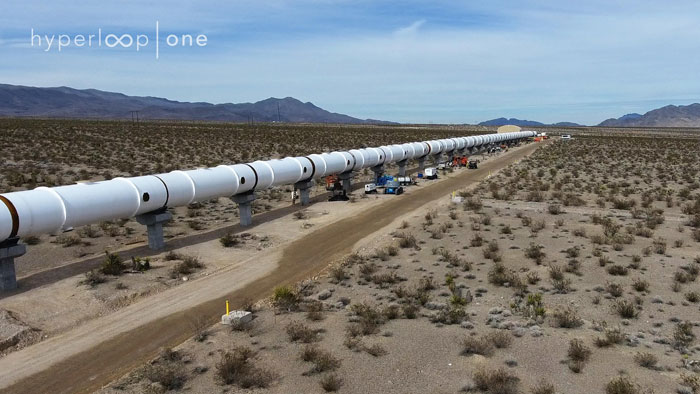 Leaked documents last year showed that the estimated costs of the UAE Hyperloop run to a stunning US$4.8 billion in total – more than $30 million per kilometre, or $52 million per mile.

Still, if anything can convince people that this futuristic transport system is worth its astronomical price tag, it will be a successful demonstration at DevLoop in the months ahead, and we can't wait to see this happen.

For his part, Musk may have given the Hyperloop concept to others to work on, but he's never backed away from his dream of connecting cities with ultra-fast transport corridors.

Last month, he teased a glimpse of a massive boring machine that could potentially dig underground tunnels to ease the burden of transport in traffic-congested cities like LA – part of another Musk venture about which little is currently known, cheekily dubbed the Boring Company.

Asked on Twitter if he were planning to combine Hyperloop and these tunnels to make a "transportation revolution", Musk didn't give too much away: