These Closest-Ever Images of Jupiter Are "Like Nothing We Have Seen Before", Says NASA

NASA just shared the most detailed images of Jupiter that humanity has ever seen, and no one was prepared for how unique the largest planet in our Solar System would be close-up.

The new images were taken by the Juno space probe, which entered Jupiter's orbit in July after a five-year trek across the Solar System. The spacecraft made its first flyby of the planet last week, and got closer than any other spacecraft in history.

It took NASA 1.5 days to download the images from this historic 6-hour flyby, but the haul – showing previously unseen storm systems and weather activity, plus the first-ever images of Jupiter's north pole – have been worth the wait.

"First glimpse of Jupiter's north pole, and it looks like nothing we have seen or imagined before," says principal investigator of the Juno mission Scott Bolton, from the Southwest Research Institute in San Antonio.

"It's bluer in colour up there than other parts of the planet, and there are a lot of storms." 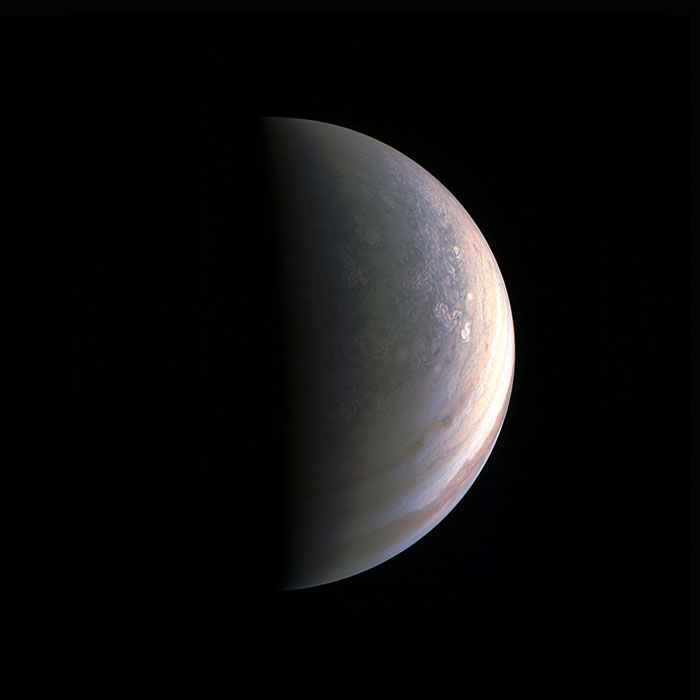 Unlike the familiar striped appearance of Jupiter's mid-section, the north pole, seen in the image above, reveals a mess of swirling hurricane-like storms.

"There is no sign of the latitudinal bands or zone and belts that we are used to – this image is hardly recognisable as Jupiter," says Bolton. "We're seeing signs that the clouds have shadows, possibly indicating that the clouds are at a higher altitude than other features."

Another oddity is the lack of a hexagon formation at the north pole, which researchers expected to find, seeing as the Solar System's other resident gas giant – Saturn – sports such a crown.

"Saturn has a hexagon at the north pole," says Bolton. "There is nothing on Jupiter that anywhere near resembles that. The largest planet in our Solar System is truly unique."

Along with the images of the north pole, the Juno team used an infrared device – the Italian Space Agency's Jovian Infrared Auroral Mapper (JIRAM) – to analyse Jupiter's polar regions in infrared wavelengths.

In addition to revealing warm and hot spots dotted throughout Jupiter's north and south poles, JIRAM also gives us our first glimpse of the planet's southern aurora (seen below). 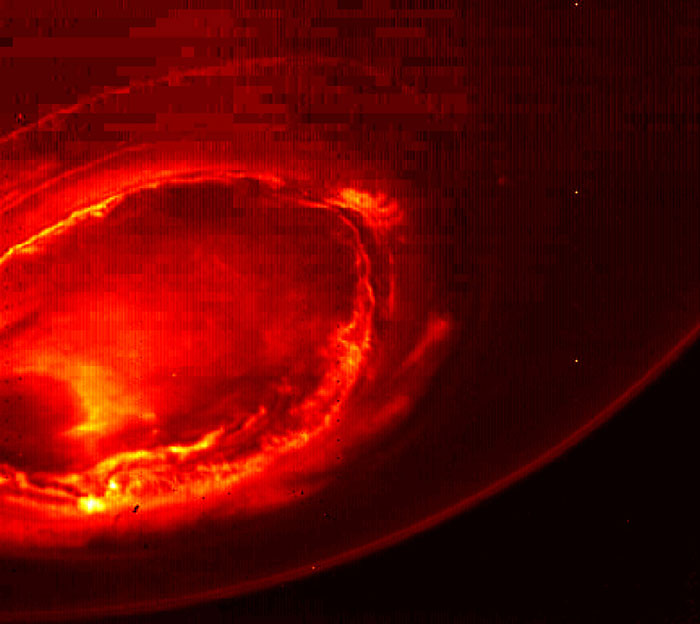 "JIRAM is getting under Jupiter's skin, giving us our first infrared close-ups of the planet," says researcher Alberto Adriani from the Istituto di Astrofisica e Planetologia Spaziali in Rome. "And while we knew that the first ever infrared views of Jupiter's south pole could reveal the planet's southern aurora, we were amazed to see it for the first time."

For this first flyby – during which Juno passed about 4,200 kilometres (2,600 miles) above Jupiter's clouds – the probe activated all eight of its onboard data collection instruments.

One of these, called the Radio/Plasma Wave Experiment instrument (Waves), recorded radio emissions thought to be produced by Jupiter's auroras.

When the signals are converted into an audio frequency, this is what it sounds like – but be warned, it's probably going to send a chill down your spine:

"Jupiter is talking to us in a way only gas-giant worlds can," says Waves co-investigator Bill Kurth from the University of Iowa.

"Waves detected the signature emissions of the energetic particles that generate the massive auroras which encircle Jupiter's north pole. These emissions are the strongest in the Solar System. Now we are going to try to figure out where the electrons come from that are generating them."

NASA researchers have only now begun analysing the data from the probe's first sweep of the planet, but with 35 more orbital flybys yet to come, one thing's for sure: Juno's only just started spilling Jupiter's secrets.

"It's going to be a flood," Juno project scientist Steve Levin from NASA's Jet Propulsion Laboratory told Amina Khan at the Los Angeles Times. "Like drinking from a fire hose." 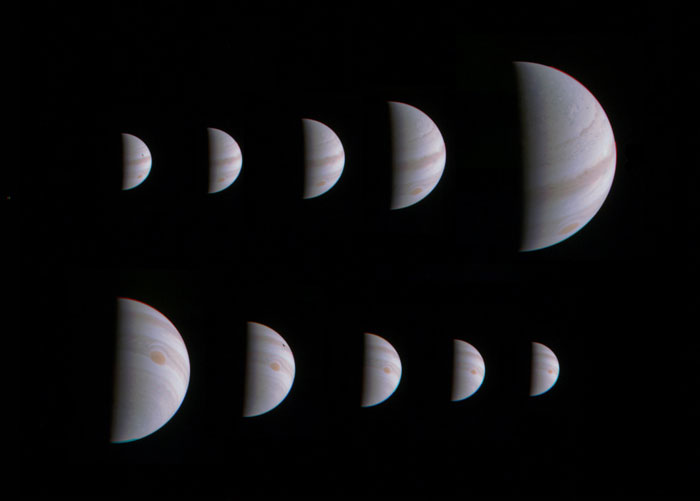 A montage of images as Juno approached and left Jupiter during the fly-by. Credit: NASA/JPL-Caltech/SwRI/MSSS