Five wild lionesses in the Moremi Game Reserve of Botswana have grown big, beautiful manes, and now they're even starting to act like males.

According to recent observations, at least one of these maned lionesses has been roaring frequently, and she's been trying to mate with the other females. She's even killed two lion cubs - a behaviour that's usually reserved to males.

A team of biologists has been following these five 'masculinised' lionesses since 2014, and have now published the first scientific paper documenting the development of manes and male behaviour in wild females.

Of the five, they chose one lioness to focus on, called SaF05.

While three of the maned lionesses were observed courting male lions, SaF05 appears to be targeting both males and females with her affections.

When the team, led by biologist Geoffrey D. Gilfillan from the University of Sussex in the UK, looked back at eight years of data on SaF05, they found that she had displayed sexual mounting behaviour with three females within her own pride on seven separate occasions.

According to the report, none of the maneless females had initiated such behaviour with her, and all homosexual mating attempts were either ignored or met with aggression. 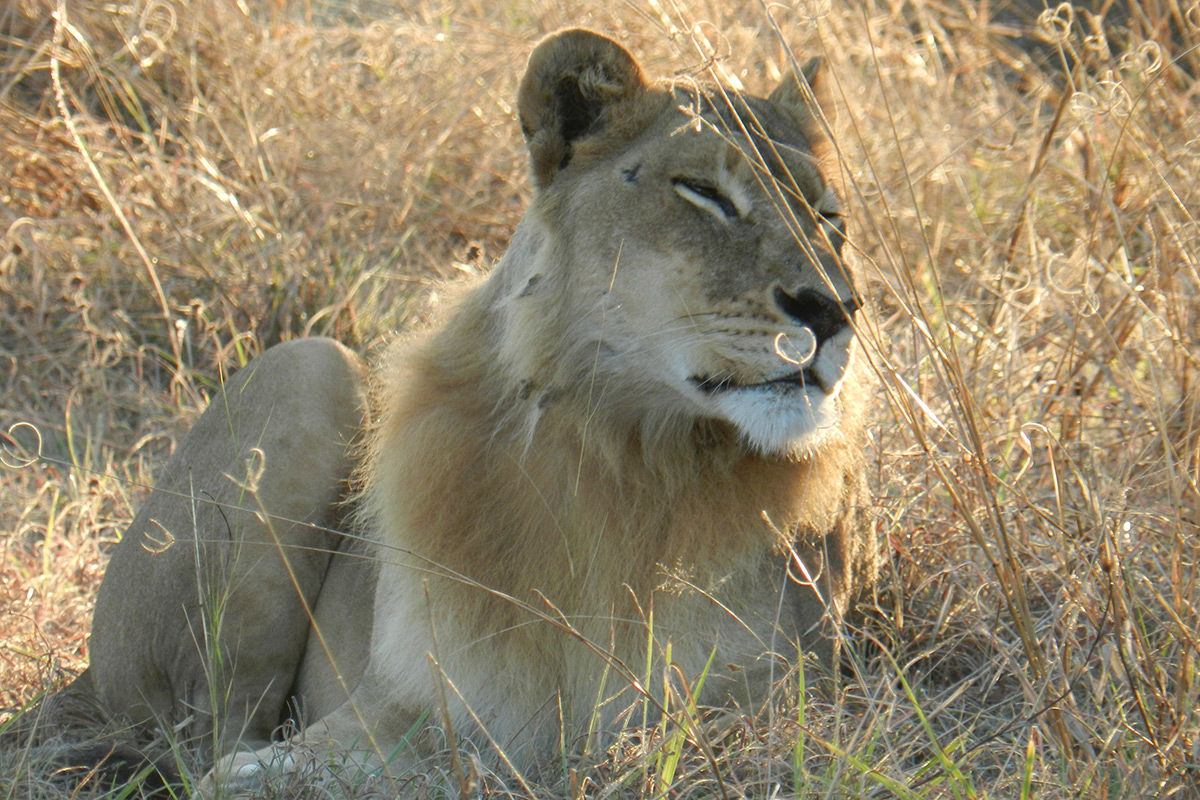 "While SaF05 is mostly female in her behaviour - staying with the pride, mating males - she also has some male behaviours, such as increased scent-marking and roaring, as well as mounting other females," Gilfillan told Karl Gruber at New Scientist.

"Although females do roar and scent-mark like males, they usually do so less frequently," he adds. "SaF05, however, was much more male-like in her behaviour, regularly scent-marking and roaring."

At this stage, no one's entirely sure why this handful of Botswana lionesses have not only developed male physical characteristics, but male behaviours too. But the leading hypothesis right now is that these females have been developing heightened levels of testosterone.

As Gruber explains, when male lions are castrated, they lose their ability to produce testosterone, and as a consequence, often end up losing their mane.

Something similar appears to happen in females, although a lot less frequently.

As we reported back in 2014, a few years ago, a 13-year-old lioness named Emma at the National Zoological Gardens of South Africa started to grow an incredible, honey-coloured mane.

With concerns that Emma's hormones were out of whack, the zoo had her ovaries removed and conducted a biopsy - and while her biopsy showed that she had normal female XX chromosomes, her ovaries revealed something very different.

"Surprisingly, the 'ovaries' that were removed only contained cells normally seen in the testicles of males. This was obviously where the testosterone was being produced," said the zoo's clinical veterinarian, Adrian Tordiffe, at the time.

"After her ovaries were removed, Emma gradually lost her mane hair and returned to her normal female good looks."

It's not clear why some female lions have higher levels of testosterone than others, but it could be that their development was somehow compromised at the point of conception, or while they were forming in the womb.

"If the former case, the genetic contribution of the sperm - which determines the sex of the foetus in most mammals - was probably aberrant, giving rise to a female with some male characteristics," Luke Hunter, president of conservation group Panthera, who wasn't involved in the current study, told Christine Dell'Amore at National Geographic.

"Alternatively, and perhaps more likely, the problem may have occurred during gestation if the foetus was exposed to increased levels of androgens - male hormones - such as testosterone."

The hypothesis is supported by the fact that, so far, all the evidence points to these five masculinised lionesses as being infertile. According to the report, from the eight years of data recorded for SaF05, she has never once been found to be pregnant, and has never given birth.

While this isn't exactly good news for the longevity of the lionesses' pride, the researchers are confident that they're carrying an extremely rare genetic mutation, and the fact that they appear to be infertile means there's zero chance that it will be spread by these particular individuals.

And there is an upside to being a manly lioness - they don't appear to be held back by behaviours that typical females display. Instead, they get the best of both worlds, which means showing neighbouring prides who's boss - lion-style.

"A neighbouring pride stole the zebra from SaF05, but in return SaF05 killed two of their cubs," Gilfillan told New Scientist.

The report has been published in the African Journal of Ecology.