To see distant stars and planets, astronomers must first calibrate their equipment to compensate for Earth's blurry atmosphere - and that's a whole lot easier said than done. In fact, to pull it off, they have to actually create artificial stars, dubbed 'guide stars', using really, really big lasers.

Now, researchers from the European Southern Observatory's (ESO) Paranal Observatory in Chile have created the most powerful one to date - a system they call the Four Laser Guide Star Facility (4LGSF).

The new system, which has been tested since last September, works by shooting four 29.9-centimetre (11.8-inch), 22-watt beams into the atmosphere to basically mark the sky.

As the team explains:

"The Four Laser Guide Star Facility (4LGSF) shines four 22-watt laser beams into the sky to create artificial guide stars by making sodium atoms in the upper atmosphere glow so that they look just like real stars. The artificial stars allow the adaptive optics systems to compensate for the blurring caused by the Earth's atmosphere and so that the telescope can create sharp images."

If astronomers working with ground-based telescopes didn't have guide stars to work with, the image quality would turn out extremely blurry, like a backyard telescope, reports Heather Gross for Air & Space. These systems are generally referred to as adaptive optics.

The first guide star was proposed way back in the 1950s, though researchers lacked the means to make them a reality until the late-1990s, when computing power dramatically increased.

These systems work by basically using the guide star to see how light is bent when it comes through the atmosphere. Using this data, the telescope's mirrors can adjust to straighten the light out.

"The atmosphere is complex and always changing, so a supercomputer is needed to monitor the changes," says Goss. "The computer then sends instructions to a deformable mirror to bend in such a way that the light's wave straightens when it's reflected."

Hopefully, with such a powerful laser system, the newly created guide stars will allow researchers to capture even better images of distant objects in space, which may shed light on multiple mysteries of the Universe. 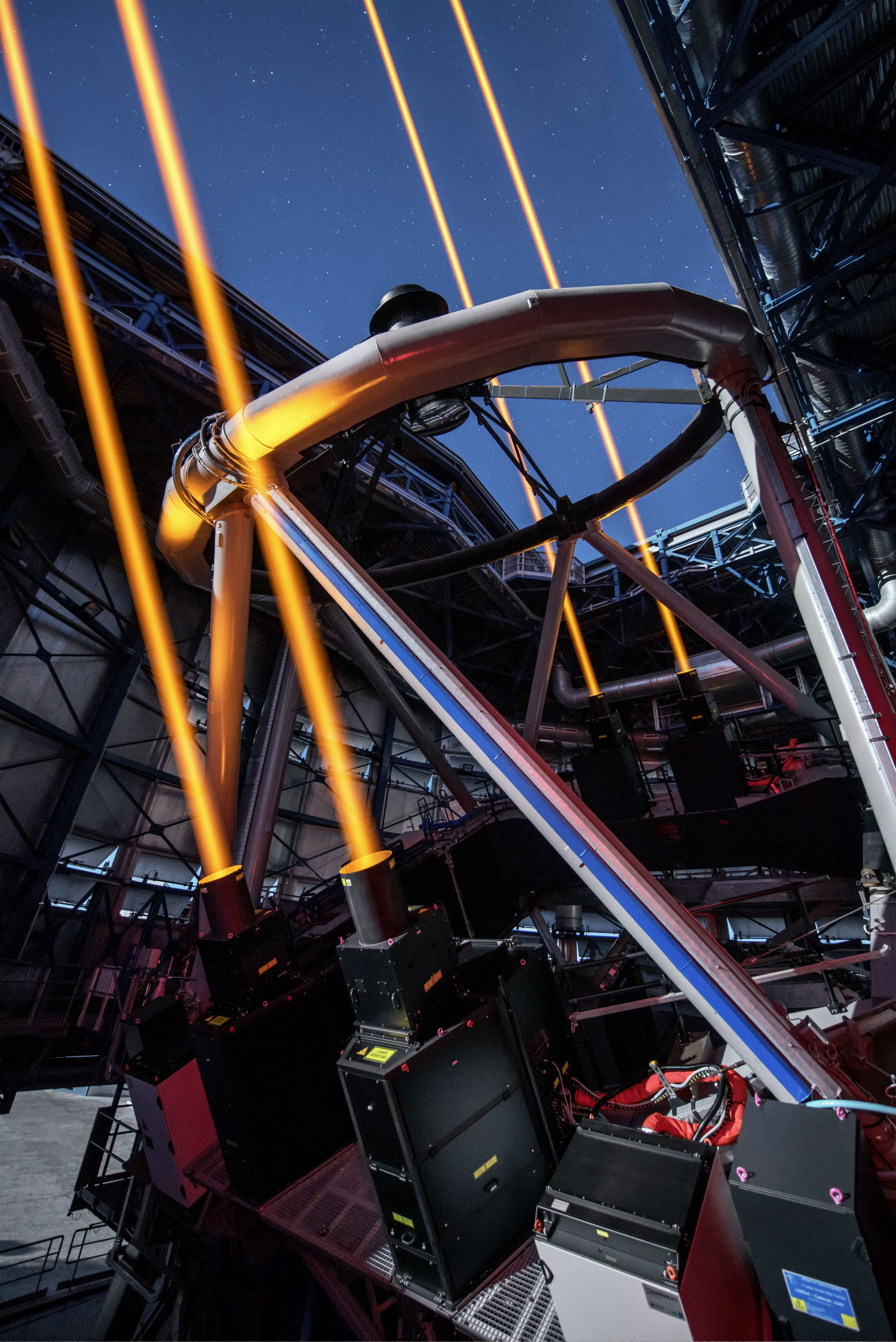