Our planet is constantly changing each and every day, and now thanks to researchers at the University of Cincinnati, we can see some of those shifts mapped over the course of a quarter of a century.

The new maps published by the team show 22 percent of Earth's livable surface has dramatically altered between 1992 and 2015. The colourful charts show changes in forests, agricultural land and wetlands, water gain and loss, and more.

These graphics have been produced to better understand migration patterns across the globe – why people might flee from one spot to another – but they also highlight just how quickly our landscapes are changing. 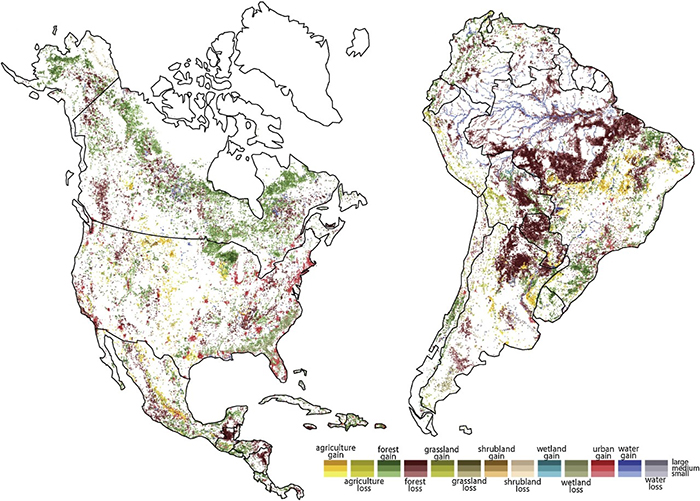 "We already knew about deforestation or wetland loss or increasing urbanisation," says one of the team, geographer Tomasz Stepinski. "But now we can see exactly where all of that is happening."

"It's very informative. There is nothing else like it. There are maps of forest loss but no maps showing everything."

The maps were constructed from years of detailed satellite data, with the world packaged up into 9-kilometre by 9-kilometre (5.6-mile by 5.6 mile) squares and assigned a use type. Those use types were then colour-coded to produce the maps.

Originally collected by the European Space Agency (ESA) to study climate change and the carbon cycle – because a forest canopy can absorb a lot more carbon than a barren desert – the data can be adapted for many different uses, as this study shows.

"The great achievement for the European Space Agency was to make sure the satellite images were compatible from year to year so you could compare them," says Stepinski.

The maps show extensive forest loss in Central and South America, for instance, while one of the dominant patterns worldwide was forests being adapted for farmland. At the same time, increased urbanisation is visible in North America and Europe, while the south east of the United States has seen plenty of wetlands lost. 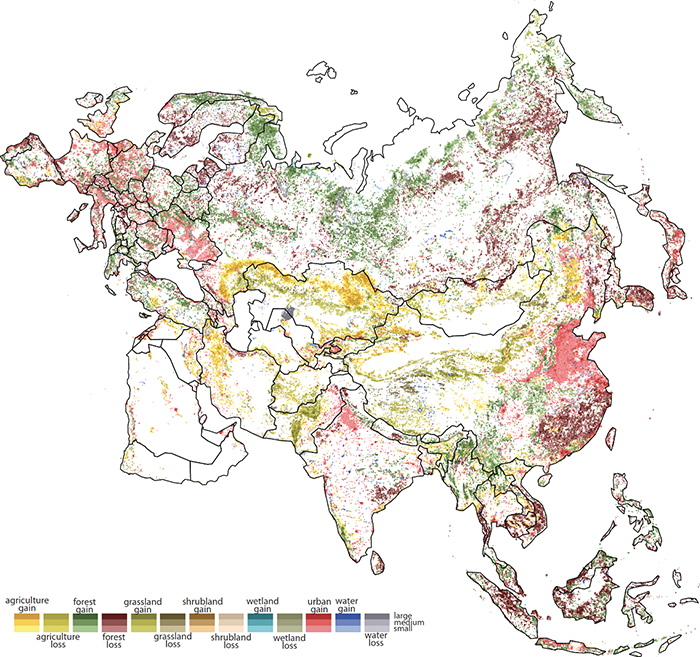 Over the last 24 years the Sahara Desert has grown, the maps show, as grassland has turned into desert because of rising temperatures. The diagrams chart the drying up of the Aral Sea in central Asia too, after farmers used its water for cotton field irrigation.

All of these shifts influence patterns of migration, the researchers note. As well as the ongoing effects of climate change, the more direct changes humans are making to the planet – like cutting down forests to make room for farmland – are also having an impact on where people can live and thrive.

"Right now there are caravans of people walking to the United States," says Stepinski. "Many of them are coming from Guatemala, and they've lost the forest because people use wood for fuel. It's one part of the refugee crisis."

Stepinski says it's depressing that such big changes are happening in such a short period of time. The question now is what the next quarter of a century might look like – but as the population grows, so will the demands on the planet's resources. 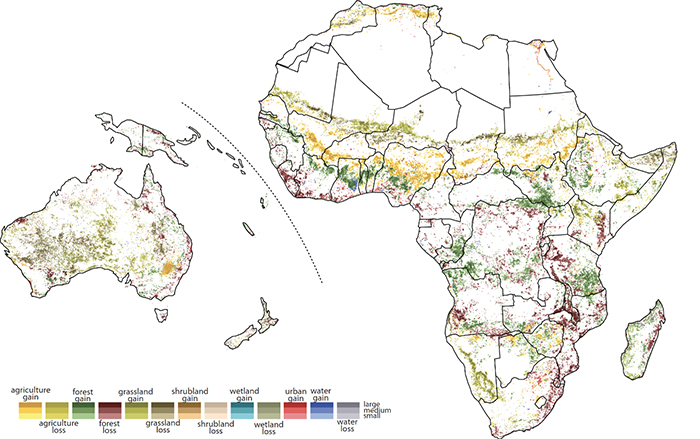 "I hope this map will make people more aware of the human impact on our planet," says one of the team, Jakub Nowosad.

"As a society, we need to be better informed of the scale of changes we make to the Earth, and in my opinion, this awareness can influence future changes in environmental policies."

The research has been published in the International Journal of Applied Earth Observation and Geoinformation.