Megafires Are Catastrophically Destructive, But These Microbes Thrive in Them

L. atratum, one of the fungi that thrived. (Dylan Enright/UCR)

We know that there are some truly hardy microorganisms out there – able to survive in deep space and deep underground, for example – but a group of microbes identified in a new study might be the most impressively robust yet.

The research describes fungi and bacteria that have not only survived the 2016 Soberanes megafire in California's redwood tanoak forests but actually thrived as a result of the fire. Understanding how and why this happens could aid recovery efforts for regions affected by wildfires' devastating impacts.

Further analysis revealed that microbes that did cling on to life and subsequently flourish are genetically linked, a finding that should offer more clues as to why these forms of life are able to make it through the burning. 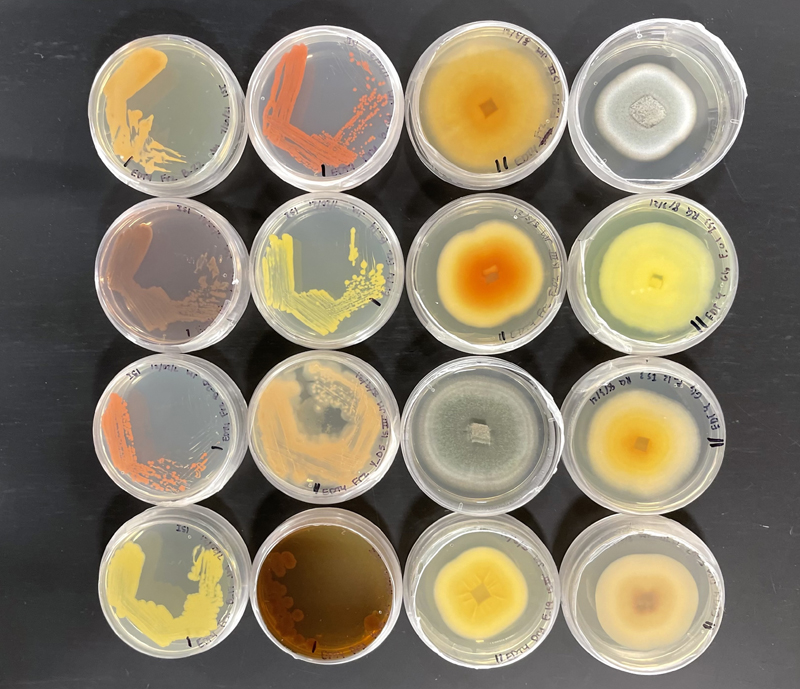 "They have shared adaptive traits that allow them to respond to fire, and this improves our ability to predict which microbes will respond, either positively or negatively, to events like these," says mycologist Sydney Glassman from the University of California, Riverside.

The soil samples came from plots researchers established in the mid-2000s to study the outbreak of sudden oak death; they first collected samples in 2013, and they compared their contents with samples taken immediately after the fire in 2016.

Not all of the established plots were affected by the fire, so the team even had access to an unburned control plot for comparison.

Overall, there was up to a 70 percent decline in fungi species richness, while bacterial species declined by up to 52 percent per sample. But some bacterial groups, including Actinobacteria (which helps plant material decompose) and Firmicutes (which helps plant growth and controls plant pathogens), ended up thriving.

As for fungi, the heat-resistant Basidioascus yeast saw a massive increase. The yeast degrades various components of wood, including lignin (the tough part of plant cell walls that keeps them structured and protected).

Penicillium is another genus that did rather well out of the fire, and the team of researchers is now keen to figure out how these various microbes grew in number. It's likely that different types of microbes used different methods.

"Penicillium is probably taking advantage of food released from necromass, or 'dead bodies', and some species may also be able to eat charcoal," says Glassman.

Megafires – the term used to describe the historically significant, large-scale fires of recent years that are becoming more intense and covering a wider area – are happening more often as climate change pushes temperatures up and increases snowmelt.

Even though wildfires are a natural part of many ecosystems, they used to be low in severity and pass over an area quickly, helping to revitalize the soil, clear away some dead plants, and help others with their reproduction.

Megafires, however, lead to catastrophic ecosystem damage. The 2016 Soberanes megafire, for example, ended up burning around 132,127 acres or 53,470 hectares of land.

At the moment, not much is known about how soils and their microbiomes respond to megafires, partly because it's so difficult to predict where the flames will spring up and then travel to. The Soberanes megafire in 2016. (CalFire)

The next step for experts is to take the survival strategies offered by these fungi and bacteria and work out how they can be applied to restoration efforts – getting forests back into their previous biodiverse state.

"It's not likely plants can recover from megafires without beneficial fungi that supply roots with nutrients, or bacteria that transform extra carbon and nitrogen in post-fire soil," says Glassman. "Understanding the microbes is key to any restoration effort."

The research has been published in Molecular Ecology.