These Scientists Are Teaching Kids to Spot Bullsh*t Health Advice

In a world filled with dodgy TV doctors and viral Facebook posts, there's a lot of pseudoscience out there, and it can cause people to make some pretty poor health choices.

While it's easy to get frustrated with people who refuse to vaccinate their kids or swap scientifically backed cancer treatment for juice fasts, it's not entirely their fault. Without a science degree, it can be hard to sort sensible, fact-based guidance from crap - and unfortunately, spotting dodgy research isn't something we're taught at school.

But an international team of scientists is hoping to change that, and is leading a world-first study in Uganda that's teaching kids to "detect bullshit when bullshit is being presented to them", Sir Iain Chalmers, one of the co-founders of the Informed Health Choices initiative, told Julia Belluz over at Vox.

So far, their teaching materials, lesson plans, and workbooks have been tested on more than 15,000 Ugandan primary school kids in a randomised controlled trial, with the goal of not just debunking scientific myths, but actually educating enough people in the community so that they don't become established in the first place.

The results of the Ugandan trial are still being analysed, but if it works, it could be the beginning of a new generation of people who won't put up with bullshit claims.

The teaching materials and books are all inspired by a free guide on evidence-based medicine, called Testing Treatments, which gives non-scientists the tools they need to spot dodgy health advice.

But one of Chalmers' co-founders, Andy Oxman, came up with the idea of targeting this material to kids, instead of adults.

"Working with policymakers made it clear most adults don't have time to learn, and they have to unlearn a lot of stuff," Oxman told Belluz. "We started out with primary school children because that's the right age to start; it's when you need to build a foundation."

From Testing Treatments, Oxman and Chalmers identified 32 key concepts that people need to understand when assessing medical claims, and then turned them into a range of learning materials.

There's a comic book, teachers' notes, games, and YouTube videos, and also a podcast that they're testing in a separate trial on families at home.

They decided to trial it in Uganda partly because Oxman already had links with the country, but also because it's rife with pseudoscience.

A lot of it goes back to local medical myths, but there are also rumours circulating that people should replace antiretroviral therapies for HIV with herbal supplements, and avoid vaccinations, as they could lead to infertility problems in the future.

"Some people have been told to use locally available stuff like cow dung [on burns] - it's almost the best known treatment," co-investigator Allen Nsangi told Vox.

In their trial, they took more than 15,000 fifth-graders, mostly aged between 10 and 12, and split them into two groups. Half of the kids were given their materials during the second school term, while half weren't. The groups were then tested to see how well they could assess health claims.

The results are currently being analysed, and we'll hopefully hear about the results in the coming months. The team also want to test the children again in a year to see how long-lasting the education is.

"My hope is that these resources get used in curricula in schools around the world, and that we end up with the children … who become science-literate citizens and who can participate in sensible discussion about policy and our health," Oxman told Belluz. "I'm looking to the future. I think it's too late for my generation." 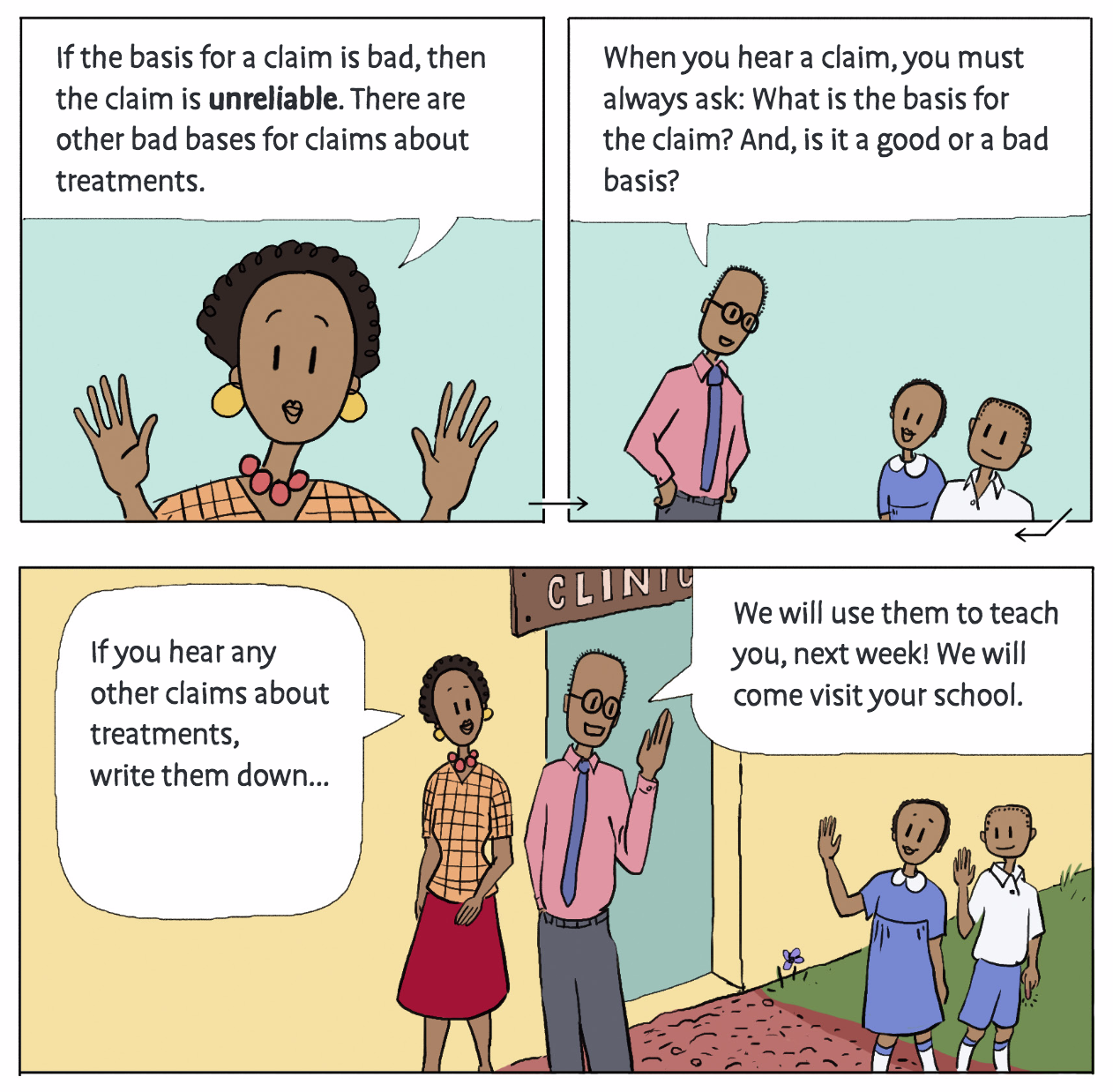 The materials have also been used in the UK, Kenya, Rwanda, and Norway, and future trials are planned in Australia.

Only time will tell how effective the Informed Health Choices project is, but either way, the results of the study will give researchers plenty of guidance on how to guide children to make better decisions in future. And that's more important than ever.