These Trippy Images Show How Google's AI Sees The World

Google's image recognition programs are usually trained to look for specific objects, like cars or dogs. But now, in a process Google's engineers are calling 'inceptionism', these artificial intelligence networks were fed random images of landscapes and static noise. What they get back sheds light on how AI perceive the world, and the possibility that computers can be creative too.

The AI networks churned out some insane images and took the engineers on a hallucinatory trip full of knights with dog heads, a tapestry of eyes, pig-snails, and pagodas in the sky.

Engineers trained the network by "showing it millions of training examples and gradually adjusting the network parameters," according to Google's research blog. The image below was produced by a network that was taught to look for animals:

Each of Google's AI networks is made of a hierarchy of layers, usually about "10 to 30 stacked layers of artificial neurons". The first layer, called the input layer, can detect very basic features like the edges of objects. The engineers found that this layer tended to produce strokes and swirls in objects, as in the image of a pair of ibex below:

As an image progresses through each layer, the network will look for more complicated structures, until the final layer makes a decision about the objects in the image. This AI searched for animals in a photo of clouds in a blue sky and ended up creating animal hybrids:

Google's engineers used this process to verify that the AI were correctly learning the right features of the objects they were meant to learn. Artificial intelligence trained to identify places and building features spat out the trippiest images, like this landscape that features arches, fountains, a bus, and red phone booths: 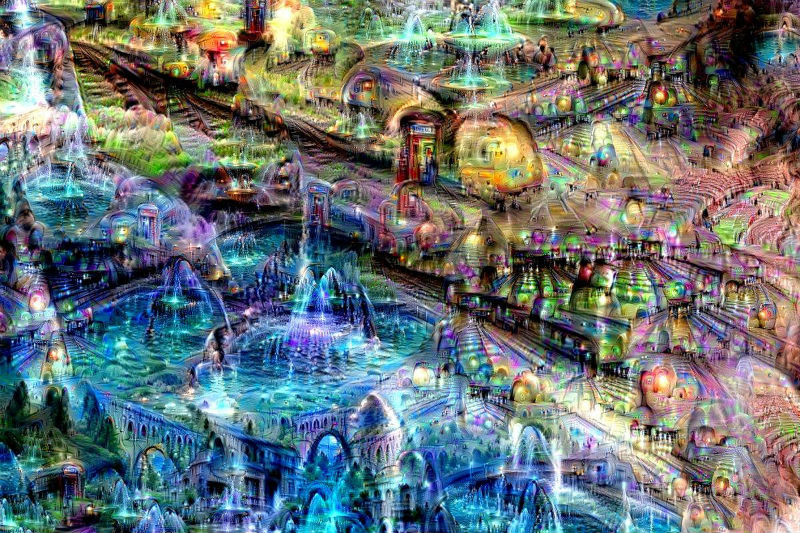 The engineers found that the AI tended to populate specific features with the same object. For example, horizons tended "to get filled with towers and pagodas" and "rocks and trees turn into buildings".

A smiley face emerges from a background of seemingly random arches and circle:

One AI network turned an image of a red tree into a tapestry of dogs, birds, cars, buildings and bikes:

The majority of the AI networks were trained with images of animals. One AI network populated an image of a waterfall with dogs, birds, pigs and goats: 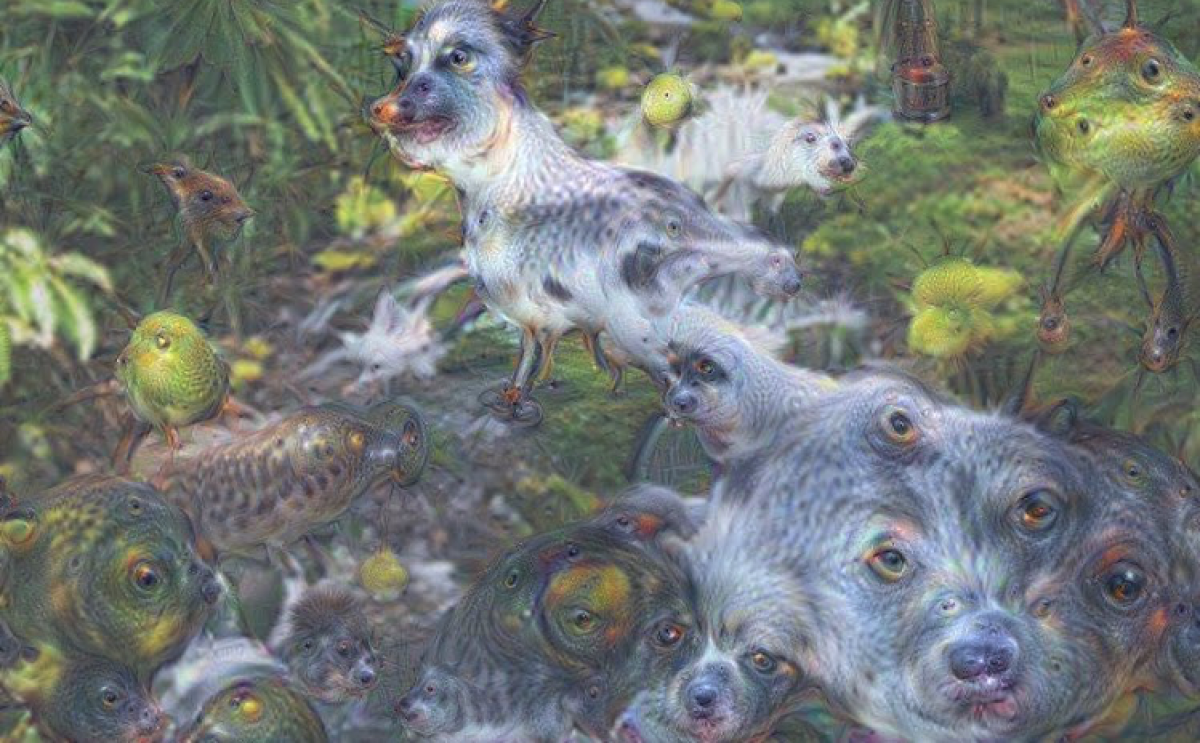