An Alien-Looking Underground Plant Was Just Rediscovered, 150 Years After We Last Saw It

Thismia neptunis is a fickle plant. Living underground, it only shows its face to flower for a few weeks a year, and when you live in the remote jungles of Malaysia, it might be a while between human visits.

The first time scientists stumbled across this elusive plant was in 1866 - an Italian botanist named Odoardo Beccari, who is known for finding and categorising hundreds of species of plants, came across the flower in the Gunung Matang massif in western Sarawak, Malaysia.

Then, nobody saw it again for more than a century.

But in 2017, a group of researchers from the Czech Republic were searching through that same area and struck gold - T. neptunis!

The flowering part of the plant is only about 9 centimetres (3.5 inches) tall, which the researchers think might have to do with it's elusive status.

"Its inconspicuous appearance may potentially contribute to our limited knowledge on its distribution as it may be easily overlooked in the field," they wrote in the new paper.

"To our knowledge, it is only the second finding of the species in total. We therefore provide its amended description, inclusive internal characters, and very first photographic documentation of this iconic and, due to its peculiar appearance and also the name, almost mythical plant."

But scientists aren't just excited about how rare the plant is - it also has some really weird qualities.

T. neptunis belongs to a group known as myco-heterotrophic plants, which use fungi as a food source instead of the good old-fashioned Sun.

They no longer need chlorophyll, have no leaves, and don't even bother photosynthesising – instead getting their nutrients from specific fungi species.

As weird as these guys are, we're super-impressed by how accurate the drawings in 1866 were. It really does give you a sense of how alien this species looks: 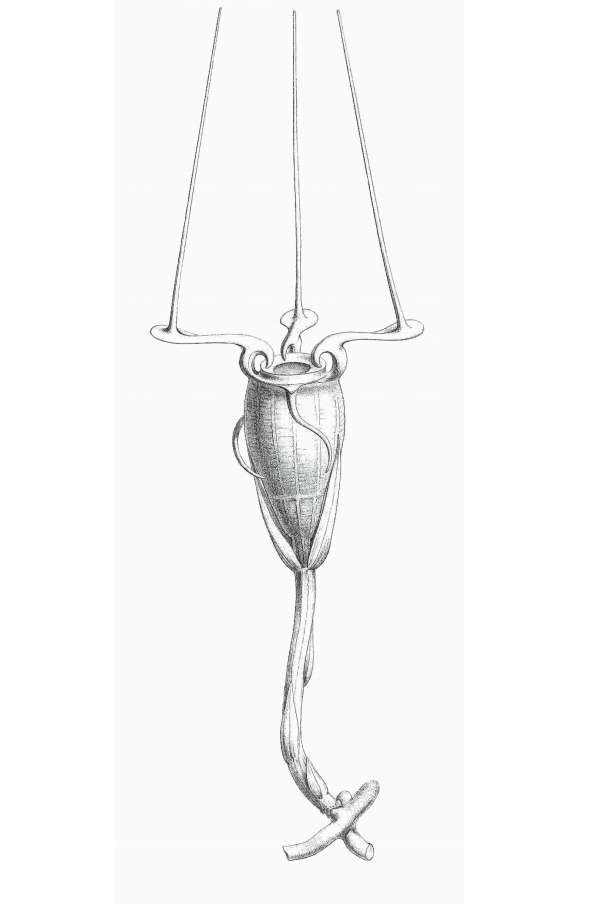 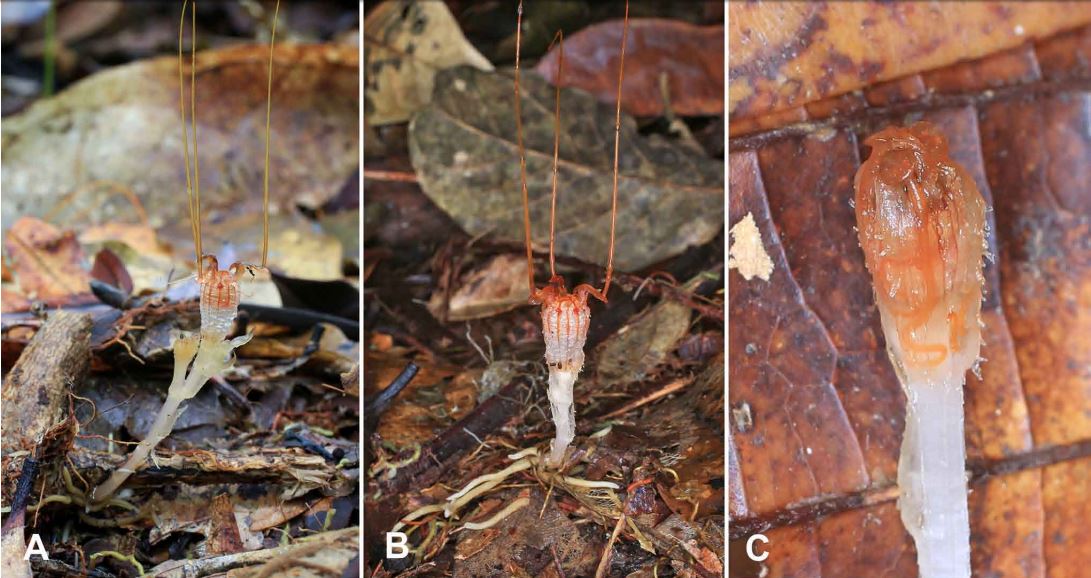 The research has been published in Phytotaxa.