Ancient Roman Board Game Reveals What Games Night Looked Like 1,700 Years Ago

Let us introduce you to one of the board games played by the ancient Romans some 1,700 years ago: it's called ludus latrunculorum, and it looks like a version of it has been unearthed at a burial mound site in Norway.

The find comprises 19 playing pieces in total, including elongated dice that look more like writing implements than the little cubes we use today. This 'game of brigands' was thought to be similar to chess, draughts or backgammon, pitting players against each other in a challenge of military tactics.

The Ytre Fosse site in western Norway dates from the early Iron Age, around 300 CE, and is right by an important sea route known as the 'Nordvegen' or 'north way'. Some scholars think it was once so important, it's possible Norway actually takes its name from it. 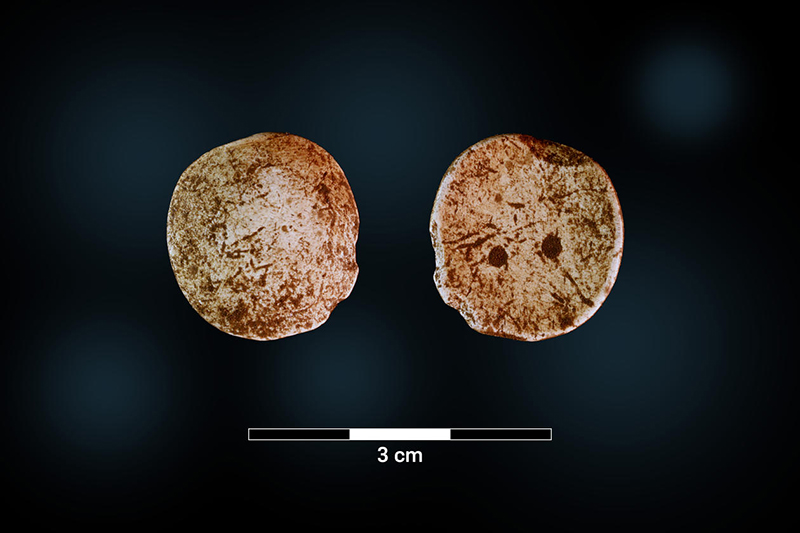 It's very rare for archaeologists to come across a large set of pieces like this in Scandinavia, (unfortunately the board of the game is still missing), but the location of the find could explain what the game was doing here – it could have been a way for traders to socialise or pass the time.

According to the archaeologists, the burial mound the game pieces were found in most likely belonged to someone of significant status. Other unearthed objects – including pottery, bone, a bronze needle, and burnt glass – back up this idea. The plot itself comprised a central section of burned ground surrounded by rocks.

"These are status objects that testify to contact with the Roman Empire, where they liked to enjoy themselves with board games," historian Morten Ramstad from the Bergen University Museum in Norway told the Norwegian public broadcaster NRK.

"People who played games like this were local aristocracy or upper class. The game showed that you had the time, profits and ability to think strategically." 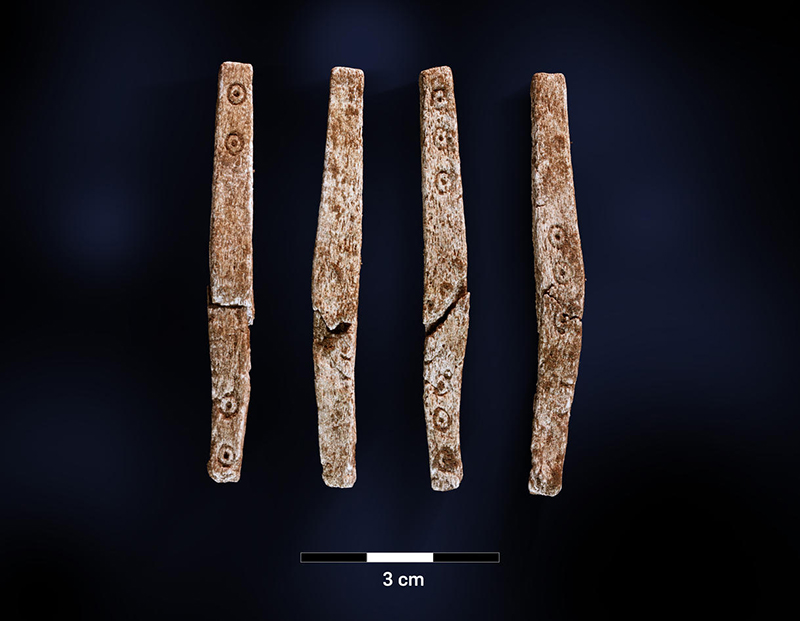 The recovered dice, from all four angles. (Bergen University Museum)

The recovered game pieces are made of bone and are relatively well preserved, the researchers say. On the long dice, it's possible to make out small circles representing the numbers zero, three, four, and five.

It's a fascinating glimpse into humanity's past, and a finding that could tell historians more about how early Iron Age Norwegian culture developed. The game could well have been a precursor to the Viking board game hnefatafl (or "king's table").

Pieces from that game – or one related to it – were recently uncovered on Lindisfarne, a small island off the coast of northeastern England. As with ludus latrunculorum, the strategic gameplay involved is comparable to chess.

The next steps are for the pieces to be expertly preserved, and then it's hoped that they'll be put on display in a museum.

"Finding a game that is almost two thousand years old is incredibly fascinating," Ramstad told NRK. "It tells us that the people then were not very different from us."