Imagine, if you will, an ancient, engorged tick feasting on the blood of a monkey in a steamy tropical jungle as far back as 45 million years ago.

Suddenly, the monkey's companion discovers the tick while grooming its partner, and roughly flings it aside, where the injured, bleeding parasite sinks into a dense, sticky tree sap. Over time, the sap slowly fossilises into amber, preserving the punctured pest in a frozen time capsule, surrounded by the oozing blood droplets of its last meal.

It's quite a scene, and according to renowned entomologist George Poinar Jr from Oregon State University, it's the likeliest back story for what he says is the oldest known fossilised red blood cells from a mammal. 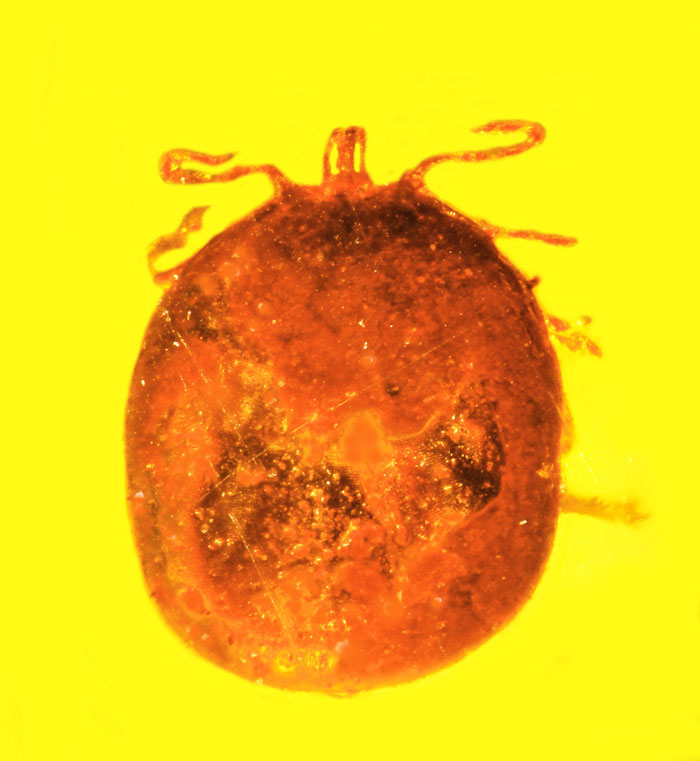 You can see two large puncture marks in the middle of the tick's back. Credit: George Poinar Jr/Oregon State University

While it's possible the blood could have originally been sucked from canines or rabbits, based on the size of the red blood cells (erythrocytes) in the amber, the proximity to tree sap makes monkeys more probable, says Poinar Jr.

"These two tiny holes indicate that something picked a tick off the mammal it was feeding on, puncturing it in the process and dropping it immediately into tree sap," he adds.

"This would be consistent with the grooming behaviour of monkeys that we know lived at that time in this region."

Not only does the specimen reveal the tick and its last meal, but if you examine the scene under a microscope, the specimen holds the only known fossils of a tick-borne parasite that's still around today, called Babesia microti.

Babesia microti infects the blood cells of humans and other animals, causing a potentially fatal disease called babesiosis in humans. A related parasite is responsible for the bovine form of the disease, called Texas cattle fever.

The amber specimen shows that this tick-borne pest has been plaguing animals for millions of years, says Poinar Jr. 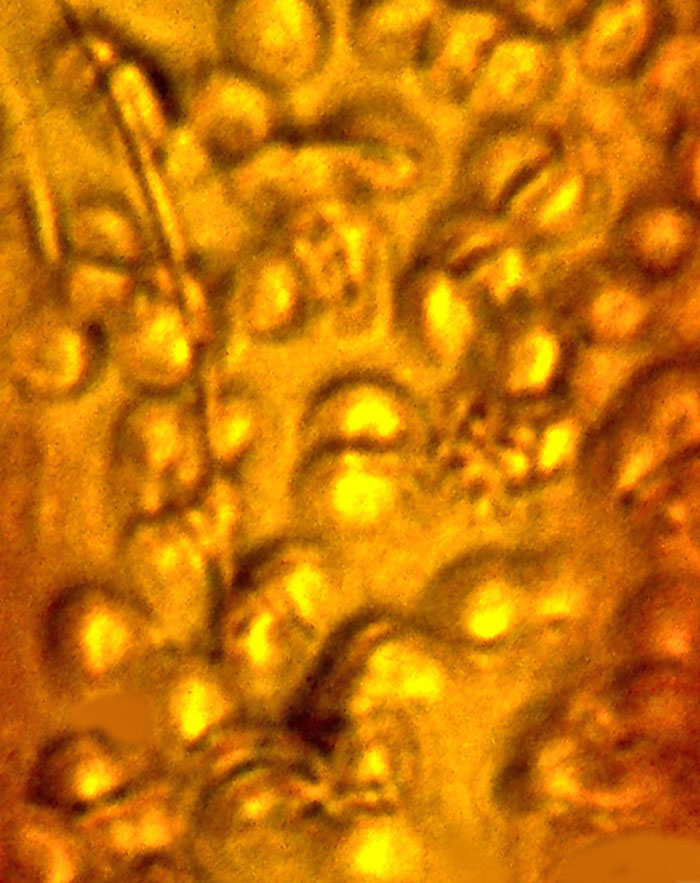 "The fossilised blood cells, infected with these parasites, are simply amazing in their detail," he says. "This discovery provides the only known fossils of Babesia-type pathogens."

If it all this amber time capsule stuff sounds a little like something out of Jurassic Park, that's no coincidence.

Poinar Jr's research in the 1980s examining ancient critters (and their genetic structures) being preserved in fossilised amber was part of what inspired novelist and filmmaker Michael Crichton to incorporate the ideas into his famous dinosaur-resurrecting story:

In more recent years, the researcher has looked at the origins of malaria in the time of dinosaurs, and identified a whole new order of insect.

After decades of this research, Poinar Jr remains just as fascinated with how ancient insects from several million years ago can still teach us important scientific lessons.

"The life forms we find in amber can reveal so much about the history and evolution of diseases we still struggle with today," he says.

"This parasite, for instance, was clearly around millions of years before humans, and appears to have evolved alongside primates, among other hosts."

As for whether there's any chance we could extract the genetic code from this ancient monkey bite to recreate primates from Earth's distant past, Jurassic Park-style, Poinar Jr isn't too hopeful.

"Oh, I wish I could get some DNA out of the specimen," he told Ryan F. Mandelbaum at Gizmodo, "but it would destroy it... so I am not trying at the moment."

The findings are reported in the Journal of Medical Entomology.